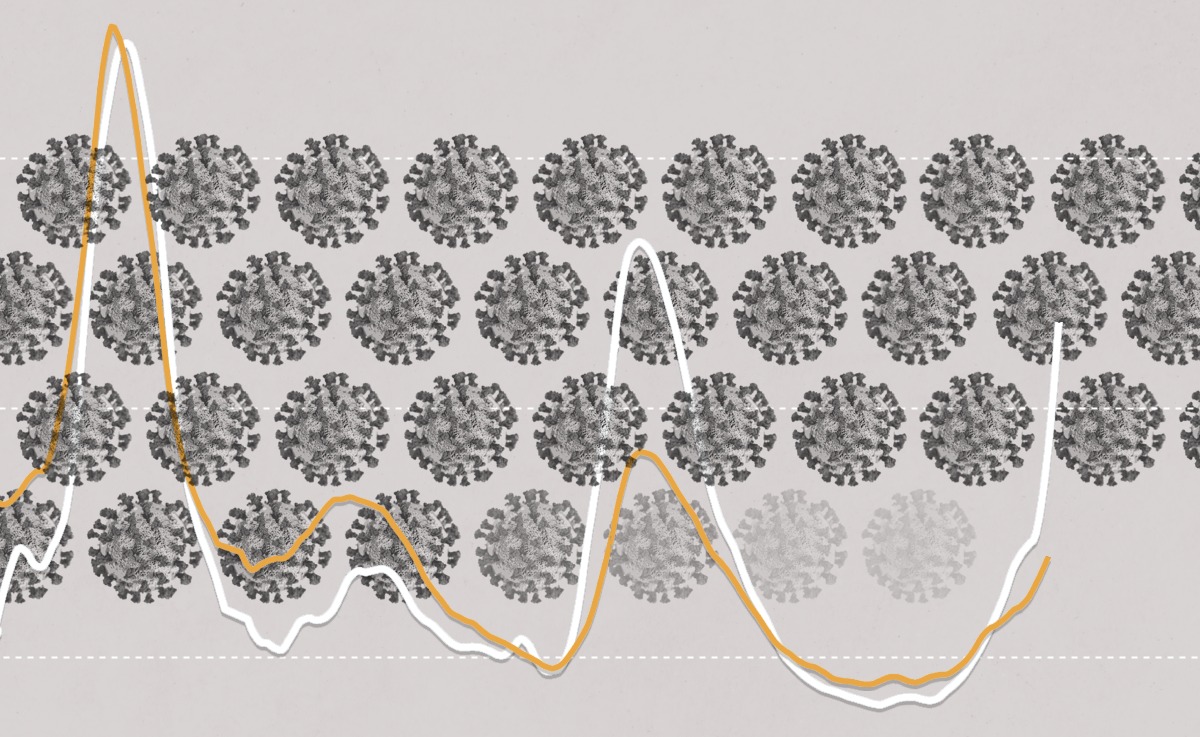 This text belongs to the ‘newsletter’ of Kiko Llaneras. Can sign up here and receive it every week in your mail.

Cases continue to grow exponentially in Spain, but the measures have barely tightened. This week, the Government approved a more than doubtful effectiveness restriction, the outdoor mask, and it was decided to relax the quarantines, which will not help curb the virus but quite the opposite.

Some countries have acted more firmly, but in Spain the Government and most communities have decided to wait. According to the Oxford University Restrictions Index, we are among the countries with few measures, behind the USA, Belgium or the UK, and even further behind Italy, France, Greece or Germany.

Does this mean that Spain is doomed to an overflow of hospitals? No. What it means is that we are betting more optimistically or less cautiously. A wave of omicron will be milder case by case, maybe enough for hospitals to resist. That positive result may even be probable. If I am concerned about the lack of measures, it is not because I believe that it condemns us to collapse, but because it seems risky to me. I fear that it will leave us unprotected in the face of perhaps less probable but serious scenarios. Spain is trusting more than others in two things: in the lightness of the omicron and in personal precautions, in those meetings that you cancel and in the tests that you buy if you can.

The above is just my personal judgment. Below I compile the most relevant data, with the good news of this week and with the concerns that remain.

1. Cases continue to rise very fast in Europe. It occurs in Spain, the United Kingdom or Denmark and this explosion of contagions is the great cause for concern: although a wave of omicron is milder, as long as the cases are not stopped, its consequences can be a problem for society. This week Spain has registered more infections than ever before in the pandemic.

The rate of contagion is tremendous. In London, omicron cases went from 2% to 80% in two weeks; In the US, they reached 73% in seven days.

Two features of the variant are considered firm. The first, that omicron extends with an advantage over delta. The second, that this is largely due to the fact that it reduces immune protection against infection, both in vaccinated people and in reinfections.

In Spain, infections grow exponentially in almost all communities. In a logarithmic graph you see straight lines, that is, the contagions are periodically doubled.

2. Hospital admissions are also on the rise. The graph below puts them in relation to those in previous waves. Daily earnings this week are approaching the worst figure of the summer wave (they are 80% of that peak) and will still rise. They are still a long way from the January 2020 wave, with revenue figures a third of the worst hit then.

As the cases have grown so much, it is possible that a part of this income is people who have covid, but who have been admitted for another disease. Many? A reference is the data from London, which separates the two: there 80% of the income is from covid and 20% is from covid.

3. The good news is that in South Africa the infections have slowed down very quickly. The cases detected and the positivity of the tests are decreasing. The entire outbreak has been short: the wave rose and peaked in just four weeks, while the previous delta wave took 10 weeks to top.

This brevity is also seen in the South African region of Gauteng, the epicenter of the first outbreak, according to an analysis by John Burn-Murdoch for Financial Times. And the same may be happening in London, the UK’s hardest hit area, whose official data shows a turnaround.

This transience would be welcome, if confirmed: “The omicron peak would still be very explosive”, has explained on Twitter the biostatistician Tom Wenseleers: “but with a bit of luck it could also be short and sink just as fast.”

4. Another good news is that evidence is accumulating that omicron waves have a lower risk of hospitalization. It was suggested by the previous graph for Spain and is supported by finer analyzes in the United Kingdom, Scotland and South Africa.

Revenues per case are less than half that of delta. The Scottish study estimates that the risk of hospitalization is reduced to 33%, and that of Imperial College, referring to the United Kingdom, speaks of a reduction to 50%. They bode well for countries like Spain, with immunity levels similar to those of the United Kingdom, because it means that for each registered case we must expect less income than in the past.

In this sense, the risk assessment of the United Kingdom Health Security Agency (UKHSA) was updated, which is producing more information, and faster, than any other country: “Three analyzes support a moderate reduction in the relative risk of hospitalization for a person detected as an omicron case, compared to delta ”.

Quantifying this reduction remains pending. The report uses the term “moderate reduction,” and epidemiologist Meaghan Kall, one of its authors, I emphasized it this Thursday. “This does not mean that omicron causes mild illness. There are epidemiological studies that tell us that it is less likely to cause serious disease. [Pero] In an individual, omicron can absolutely cause severe illness. And in fact, we are seeing the increase in hospitalizations with omicron ”.

5. We are talking about observed gravity, real on the ground, and it is useful to distinguish it from intrinsic gravity. That there is less risk of income for those infected with omicron seems to have two causes: in part it may be that omicron is naturally less serious, and in part it happens that it causes more reinfections and that these are less serious. The second seems proven, but untangling both is difficult.

The Imperial College study tries. They believe that the new variant is a little less severe: the risk of hospitalization for an unimmunized infected is reduced perhaps 30% with omicron in relation to the delta variant. But they give more importance to the other factor. They assume that with omicron there are five times more reinfections (if with delta they are 8% of the cases, with the new variant they are 40%). And on that they add a key: they have estimated that the risk of entry for the reinfected is reduced by half. This would explain a part of the lower severity that we observe: omicron causes more reinfections, which enter less.

See also  Alberto Fernández: The Argentine president surrounds himself with the old South American left to celebrate the halfway point of his term | International

But that brings us back to an important point: the danger of the new variant has always been its ability to infect immunized people and multiply infections.

6. The risk is that, although there are fewer hospitalizations for each case, the infections continue to multiply. It is the warning from the UK report: “Even with the observed reduced risk of hospitalization, the combination of omicron’s growth advantage and immune escape properties has the potential to lead to a very high number of hospital admissions.”

The danger is there: although omicron only causes a third of hospitalizations due to infection, compared to delta, if the cases quadruple we would be worse off. So it will be great news to confirm point three, that cases stop growing in South Africa, in London and then here.

At the moment, the income is going up. In Spain they have grown 50% in two weeks, and that trend will continue as long as cases continue to skyrocket. Also, you have to think beyond hospitalizations. There are consequences in having an increasing number of infected and absent toilets. Our health system already operates with a tension that comes from four fronts: it has been in tension for months, it loses personnel, it has relaunched the third-dose vaccination and, in addition, now income due to covid is rising.

The epidemiologist Marc Lipsitch, who was one of the alarm bells back in February 2020, made a summary of the situation with an omicron, which I now make my own: “We are far from having evidence that its severity is low enough for not be a concern at the societal level, especially with hospitals already stressed. “

Can sign up here to receive the weekly newsletter of Kiko Llaneras in your email. You can also write him with ideas, comments or clues to his email: [email protected].