Skip to content
Home News Space weather took out 40 SpaceX satellites, and it’s a hazard that will get worse 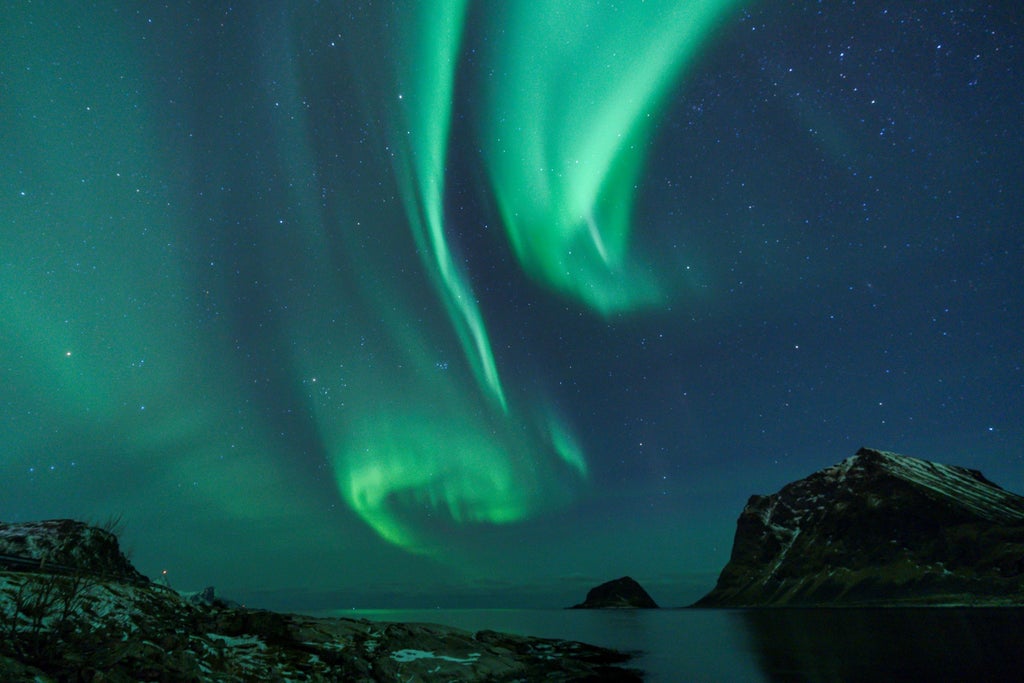 SpaceX just lost 40 of its newest satellites to a geomagnetic storm caused by solar radiation, a hazard that will only increase for Elon Musk’s company and other satellite operators over the coming few years.

SpaceX launched its latest batch of 49 Starlink satellites on 3 February, the latest in a constellation of more than 1900 small satellites providing broadband internet connectivity from low Earth orbit. On 4 February, a mass of charged particles ejected from the sun in late January reached Earth, dumping their energy into the planet’s magnetic field and increasing the density of the upper atmosphere.

Satellites launched into low Earth orbit always contain some amount of atmospheric drag, but in a statement released 8 February, SpaceX noted the drag produced by the geomagnetic storm was 50% higher than in earlier launches. The company acknowledged that the drag was too much for 40 of the 49 satellites, which have reentered or will soon reenter the Earth’s atmosphere.

It’s not clear why SpaceX chose to launch the satellites when it did, given that the US National Oceanic and Atmospheric Administration (NOAA) predicted the geomagnetic storm would occur in early February after observing solar flare activity on 29 January. But it’s a problem that could increase for SpaceX — and other satellite constellation operators such as OneWeb — as the sun’s activity increases toward the peak of its 11-year cycle in 2025 to 2026.

The sun produces a continuous stream of charged particles known as the solar wind, but when our star is particularly active, eruptions on its surface can expel much larger amounts of radiation. Those eruptions are tied up with phenomena known as sunspots.

More than simply a dark area on the sun’s surface, a sunspot is a nexus of twisted magnetic fields within the sun, according to Thomas Berger, a solar physicist, and director of the Space Weather Technology, Research and Education Center at the University of Colorado , Boulder. When those magnetic fields boom exceptionally twisted and energized, it explodes in a solar magnetic eruption, generating a solar flare.

But the energy doesn’t just disappear, it sends Earth’s magnetic field shuddering and heats and expands the upper atmosphere. How much the atmosphere expands depends on the strength of the incoming radiation and subsequent geomagnetic storm, the latter of which are graded on an intensity scale of G1 to G5.

“It’s logarithmic,” Dr Berger said, so that “the G5 is five orders of magnitude stronger than a G1.”

The storm that took down the SpaceX satellites was a G1, and didn’t affect the upper atmosphere much beyond 200 kilometers altitude, according to Dr Berger, but that was right where the newly launched SpaceX satellites were flying, not having boosted into higher, more stable orbits. Given that NOAA had predicted the geomagnetic storm, and that it’s a puzzle, he says, why SpaceX chose to launch when it did.

“Our hypothesis is that a), people didn’t really realize what the density perturbations at 200 kilometers could do, and b), they probably weren’t doing real time monitoring of the geomagnetic storm,” Dr Berger said. “And a six-hour forecast issued six hours before launch probably would have said to them, ‘Yeah, it’s just going to be a G1, it’s not going to do much, don’t worry about it.’

The good news for SpaceX is that they can likely avoid future satellite losses simply by monitoring space weather in real time and delaying or rescheduling a launch. But the bad news is space weather is likely to become an increasing problem they will have to work around, at least for the next few years.

“We are a planet orbiting a magnetic star, called the sun in our case, and that magnetic star goes through cycles,” Dr Berger said, a 10- to 1-year cycle of increasing and then decreasing sunspot and magnetic activity. “They started counting these 10-year cycles back in the 1850s, so we’re right now coming up into what we call solar cycle 25.”

It’s a cycle that won’t peak until 2025 or 2026, and “as that magnetic field ramps up on the sun, you get more and more of these eruptions and they tend to be bigger,” Dr Berger said.

A G5 geomagnetic storm can increase upper atmospheric density all the way up to 1,000 kilometers altitude, affecting essentially all satellites in low Earth orbit. Satellite operators can boost their satellite’s against the increased atmospheric drag, but this requires using a limited supply of propellant, reducing the satellite’s lifespan and increasing costs.

Worse still, there are objects in orbit that cannot be boosted against the atmospheric drag during a geomagnetic storm, such as defunct satellites, old rocket stages and the thousands of other pieces of space junk in orbit.

Historically, Dr Berger said, smaller geomagnetic storms have helped clean space junk from lower orbits, speeding it on its way to a fiery demise in the Earth’s atmosphere. But a larger storm, such as G5 would influence space junk at higher altitudes, but not enough to pull the objects into reentry, meaning the tens of thousands of pieces of space junk tracked by the US Space Force and other organizations would no longer be where they thought they were.

“So while SpaceX might be able to say, ‘hey, we know where our satellites are,’ suddenly they don’t know where any of the debris is anymore,” Dr Berger said. “That’s kind of our scenario that we worry about. If there is a big storm, what are we going to do to rapidly reacquire the debris objects?”

Worse still, space has become increasingly crowded. The last time Earth experienced a G5 geomagnetic storm was 2003, Dr Berger said, “when the orbital domain was much, much less crowded than it is today.”

There were fewer than 1,000 active satellites in orbit in 2003, and nearly 5,000 in orbit by 2020. SpaceX alone plans to eventually launch more than 40,000 satellites for its Starlink program, all of which could be vulnerable to space junk after a geomagnetic storm, potentially turning into space junk themselves.

Researchers at Berger’s space weather center at the University of Colorado, at Nasa, and ESA are working to try and prevent such cataclysmic chain reactions in orbit by working to better understand space weather.

And ESA’s newly named Vigil spacecraft, which is expected to launch in the middle of the decade, will keep a close watch on the sun itself to help provide early warnings of space weather events.

With better modeling of space weather and more advanced warnings, Dr Berger said, researchers could one day monitor satellites and prevent collisions during a geomagnetic storm, “But we’re not there yet.”