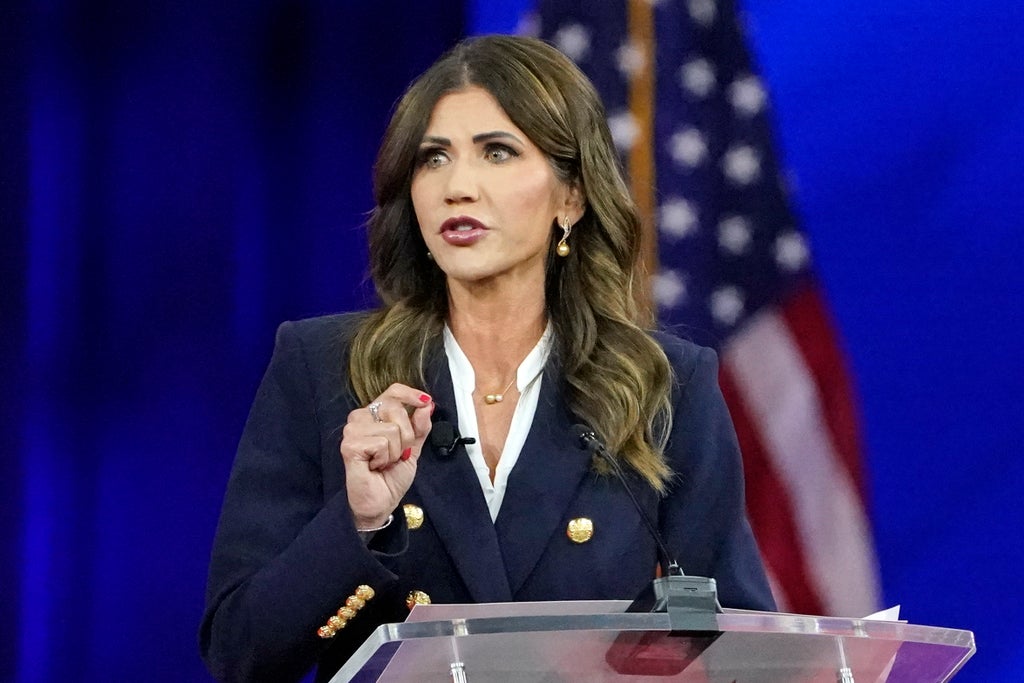 The South Dakota House on Tuesday rejected a Republican-sponsored resolution to criticize Gov. Kristi Noem for allegedly interfering in a state agency to aid her daughter’s application for a real estate appraiser license.

Democrats and a group of Republicans who have sparred with the GOP governor joined to support the resolution, which would have had no force of law. It was rejected on a 29-38 vote in the GOP-controlled House.

The resolution, brought by Republican Rep. John Mills, aimed to call Noem’s conduct “unacceptable” and “detrimental” to the morale of state employees for an episode that was first reported by The Associated Press. Mills said he was troubled after hearing that report and following a subsequent legislative inquiry.

“I thought about the message that was being telegraphed to state employees — a message that said even if something is unethical or possibly illegal, if the governor asks, I’ve got three choices: I either do what is asked, I quit, or I risk being fired,” Mills said in a speech on the House floor.

After the Appraiser Certification Program in July 2020 moved to deny Noem’s daughter an appraiser license, Noem held a meeting with her daughter, the program director and other key decision-makers in the agency. Noem’s daughter, Kassidy Peters, received an extra opportunity to show her appraiser work from her could meet federal requirements and she received her license months later.

Shortly after that, the agency’s director, Sherry Bren, was pressured to retire. She eventually received a $200,000 settlement to withdraw an age discrimination complaint.

Noem has repeatedly denied wrongdoing and implied that Bren was standing in the way of efforts to make it easier for potential appraisers to obtain licenses.

“The resolution is filled with lies,” said Noem’s spokesman Ian Fury. “Kassidy received no special treatment, and her agreement with her was in the works before the meeting.”

Fury asserted that last year’s legislative inquiry “found no wrongdoing,” though the committee did not issue any final assessment. Also, three out of the five House lawmakers who served on the committee voted for the resolution.

Fury pointed out that the House speaker could have assigned the resolution to a committee, where it would have had a more robust hearing.

“I’m done talking about this political hit job,” Fury said. “The governor is focused on serving the people.”

Tuesday’s House vote showed an unwillingness by rank-and-file Republicans to openly criticize Noem, despite last year’s inquiry in which a legislative committee heard testimony both from Bren and a Cabinet secretary.

Meanwhile, lawmakers have moved to gain more power to look into settlements after the legislative probe was hampered at times.

Both Bren and Noem’s secretary for the Department of Labor and Regulation, Marcia Hultman, declined last year to answer lawmakers’ questions about why Bren was pressured to retire. They were both bound by a nondisparagement clause in the $200,000 agreement.

Both the Senate and House have passed measures to clarify that nondisparagement clauses in settlements cannot be used to stop people from speaking in certain closed-door legislative meetings. Because the Senate made changes to the House version of the bill, both chambers would have to agree on a version before it can be sent to Noem’s desk.

A separate state agency, the Government Accountability Board, is also evaluating a complaint from the attorney general against Noem for her conduct. It has given her until April to respond.