Skip to content
Home News ‘Somebody bad took her mawmaw’: Family of New Orleans car-jacking victim Linda Frickey want the world to see what happened to her 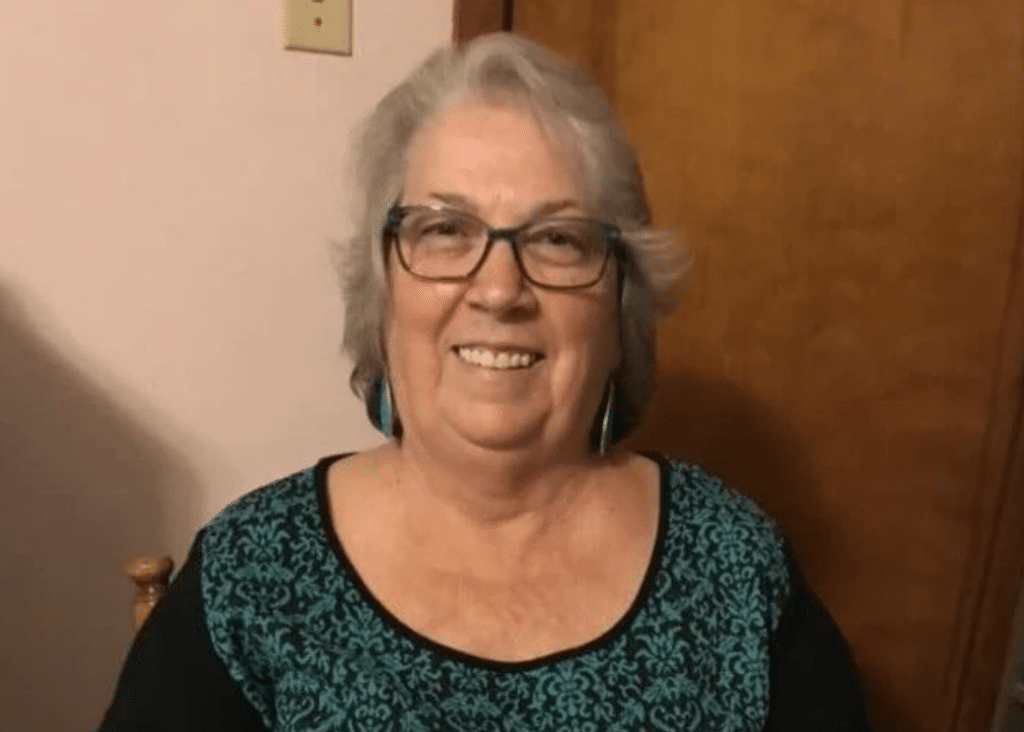 Linda Frickey’s family wants the whole world to watch footage of the horrific carjacking that claimed her life.

Surveillance cameras caught the moment Ms Frickey, 73, was encircled by four attackers as she sat in her 2021 gray Nissan Kicks after leaving work in New Orleans’ Mid-City neighborhood on Monday afternoon.

One opened the driver’s door and sprayed mace directly in her face, another assailant stomped on her face.

Ms Frickey’s arms and clothes became caught up in her seatbelt, and she was dragged for more than a block along the road as the carjackers tried to drive off, tearing off one of her arms. She died at the scene.

“When we close our eyes we can see her being dragged,” Ms Frickey’s sister-in-law Kathy Richard told The Independent from New Orleans.

“My brother can hear her screams. She was screaming, ‘please stop, let me go’, and he just took off and swung her round, her clothes from her were ripped off of her. She’s mangled, we can barely have an open funeral for her.”

Footage released by New Orleans police doesn’t include the most graphic parts of the attack. And as painful as it is for the family, Ms Richard said it was important for people to see the tape.

“They’re gut-wrenching. But we want everybody to see ’em, to see what these people have done,” Ms Richard told The Independent.

“If he’d just said ‘get out’, she would have got out of the car. She never hurt nobody. All she did was help people. And for what? They dumped the car 12-15 blocks away.

“Right now our heads are swirling.”

Ms Richard said they learned from police that the male suspect had recently been released from juvenile detention for a similar offence.

“We’re all very angry because this boy was set free for the same thing. I don’t want Linda’s death to be in vain. This is too horrible. We can’t go on letting it get swept under the rug.”

Police are planning to charge the four teenagers with second-degree murder, and will seek to try them as adults.

Ms Frickey was an insurance agent, mother of two and ‘mawmaw’ to four grandchildren, had been planning to retire in November to see out her golden years with husband Ricky.

The family haven’t told her youngest granddaughter, aged 7, what happened.

“All she knows is that somebody bad took her mawmaw,” Ms Richard said.

Ms Frickey grew up speaking Cajun French in the Louisiana bayou as part of a large, tight-knit family.

Most of the siblings still lived nearby one another, and had supported one another after Hurricane Ida tore through their area last August.

“Ricky and Linda’s house had excessive damage and the insurance company didn’t give them anything,” Ms Richard said.

“But we’ve been dealing with hurricanes for generations. We join forces, huddle together, you go to the safest person’s house, and you get through it.

“And after the storm passes you pick up the pieces and you put everything together as a family. That’s what we are.

Ms Richard said her family lived simply, and many didn’t use cellphones or the internet.

The family plans to start a foundation called Linda’s Love to raise awareness for crimes against senior citizens and lobby for harsher sentences.

“You know how when you drive through a construction site or school zone and the penalties are harsher?

“We want to see the same thing for any act of violence against senior citizens. We’re going to make sure her death of her was n’t in vain. ”

After police released images of the suspects, the parents of one of the 15-year-old girls called detectives to turn their daughter in.

The parents of the 17-year-old male also contacted police, and he was located with the 16-year-old girl after police executed a search warrant. The fourth suspect voluntarily turned herself in Tuesday afternoon, police said.