It’s a rumor that has circulated in Cornwall for decades. Many believe social housing is being built in the holiday hotspot for ‘problem families’ from Manchester and Liverpool, or being bought from developers to ‘ship people out’. The claim centers around the notion that northern councils ‘dump’ people in Cornwall because they are not wanted in their areas – and this is causing all sorts of crime in Cornish towns and villages.

But local figures have fought for years to put it to bed – including former Penzance councilor Cornelius Olivier, who describes it as a ‘bizarre’ and ‘very odd’ conspiracy theory. “People got it into their heads that council housing was being built by northern councils,” the chair for the St Ives Labor Party said.

If Manchester City Council wanted to do that, why would they come down here? You wouldn’t do it in Cornwall because it’s so expensive.

“We have low wages, among the lowest in the country but we have house prices above average so it’s a very difficult place to live. I don’t hear the rumor very often, but lots of people who I thought would have known better believe it. Cornwall is great and the people are lovely but they think bad things come from the outside.”

The 60-year-old believes the rumor stems from a fear that much-needed housing is being given to people from outside of Cornwall. “I think what Annoys Cornish people a lot is that people think we’re living inside paradise because we’re not,” he continued. In terms of housing, they’re being built because we’ve lost all those houses to holiday homes.

See also  No fracture lines | The game of science

“We don’t need housing for northerners, we need them for our own people. It’s a bizarre rumor and none of us can get our heads around it.”

Dashing the false rumours, then Councillor Olivier told a Cornwall Council meeting: “The public want to believe what they want to believe. Some people want to believe that we are building new houses for Mancunians and Liverpudlians who are sent here by their local councils. No matter how much that is explained to them that that is not the case they won’t change their minds.”

More recently, the rumor has been resurfacing in national newspaper comment sections, below stories about Cornwall’s housing issues. A Manchester City Council spokesperson said: “This story, which crops up occasionally, is not correct. To be clear, there is no truth in Manchester City Council buying up any property in Cornwall.” 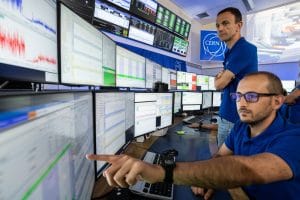