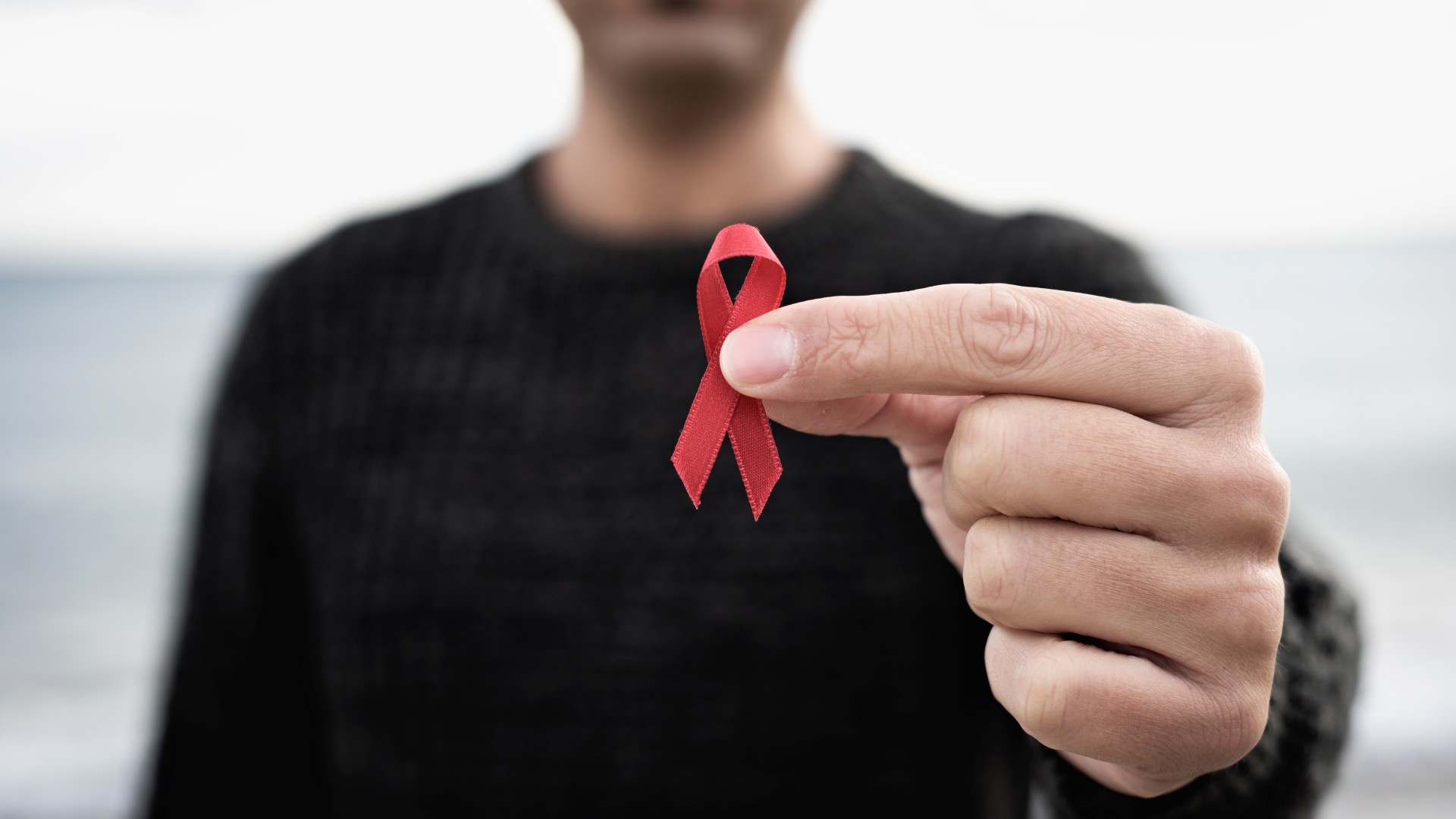 “We were told that a previous attempt had not yielded the expected results, but this study is different. You can see that there is great motivation and we are all very excited ”. Adrián (not his real name) is one of the around 250 Spaniards who participate in the Mosaic international clinical trial, which seeks to determine whether your vaccination regimen is capable of protect against HIV transmission, the human immunodeficiency virus type 1. This week he will receive the third dose, the penultimate one, and he is hopeful. Although he knows that the study might not result in the definitive vaccine, having grown up with the fear of HIV makes him wish that this time he would be able to put a new end to the disease. Especially on a date as special as this Wednesday, International Day of the fight against AIDS.

Javier Sánchez is another of the volunteers immersed in phase III, the last before its commercialization, of this historic project developed by Johnson & Johnson. “There is a lot of confidence that it can finally bring the vaccine”, tells RTVE.es. Sánchez acknowledges that the medical team does not offer detailed information due to confidentiality, but he has been able to verify that the atmosphere is highly positive. This is confirmed to RTVE.es by Dr. Miguel Górgolas, head of the Infectious Diseases Department of the Jiménez Díaz Foundation in Madrid, one of the six Spanish centers participating in the trial. According to the doctor, the study is “hopeful.”

However, there is still a long way to go. As stated in the Spanish Registry of Clinical Trials, the study includes a selection period of 45 days, a 12-month vaccination time and a follow-up phase of at least 18 months after the fourth dose in participants who remain HIV-1 negative. In fact, Mosaico’s official website notes that the entire process can take “around four years.”

“It would mean the end of a nightmare“

The test is carried out simultaneously in eight countries (Argentina, Brazil, Mexico, Peru, Italy, Poland, Spain and the United States), includes 3,800 participants and, if satisfactory data is obtained, “would mean the end of a nightmare”, as Sánchez points out. According to data from the United Nations program on HIV, UNAIDS, 680,000 people died of AIDS-related diseases in 2020. In addition, 37.7 million people had the virus and 1.5 million contracted the infection during the same anus. Another pandemic that these volunteers, together with the experts, are trying to end.

The difficult task of recruiting participants

Recruiting participants was not an easy task for some health centers. Many had fear of getting infected with the administration of any of the vaccines, something that was quickly denied by some of the Spanish hospitals that are part of the trial. This, together with the outreach work of volunteers like Sánchez, who decided to create a thread on the social network Twitter, made the study progress. “Nowadays, volunteers are no longer needed” because “the moment they started talking about it, the fear passed,” says the young man.

“As what is not talked about does not exist, today I wanted to tell you a little something: today they gave me the second dose of the Mosaico clinical trial to find a vaccine for HIV. Important: they are still looking for volunteers. I share questions and answers that I asked myself before starting ↩️ pic.twitter.com/EPRui5CZi4“

These volunteers have had to overcome a selection process which has several requirements. First, the participants are cisgender men or transgender people who have gay or transgender sex. The choice of this segment of the population is due to the fact that they represent the highest risks of infection: transgender women have a 34 times greater chance and homosexual men face a 25 times greater risk (UNAIDS, 2020). In fact, and according to the National Institute of Statistics, in 2020 in Spain 80.7% of HIV-related deaths were men.

There are also other criteria that patients have had to meet, such as having between 18 and 60 years, not be infected with HIV and have not used pre-exposure prophylaxis (PrEP). As Sánchez says, during the first visit they received questions about their medical history and his general state of health, which was carefully examined. They also explained that only 50% were going to be inoculated with the vaccines, while the other half would receive placebo. This has aim of eliminating the possibility that people behave differently depending on the treatment they receive, for example having or not having unsafe sex.

“I am from a marked generation, it has conditioned my whole life“

Once inside the study, the medical team offered them various guidelines and recommendations such as continuing with the sexual disease prevention measures, since the effectiveness of the vaccine is not yet proven and, therefore, it does not relieve the volunteers of the precautions. Possible side effects (tiredness, fatigue, pain at the injection site …) were part of another of the conversations, but they did not diminish the enthusiasm and desire of the three volunteers interviewed by RTVE.es. As one of them, Adrián, recounts, it was an opportunity to help eliminate the fear of HIV that he grew up with that he could not let go of: “I am from a generation marked by this issue, it has conditioned my whole life.”

According to Dr. Miguel Górgolas, the novelty of Mosaico lies in the use of two types of vaccines: one containing a adenovirus (a synthetic copy made in the laboratory) with viral particles from all over the world, and another with a protein molecule. “As in a mosaic, different pieces are used,” said doctor Vicente Estrada in RTVE.es.

In total, volunteers undergo four management points throughout a year. While in the first two vaccination appointments a prick is made with only one of the components, in the remaining two injections are inoculated. But not all participants receive the vaccine, approximately 50% of them are injected with placebo, sterile salt water. Something that neither the doctors nor the volunteers know, as Górgolas explains: “We are blind, we do not know if the patient has received doses of vaccine or placebo.”

As for the side effects, the interviewees highlight a “slight headache”. “I had a little pain in my arm and nightmares during the first and second night,” explains Sánchez, who says that the effects are very similar to those you experienced after vaccination against coronavirus. For about eight days after each dose, participants should record symptoms and other highlights such as temperature in a “patient diary.” In addition, they have at their disposal a contact with the “emergency” medical team and receive a call a week after the injection, says Miguel, another of the participants.

Another consequence to expect is the vaccine-induced seropositive results (VISP), which can be understood as “false positives”. When a volunteer receives the vaccine, their body can produce HIV antibodies detected by standard tests, since they look for these antibodies as a sign of infection. “For this reason, a person can give a positive result in the HIV test even if they are not infected,” says the Mosaico website. This is called VISP and, although it may scare the participants, it does not mean any effect on health, quite the opposite: it would be a clue to know that the project works and is one of the parameters that the experts are observing in the analysis of blood after injections.

What is known so far about the results?

“We don’t have any official data on how the results are going”, explains Górgolas, although he is hopeful. “In the event that the results do not go well, very relevant immunological information will be obtained” and from that information “a whole new generation of vaccines can be built”. However, the vaccines have already been tested in humans, through some of their components, in the Approach, Ascent, Traverse and Imbokodo trials.

Of these first three and according to Mosaic, it is known that produce immune responses and that they lack serious health risks. Furthermore, although a preliminary analysis of the Imboko project, tested in southern African women, has found that it does not provide sufficient protection against HIV infection, Mosaico differs from this by incorporating a second component in the protein vaccine. For this reason it is believed to be more effective, although the participating medical centers are cautious: from the Hospital Clínico San Carlos (Madrid) they prefer to wait for more conclusive data.

Regarding when they will be known, Dr. Estrada, who for the moment opts not to assess the results, has already commented to RTVE.es that, being optimistic, at the end of 2023 or during 2024 we could talk about their commercialization. The rehearsal began on February 18, 2020, but a month later it was interrupted by COVID-19, restarting on June 1, 2020, so, ultimately, it would last up to four years.