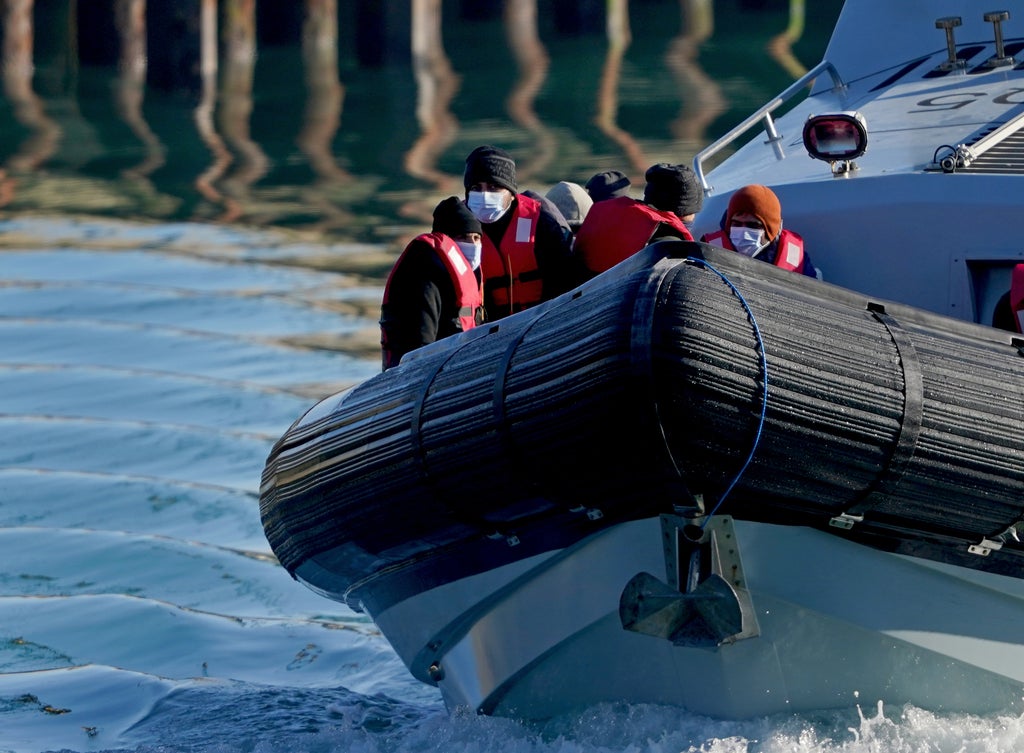 There is no “spare capacity” of navy ships to deal with the number of migrant crossings in the Canal, warned a former commander of a patrol boat.

Tom Sharpe told MPs that the solution to stem the crisis “was not in the sea” after the Prime Minister approved plans for the military to take command of the Border Force operation.

Home Secretary Priti Patel told the House of Commons last week that she had “tasked the MoD (Ministry of Defence) as a crucial operational partner in protecting our Channel against illegal migration”.

Speaking to the Commons Defense Committee on Wednesday, former navy commander Mr Sharpe said: “We have to recognize from the outset, in terms of context, where the solution to this lies, and it’s not in the sea”.

Asked what resources the Royal Navy has that could tackle migrant crossings, he said: “If you fill the Channel with ships, it could make this problem worse because now you are making the crossing safer and therefore more attractive. .

“In terms of what the Navy has right now, like I say, they could use anything, but there’s no fat, there’s no spare capacity.

“The person on the planning board…will desperately hope that no warships are required for this task because they are all in use for other things.”

Vice Admiral Sir Charles Montgomery, a former Second Sea Lord and director general of the Border Force from 2013 to 2017, said the navy had a “much greater range” of its own assets and “wider defense assets” to draw on. , which will be “very important”. useful,” but he added that those resources “could have been available to Border Force if it were leading the operation.”

“Clearly a judgment has been made that this is… about the leadership of the operation. And the Government has come to the conclusion that the Navy will be in a better place to lead this operation, better than the Border Force or, indeed, any of the other operational arms that the Home Office has to resort to.” He said.

Some critics questioned the plans after little information was provided on how it would work and questions for more details went unanswered.

John Spellar, acting committee chairman for the session, said it was “regrettable that the MoD has refused to provide a minister, civil servant or senior naval officer” to answer questions about what has been dubbed Operation Isotropic. .

Plans have been “in the works” for some time, Sharpe said, but he suggested the decision to put the navy in charge was a bigger role than previously envisioned.

He told MPs that he thought the navy could offer four things to the operation “very, very well”: command and control to coordinate the myriad of organizations involved; intelligence to “better predict” when crossovers are likely to occur; maritime surveillance that he described as “navy 101”; and “allocate resources efficiently”.

He suggested there was technology available that could “saturate” the Channel with better surveillance, describing nodes that have radar, thermal imaging and optical cameras and intercept cell phone use, which could cost around £3m to buy 10 to cover the stretch of water.

With that in place, “you’re no longer playing ‘whac-a-mole,’ to use that expression, which is what I think is happening now,” he said, suggesting that the use of such technology could help “allocate resources efficiently”. if the crossings were in progress.

But when asked what the navy ships would actually be capable of when faced with intercepting a ship, and whether it would be possible to return the ships to France, he said: “I would be glad if the expression push back was never used again.

“I can’t conceive of a situation where you’re physically pushing these ships back that would be legal or, more importantly, safe.”