SNP ministers have been slammed for “mismanagement” of the NHS as Scotland again recorded the highest figure on record for the number of people waiting at A&E for more than 12 hours.

Official figures from Public Health Scotland showed 1,022 people waited more than half a day in the week ending March 27 – an increase of seven from the week before.

The Scottish Government aims to ensure 95 per cent of people who attend A&E are seen and subsequently discharged or admitted to hospital within four hours.

During the seven-day period, 68.4 per cent of the 25,264 attendances at emergency departments were seen within four hours.

The number of people waiting to be seen for more than eight hours also increased by 12 when compared to the previous week, with 2,627 patients spending that time in A&E departments.

Meanwhile, statistics for the whole of February showed performance was down when it came to seeing patients within 12 hours.

Some 74.2 per cent of patients in A&E were seen within the four-hour standard – a fall from 76 per cent in January’s data and 75.7 per cent in December.

However, the number of attendees waiting for more than eight hours decreased slightly in the month of February, with 6,602 (6.2%) patients spending that time in emergency departments compared to last month’s figure of 6,682.

Scottish Labor Health spokesperson Jackie Baillie said the crisis in A&E was “costing lives” and blasted the SNP for its handling of health services across the country.

She said: “The SNP’s mismanagement of our NHS is not just causing chaos in our emergency rooms – it is costing lives.

Despite the best efforts of heroic NHS staff, the SNP are leaving services to sink to new lows with every passing week.

“The Royal College of Emergency Medicine have warned that hundreds of lives have been lost due to the crisis in A&E. It really does not get much worse than this.

“Spiralling rates of delayed discharge are piling pressure on to already-stretched services.

“Patients and hardworking staff are both being failed by the SNP’s continued inaction. We need urgent action to tackle this crisis and save lives.”

While, Scottish Conservative health spokesman Dr Sandesh Gulhane called the stats “truly horrendous” and said the country “can’t go on like this”.

“Each time we think the crisis in A&E has hit rock bottom, things seem to get even worse,” he said.

“It’s truly horrendous that a record number of patients had to wait 12 hours to be seen. Worse still, it was even reported this week that some patients have actually waited three days.

“We can’t go on like this, with Humza Yousaf wringing his hands while lives are needlessly lost because Scotland’s emergency wards don’t have enough staff to satisfy demand.

“Apart from a statement to parliament two weeks ago that was full of excuses but no solutions, we’ve heard nothing from him.”

See also  "If Ferran Torres is not registered between now and Sunday ... they have to go" | BE Sporty

The Royal College of Emergency Medicine has warned there have been 240 deaths since the start of the year as a result of delays at A&E departments.

“As the crisis reaches its most dangerous point, the SNP-Green government’s eyes have wandered away from the crisis and towards the prospect of an unwanted independence referendum.

“NHS patients and staff are in dire need of new hope. We need an inquiry into avoidable deaths connected to the emergency care crisis and new resources to help those on the front line.”

A Scottish Government spokesperson said: “The latest monthly figures published show Scotland has the best performing A&Es in the UK.

Keep up to date with all the latest stories from peter davidson.

As the Live Politics Editor at the daily-record he covers politics in Holyrood, Westminster and local councils.

Give him a follow if you want to keep up to date with what’s going on in the political world.

“In fact, Scotland’s A&Es have outperformed those in England, Wales and Northern Ireland for over six years.

“The latest weekly figures show performance in our A&E departments has slightly improved, although we know this may fluctuate in the weeks ahead as the unprecedented impact of the pandemic continues to take its toll.

“We are still seeing high levels of Covid transmission and people in our hospitals with the virus, but there are some indications that numbers are stabilizing.

“For many, A&E will not be the right place for their healthcare need. People should consider whether their condition is an emergency, such as a stroke, heart attack or major trauma, before going to A&E.

“Local GPs can be contacted during the day for non-critical care, as well as local pharmacies. If you think you need A&E but it is not an emergency, NHS 24 telephone service is available on 111.” 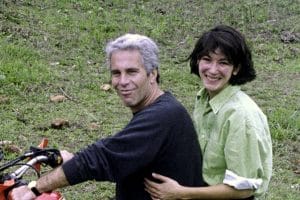