An SNP MP gave evidence against a Westminster colleague during a sexual harassment investigation.

It is understood the unnamed parliamentarian claimed fellow MP Patricia Gibson’s behavior towards a male staff member had been inappropriate.

The SNP employee had complained about alleged sexual harassment by Gibson, who represents North Ayrshire and Arran, in the Strangers Bar in Westminster in 2020.

In claims first published by the Daily Record, the man alleged: “She was… clearly very, very drunk.

“She was grabbing my hand, pulling me closer and saying to me things like, ‘You should come home with me’. She was saying things that were completely inappropriate in terms of what she wanted to do when I went home with her.”

It emerged over the weekend that the allegation of sexual harassment against Gibson had been upheld and the findings referred to an independent panel.

The Record has been told a witness was one of Gibson’s own colleagues in the Westminster group.

A separate complaint of sexual harassment by the same employee against a different SNP MP had also been upheld.

Our front page exclusive in March last year told of how a young SNP staffer at Westminster had made complaints of sexual harassment against two MPs.

He alleged that one MP, later revealed to be the then chief whip Patrick Grady, had touched him inappropriately as a 19 year old in London’s Water Poet bar in 2016.

He also alleged another MP had pestered him in Westminster’s Strangers’ Bar in January 2020.

Patricia Gibson, who represents North Ayrshire and Arran, is the MP at the center of the latter claims, which she denies. She continues to serve on SNP Westminster leader Ian Blackford’s front bench.

The staffer had told us of the Grady incident: “I was sitting on a couch speaking with colleagues and he perched himself on the side of the couch.

“At that point, he started putting his fingers down the back of my collar, touching me inappropriately there. He was also grabbing my hair.”

The story sent shockwaves around Westminster and led to Grady, who represents Glasgow North East, stepping aside as chief whip.

The staffer is believed to have made complaints through Westminster’s independent complaints and grievance scheme.

According to the Sunday Times, complaints of sexual harassment against the two MPs have been upheld by a Westminster authority and referred to an independent expert panel.

Glasgow North MP Patrick Grady was accused of touching the man in a London pub in 2016.

The findings of this probe were also referred to the panel.

Lib Dem MP Wendy Chamberlain said: “Senior SNP figures have been vocally critical of the fact that Members of Parliament under investigation for the most serious of transgressions against members of staff in this House are still able to access the parliamentary estate and go about their business as normal. They should recognize that the same standards they demand of others ought to apply to them as well.”

Scottish Conservative MSP Annie Wells said: “The SNP still have serious questions to answer about how they have handled these cases against senior representatives.

“All too often they appear to have turned a blind eye to serious allegations. If these complaints have indeed been upheld against these SNP MPs with another of their representatives involved in giving evidence, then there is an onus on the SNP to be as transparent as possible.”

An SNP spokesman said: “It would not be legally appropriate to comment while the independent parliamentary process is ongoing.”

A House of Commons spokesperson said: “We can’t confirm or deny any current investigations. Parliament’s Independent Complaints and Grievance Scheme (ICGS) operates on the basis of absolute confidentiality. Therefore, we cannot provide any information on complaints or investigation, including whether or not a complaint has been received or whether an investigation is ongoing.” 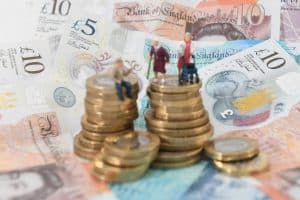