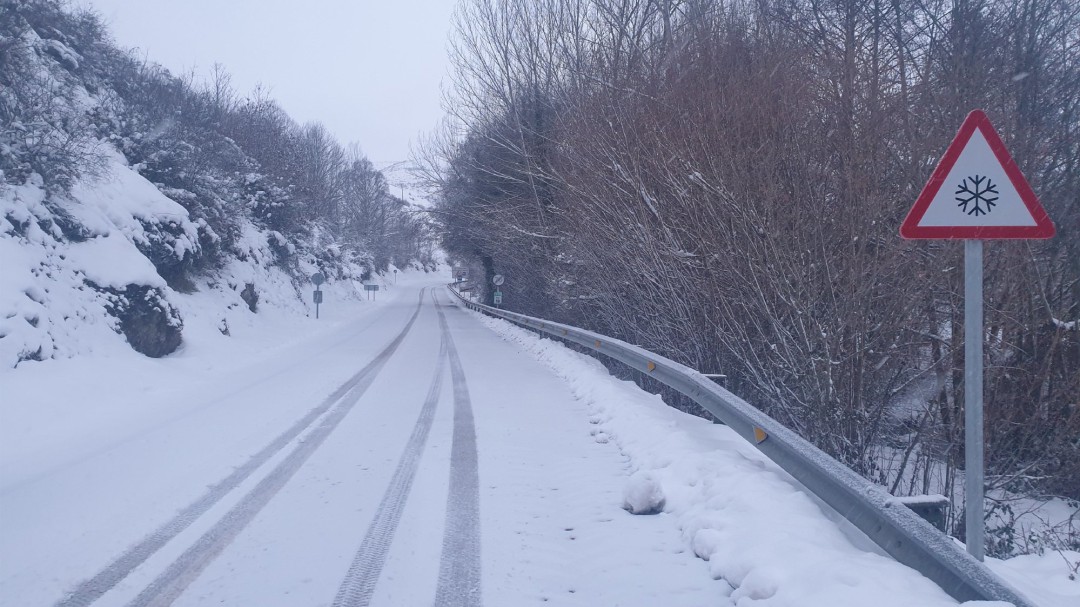 A total of 18 provinces and the autonomous city of Melilla are on Monday on notice due to risk and / or significant risk due to snowfall, wind and waves, according to the prediction of the State Meteorological Agency (AEMET) for this December 6.

As reported by the AEMET, due to the approach and passage of a not very active frontal system, cloudy or covered skies with intermittent rainfall are expected in the extreme north of the peninsula, which will be more abundant in western Galicia.

In a weaker and more dispersed way, some weak precipitations are also expected in the North plateau, the upper Ebro and the Central and Iberian systems, as well as, in isolation, in neighboring areas and the Penibético.

In the rest of the Peninsula, cloudy intervals are expected, with slightly cloudy skies prevailing in the southern third and Alboran.

The AEMET has activated orange warnings (significant risk) due to snowfall in Huesca, Lleida and Navarra, and yellow warning (risk) in Burgos, which will also be warned due to thawing.

The AEMET has activated the orange warning for wind on the island of Menorca, and yellow warnings in Huesca, Teruel, Ibiza, Formentera, Mallorca, Barcelona, ​​Lleida, Girona, Tarragona and Castellón.

The wind will cause bad seas in Menorca, Girona and Tarragona, where orange warnings have been activated for coastal phenomena, while Asturias, the Balearic islands of Ibiza, Formentera and Mallorca, as well as Cantabria, A Coruña, Lugo, Guipúzcoa will be in yellow warning , Vizcaya, Castellón, Valencia, Alicante and the autonomous city of Melilla.