Skip to content
Home News Snow, skis and not enough sleep: the joy of covering the Winter Olympics 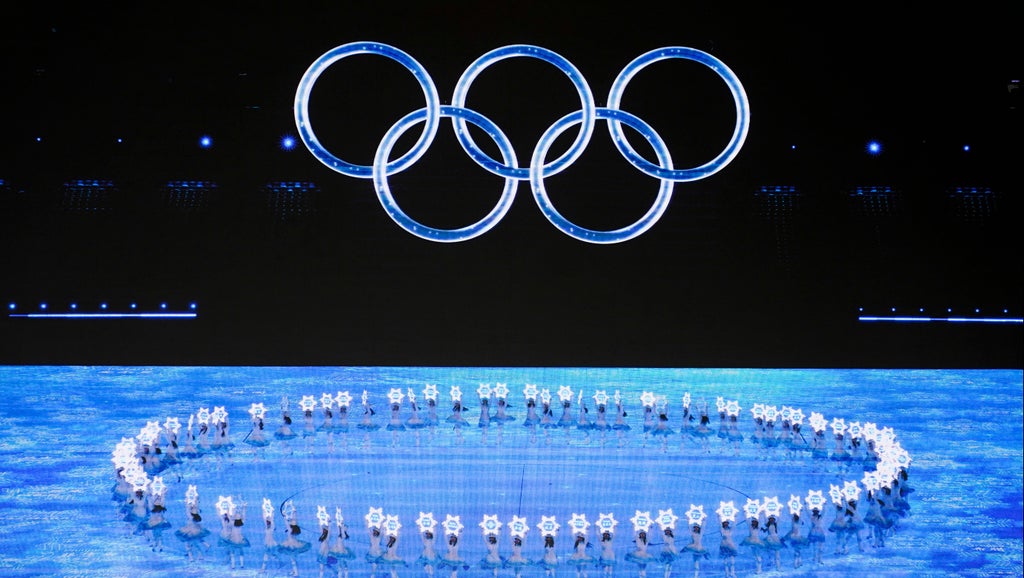 I love sport because it’s beautiful. That feeling of sprinting down the straight in the 100m at primary school; hitting a volley so sweet and true that you know it’s going to ripple the net as it leaves your boot; the sound of leather on a willow cricket bat as you caress a cover drive past the fielders and to the boundary.

I love sport because of the moments: the ones where you look back and know exactly where you were. Usain Bolt waltzing his way to record times and gold medals; West Ham United’s last-minute winners (they do not happen very often so they’re easy to remember … like at Elland Road this season when I took my mum to her first away game); Ben Stokes smashing one to the ropes to beat the Aussies.

I love sport because it transcends. Nelson Mandela said: “Sport has the power to change the world. It has the power to inspire. It has the power to unite people in a way that little else does. It speaks to youth in a language they understand. Sport can create hope where once there was only despair. It is more powerful than governments in breaking down racial barriers. It laughs in the face of all types of discrimination.”

I had pictures of sporting icons plastered all over my art books at secondary school. Even before I knew their true significance they were there. Muhammad Ali, Tommie Smith and John Carlos, Francois Pienaar with the aforementioned Mandela passing him the Rugby World Cup trophy in 1995. A country ripped apart by apartheid, racial tensions, hatred and divisions – brought together by a game where massive blokes chase an egg -shaped ball around a pitch for 80 minutes, smashing seven shades out of each other.

Then there are the Olympics. I still can’t watch Derek Redmond’s dad helping him cross the finish line after tearing his hamstring in Barcelona in 1992 without welling up. It’s the same when I see Cathy Freeman winning gold in her home games in Sydney in 2000, carrying both the Australian and Aboriginal flags. Don’t even get me started on Gemma Gibbons mouthing “I love you, Mum” during London 2012 when she won her Judo silver medal.

To have worked on the Tokyo Olympics back in the summer – and now on the Winter Olympics in Beijing – is kind of surreal. It’s been a lot of hard graft to get to this point, but I feel incredibly lucky and grateful – and there’s a touch of imposter syndrome thrown in there too. I’m just that nine-year-old kid watching Atlanta 1996; Michael Johnson and Frankie Fredericks flying down the track.

I’m doing the audio continuity on the red button, website and iPlayer for BBC Sport. That basically means sitting in a little room with multiple monitors and streams, with the gallery team in my ears as we try to keep across everything that’s happening on all of the events on the other side of the world – ready to jump in and direct the audience to where we’re going next.

It’s an ever-changing landscape, with a brilliant team of people working across the content. There was one transition over the summer where we might have been going to five different sports about 30 seconds from me going live on air.

See also  AirPods 3, to the test: new design and a support for spatial audio that promises to take you to the stage | Technology

I needed to have all the information, the background, the relevance and significance at the tip of my fingers, and then be able to convey that to the audience succinctly but in a way that would excite them and keep them with us. Turns out that all those comprehension lessons at school were kind of useful.

I love sport because of the stories. How many curlers can you name? As Great Britain’s women clinched curling gold in Salt Lake City in 2002, six million Brits stayed up to watch. Six. Million.

My favorite moment from the Winter Games so far? Max Parrot, the 27-year-old Canadian, winning a gold medal, albeit due to some controversial judging, in the snowboard slopestyle after 12 rounds of chemotherapy. Before the games, he said: “The biggest lesson that I’ve learned is really to live in the present moment. It’s also about realizing that we’re not here forever.

“We always get into those patterns of working life and hobbies and sometimes we just act like we’re immortal and we’re never going to die, you know? But that’s not the case. I was really on the line with cancer and everything. I now make sure I enjoy all the little moments much more.”

Like I said, I love sport. Despite its problems, politics and scandals; its essence is beautiful.

See also  Official US Covid death tracker added thousands of fatalities, including hundreds of children, due to 'coding error'

HowTheLightGetsIn: The world’s largest philosophy and music festival where you can bump into a

An 8-Step Plan to Tackle a Bear Market