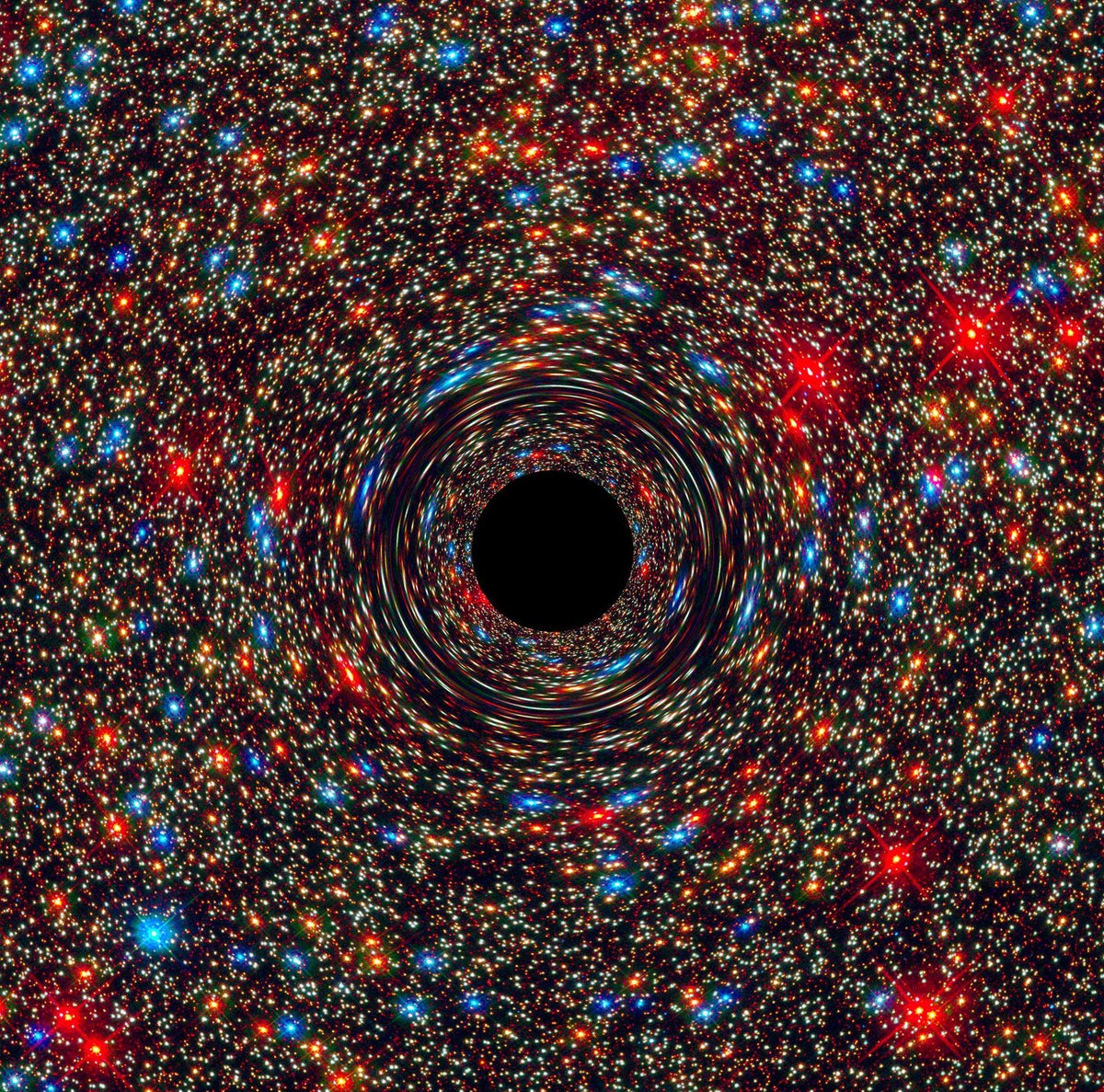 Scientists from the Institute of Astronomy at the University of Cambridge used Nasa’s Chandra X-ray observatory to study the X-ray emissions of a supermassive black hole at the center of a galaxy 3.4 billion light years away known as H1821+643. By measuring differences in the X-ray emissions, they were able to measure how fast the black hole was spinning, one of the best attributes of black holes, and found it was spinning much slower than most smaller black holes.

“We found that the black hole in H1821+643 is spinning about half as quickly as most black holes weighing between about a million and ten million suns,” Christopher Reynolds, an astronomer at the Institute of Astronomy at the University of Cambridge, said in the statement. “The million-dollar question is: why?”

Reynolds is one of the author’s of a new study based on the Chandra observations and published Monthly Notices of the Royal Astronomical Society, which is available on the online academic service Arxiv.org. The answer to that million-dollar question, he and his colleagues noted, could confirm a theory of how the biggest black holes get so big — by eating other black holes.

Black holes are mysterious objects known mostly through observations of their effects on matter around them: no light escapes a black hole’s event horizon. And even the recent direct “images” of the black holes in the galaxy Messier 87 and at the center of our own Milky Way galaxy are only the shadows of the black hole, wreathed in the hot gas that whirls around them, awaiting consumption.

The direct attributes of black holes then, are somewhat limited.

“Every black hole can be defined by just two numbers: its spin and its mass,” Julia Sisk-Reynes, also Cambridge astronomer, and lead author of the new study said in a statement. “While that sounds fairly simple, figuring those values ​​out for most black holes has proven to be incredibly difficult.”

What the researchers were able to do with Chandra was measure the X-rays emitted from super-heated matter whirling around the supermassive black hole very near to the event horizon, the point of no return beyond which nothing escapes the crushing gravity of the black hole . Spinning black holes don’t just spin within space, they drag space around with them, so the X-ray emissions gave the scientists a measurement of how fast the black hole is spinning.

And they have some idea as to why it is spinning slower than other black holes. Compared to the supermassive black hole at the center of our galaxy, which is estimated to weigh about four million times the mass of our Sun, the black hole in H1821+643 is 30 billion solar masses, one of the largest black holes known.

This could confirm a theory that the largest black holes form not through gradual accumulation of gas and matter, but through sudden, violent mergers with other black holes, and pulling in massive amounts of matter from multiple directions when their violent lives disrupt the disks of matter whirling around them. Such nonlinear accumulations of matter could also slow, speed up, or even reverse a black hole’s spin.

“The moderate spin for this ultramassive object may be a testament to the violent, chaotic history of the universe’s biggest black holes,” study co-author and Cambridge astronomer James Matthews said in a statement. “It may also give insights into what will happen to our galaxy’s supermassive black hole billions of years in the future, when the Milky Way collides with Andromeda and other galaxies.”