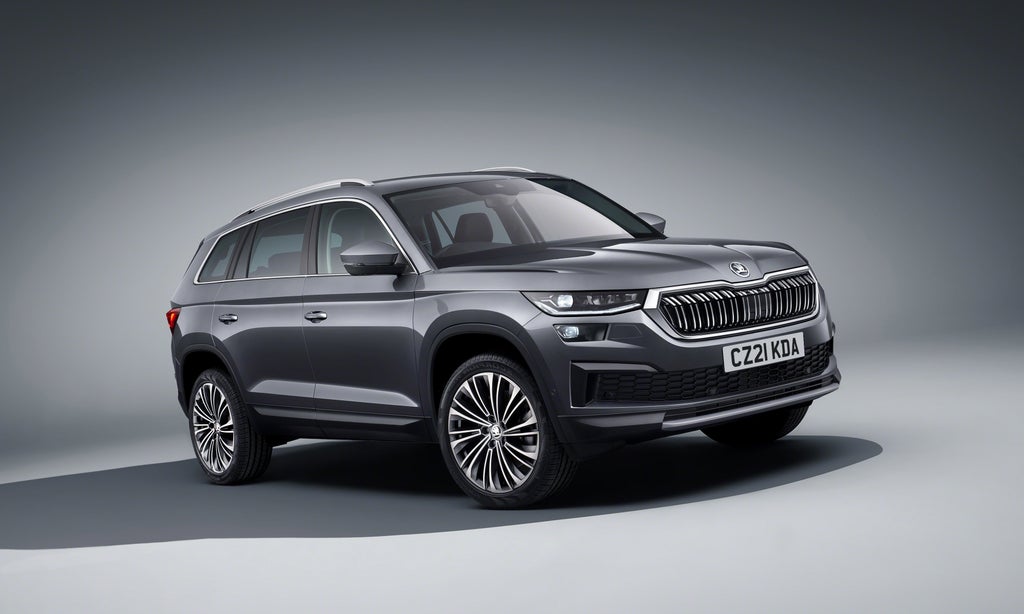 The Skoda Kodiaq is a very unusual car because, as well as the usual five-seater version, it can be specified as a compact seven-seat people carrier, and this is the one that Skoda was kind enough to allow me to try out. In a very overcrowded market segment, having the seven seats marks the Kodiaq as a bit of a different choice. I found that entry to the rear pair of seats is pretty easy, at least for adults on the short side and kids. It’s perfectly comfortable in the back, provided you’re below average height. I’m not sure how big the market for such an unusual design is, though.

By the way, according to the Office for National Statistics, there are only 162,900 households in the UK numbering seven or more, representing 0.6 per cent of the total. Proportionally, they’re most common in the West Midlands (1.1 per cent), and least popular, if that’s the right word, in the northeast. Skoda marketeers take note. Most, I imagine, of those multi-child families will be familiar with Groucho Marx’s quip when he was hosting a quiz show. He asked the guest how many children she said and she said something like “eight”. The audience laughed, Groucho rolled his eyes and the poor woman said, “I love my husband very much”, to which Groucho replied, “I love my cigar but I take it out of mt mouth every now and again.”

Of course, I’ve been in compact cars that can fit seven people in before. I’m embarrassed to admit, back in my youth I’d often find myself in an overloaded Datsun Sunny 120Y on a night out with a sober “deso”, as the Australians say, plus six other adventurers. The “seating” configuration would vary depending on the dimensions of the revellers, but sometimes someone, well one particular person, would end up going in the boot, Mafia-style. It makes me shudder to recall it. What were we thinking? If only we’d had the Skoda Kodiaq in those days.

Like that old orange Datsun, with its distinctive “dustbin lid” hub caps, this more purpose-built seven seater is something of a miracle of packaging, as indeed most Skodas are in the sense that they’re often roomier than the equivalent Volkswagen, Audi or Seat model (all being VW Group brands and sharing “platforms”, mechanical and electrical kit). Actually the miraculous aura is quickly dispelled by a peek in the boot, which is obviously compromised by the presence of the two chairs sat in the back. Still, it’s not bad, and almost proof that you can have your cake and eat it. Almost.

Indoors it’s all very recognizable VW Group territory, and it’s nice to see the odd Skoda touch, such as the little plastic clip on the side of the windscreen for your car park ticket and the like. The Kodiaq has been around for a few years now, so its interior isn’t the bang-up-to-date VW version of touchscreen controls, but to be honest that’s a saving grace. The Kodiaq still has the cruise controls combined with the light switch rather than on proper buttons and dials on the steering wheel, but otherwise it’s all easy and intuitive to use.

Externally the Kodiaq is very VW Group generic-SUV styling, with its heavily creased flanks but retaining its fairly boxy, utilitarian character. The grille on this Sportline trim version is all-gloss black, like the rest of the exterior detailing, but doesn’t look especially attractive: there’s not much point in designing a grille if it just looks like a black hole. At least it’s not ridiculously oversized like certain BMWs and Audis. They’ve restyled the bonnet as well, which apparently makes it more aerodynamic.

Having driven quite a few electric cars in recent weeks it’s odd to get back into a diesel, and particularly one fitted with VW’s slow-witted DSG (dual-clutch, “direct shift”) gearbox, which is a great idea but terrible in practice . If you keep the Kodiaq’s 2-liter diesel unit in Sport mode then the response is just about tolerable, but there’s no getting away from the noise and sluggishness. It’s sprightly enough through the corners and can be hustled along country lanes with surprising aplomb once it gets going, but it’s doesn’t make up for the way it has to make up its mind about what gear it should be in.

As a 4×4, adding to this seven-seat Kodiaq’s unusual features, the diesel is very well suited to off-road work, and the Kodiaq has decent ground clearance (a Scout version is even better at tackling fields). However, I’m thinking that once a lot of drivers have tried a modern electric car they’d be reluctant to go back to diesel. If you hate going to the petrol station, though, the Kodiaq is ideal for you, with its remarkable 500-mile range. If you need a car that will take seven people cross country for 1,000 miles and only fill up eleven, then the Kodiaq is waiting for you and your very large family.