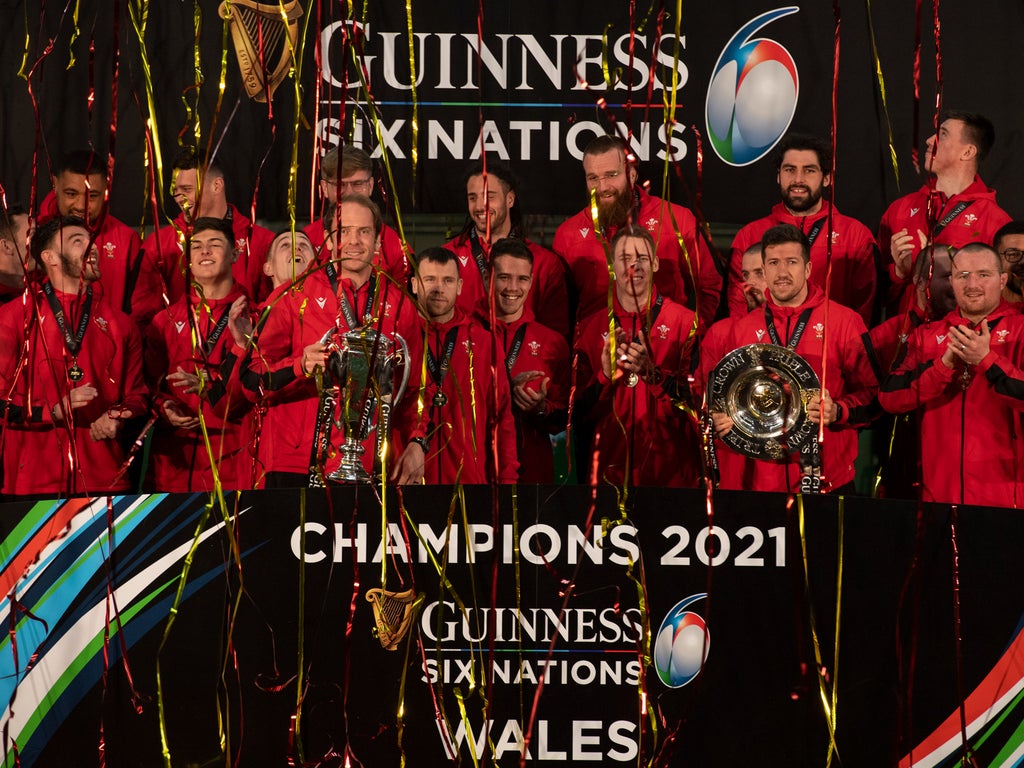 The augurs foretell a great Six Nations. Last year’s edition enthralled behind closed doors and rugby’s great Northern Hemisphere behemoth returns with renewed vitality and verve. Empowered by increased speed of ruck ball and a generation of attacking innovators, five viable contenders for this year’s crown each arrive with a blend of ambition and enterprise, emboldened by encouraging autumns, and further enlivened as the Six Nations rediscovers its color off the field after a campaign and a half behind closed doors.

“It could be the most competitive and open Six Nations in history,” posited Kieran Crowley from Rome at last week’s launch. “Everyone is looking strong. You look at the results from November and the best rugby is being played in the Northern Hemisphere.”

After a disastrous 2021 edition, England have stumbled through a chaotic build-up to their tournament opener against Scotland at Murrayfield. Eddie Jones has lost two captains, dealt with yet more Covid positives and injury misfortune, and spent an unplanned night in a Brighton tavern after a fire forced England from their hotel.

With Owen Farrell out for the tournament and Courtney Lawes recovering from a concussion, Tom Curry steps into the captaincy breach. Curry, compared to Richie McCaw by his coach, is restored to the openside and is England’s youngest male skipper since Will Carling in 1988.

The fresh England approach developed in the autumn is expected to continue. A backline multiplex is once more formed of interchangeable parts: Joe Marchant, fresh out of isolation, is cleared to begin on the wing; Elliot Daly starts his first England game at outside center since 2016.

Also back in favor is Nick Isiekwe, who adds extra spring and savvy to a mobile forward pack in the absence of Jonny Hill – who is not expected to be fit until the back end of the tournament – and Lawes. Sam Simmonds and Lewis Ludlam start alongside Captain Curry and will have plenty of breakdown work to do against Jamie Ritchie and Hamish Watson.

Jones’ suggestion that Scotland are “red-hot favourites” may be another of his regular attempts at performative under-doggery but Gregor Townsend’s side will certainly be confident after ending their Twickenham drought last year. The challenge for Scotland now is to build upon strong foundations of an established side and become consistent Six Nations contenders.

There is greater depth of talent available to Townsend than ever before, with no place in the 23 for Cameron Redpath, Scott Cummings or emerging back-row dynamo Rory Darge. A settled selection has an attacking flair to it, always accentuated by the presence of Finn Russell, who will encounter a fly-half of a similar persuasion in Marcus Smith.

Like modernist creatives at Gertrude Stein’s, Townsend has spoken of the pair as kindred colleagues during the British and Irish Lions tour. “The quality in that last week, with the way Marcus and Finn were training, was incredible,” Townsend said. “They have a lot of shared vision and skills in how they play the game.”

Forecast inclement weather will not necessarily curb Russell or Smith’s natural expression, but it may be an occasion for the concreters rather than the conjurers, much as their individual duel fascinates. Freddie Steward’s high-ball surety will be tested on his first away start in the England fifteen shirt; so too that of Stuart Hogg, so influential at Twickenham last year.

“We don’t look at it as bad conditions, we look at it as conditions and you don’t take your board shorts and your suntan cream up to Edinburgh,” Jones quipped ahead of his seventh Calcutta Cup. “If you are going to the Maldives it might be a different matter but we are going to Edinburgh for a Six Nations game so it is bring your scrumming, mauling and kick chase mindset. Win the gainline and you go a long way to winning the game.

Jones expects another hostile reception at Murrayfield but England survived a wretched Edinburgh day on their last trip north. After making brisk early strides towards their coach’s new 2023 vision in the autumn, this will be a very different task – and England may need to again tame the tempest.

The Six Nations begins in Dublin, where there is plenty of cause for optimism for Ireland after an unbeaten autumn that saw them down New Zealand and perhaps discover their identity under Andy Farrell. Thirteen of those that beat the All Blacks start again against Wales, with former Australia Under-20 international Mack Hansen earning his first cap on the wing after a sensational start to life at Connacht.

Having come so close to an improbable clean sweep twelve months ago, it would be foolish to write off Wayne Pivac’s spring bloomers even with an extensive injury list. Though this may be a year for Pivac to rebuild, a wounded Wales with little to lose will pose Ireland problems. Ireland may again look to set their own tempo, but in back-row fetchers Ellis Jenkins and Taine Basham, and a volant backline, Wales have the horses for a fast track. A classic Six Nations encounter should be a perfect starter.

France’s pre-tournament preparation has also been far from smooth, with as many as 14 players in isolation until the beginning of the week including captain Antoine Dupont and much of the Toulouse spine that runs through the side.

Fabien Galthie will therefore be grateful for a favorable opening fixture, with Italy in Paris. While new Italy coach Kieran Crowley did fine work at Benetton, he has a stern task on his hands after his elevation to the national team. A middling autumn did little to suggest this will be a breakthrough year for the Azzurri, much as a remodelled defense briefly frustrated Crowley’s native New Zealand in November.

A Six Nations title would be a logical next step in France’s evolution into potential favorites for their home World Cup. With Ireland and England also due a trip to Paris, they are the likeliest Grand Slammers, but the pressure is on a side of limitless potential to now deliver tangible success.