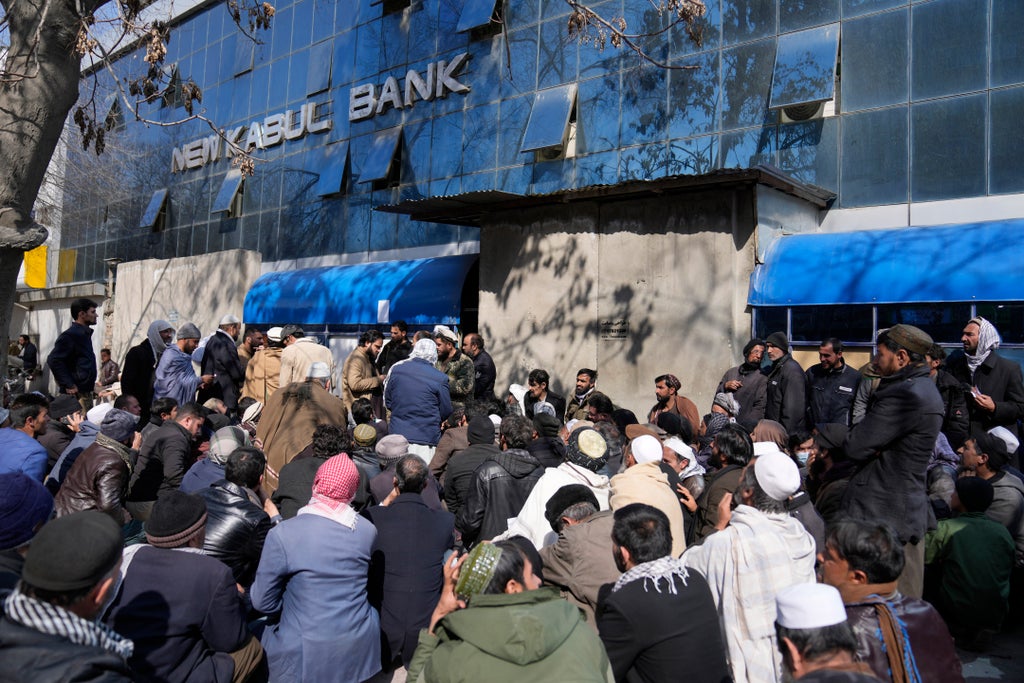 Afghanistan has undergone a dramatic transformation in half a year of Taliban rule.

The country feels safer, less violent than it has in decades, but the once aid-fueled economy is barreling toward collapse. Tens of thousands of Afghans have fled or have been evacuated, including large numbers of the educated elites. They either fear for their economic future or lack of freedom under a group that ascribes to a strict interpretation of Islam and during its previous rule in the late 1990s barred girls from school and women from work.

Tuesday marks six months since the Afghan capital of Kabul was ceded to the Taliban with the sudden and secret departure of the country’s US-backed president. The takeover of Kabul had been preceded by a months-long Taliban military campaign to take control of provincial areas, many of which fell with hardly a fight.

Today, the sight of armed Taliban fighters roaming the street still jars and frightens residents. But women have returned to the streets, and many young men have put on Western clothes again after initially shedding them for the traditional shalwar kameez, the long shirt and baggy pants favored by the Taliban.

Unlike in the 1990s, the Taliban are allowing some women to work. Women are back in their jobs in the health and education ministries, as well as at Kabul International airport, often next to men. But women are still waiting to return to work in other ministries. Thousands of jobs have been lost in the economic downward spiral, and women have been hit hardest.

The Taliban have cracked down on women’s protests and harassed journalists, including briefly detaining two foreign journalists working with the UN refugee agency last week.

On Monday, the detention of some young men selling heart-shaped flowers in recognition of Valentine’s Day was a stark reminder that the new all-male religion-driven administration has no tolerance for Western ideas of romance.

Girls in grades 1-6 have been going to school, but those in the higher grades are still locked out in most parts of the country. The Taliban promised all girls will be in school after the Afghan new year at the end of March. Universities are gradually reopening and private universities and schools never closed.

Poverty is deepening. Even those who have money have a hard time accessing it. At banks, lines are long as residents wait for hours, sometimes even days, to withdraw a limit of $200 a week.

More than $9 billion in Afghanistan’s foreign assets were frozen after the Taliban takeover. Last week, President Joe Biden signed an executive order that promised $3.5 billion — out of $7 billion of Afghanistan’s assets frozen in the United States — would be given to families of America’s 9/11 victims. The other $3.5 billion would be freed for Afghan aid.

Afghans across the political spectrum have decried the order, accusing the US of taking money that belongs to Afghans.

The Taliban have campaigned for international recognition of their all-male, all-Taliban government, but they are being pressed to create an inclusive administration and guarantee the rights of women and religious minorities.

Graeme Smith, a senior consultant for the International Crisis Group’s Asia Program, warned against using sanctions, saying that it would backfire.

“Keeping economic pressure on the Taliban will not get rid of their regime, but a collapsing economy could lead to more people fleeing the country, sparking another migration crisis” he said. He also noted that this round of Taliban rule “probably ranks as the most peaceful six-month period that Afghanistan has enjoyed in four decades.”

The Taliban have re-opened the country’s passport office, which is clogged with thousands of people a day. The Taliban have promised Afghans they can travel but only with proper documents. Those trying to leave seem largely driven by fear of a failing economy or the desire for greater freedom in a more liberal society.

Several officials linked to the former US-backed government have returned. One of the returnees, former ambassador Omar Zakhilwal, said he encountered no rancor from the Taliban.

He said he hoped that the Taliban will “find the courage” to open their ranks, guarantee minorities to say in the government and go further to guarantee rights of all Afghans.