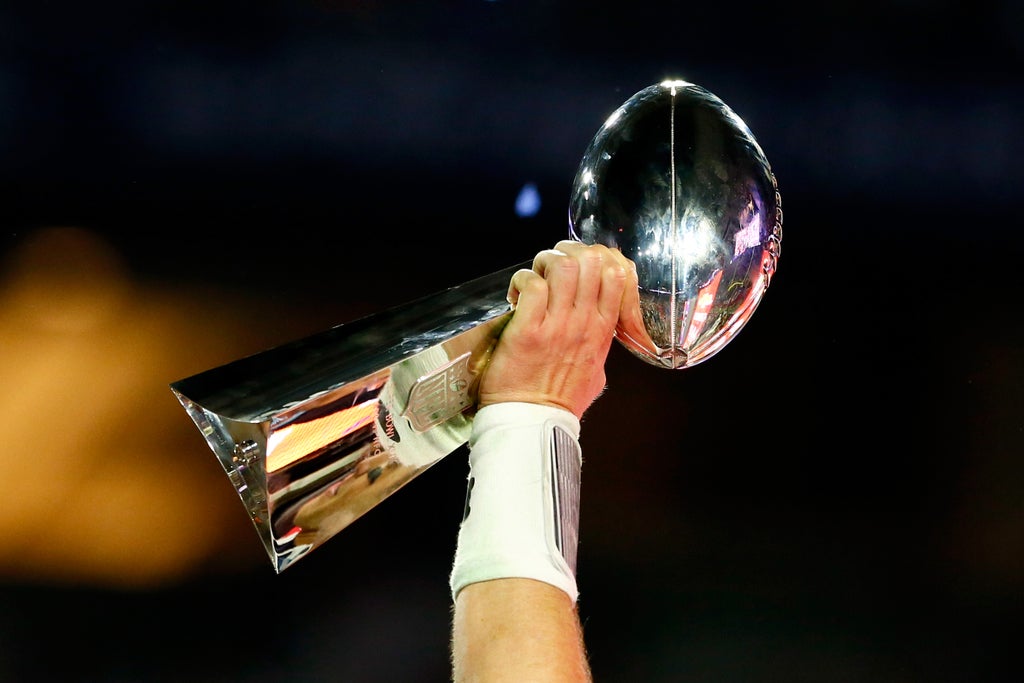 In just a few days, millions of football fans will tune in to watch the Los Angeles Rams face-off against the Cincinnati Bengals during Super Bowl LVI.

While the big game is the most-watched TV event in the US each year, football isn’t the only allure, as Americans also join in for the commercials, the food, the games, and the half-time show.

If none of those appeal, the sporting event also offers the opportunity to engage in some Super Bowl trivia, which can interest even the most indifferent viewers.

Ahead of kick-off on Sunday 13 February, these are some of the interesting facts you may not know about the big game.

How many chicken wings are eaten each Super Bowl?

While a good Super Bowl party requires a variety of food options, a game day viewing wouldn’t be complete without wings, which have come to be known as the unofficial Super Bowl meal.

Wings are so popular, in fact, that the number of wings and drumsticks consumed each year during the Super Bowl has reached a billion, with the National Chicken Council’s annual wing report estimating last year that Americans consumed 1.4bn wings during Super Bowl LV.

This year’s report suggests a similar number of wings will be consumed, as the NCC estimates that Americans will eat 1.42bn wings this Super Bowl Sunday.

What NFL teams have never won a Super Bowl?

The National Football League consists of 32 teams. Of those 32, there are 12 that have never won a Super Bowl, despite their best efforts.

According to Sporting News, two of the teams, the Minnesota Vikings and the Buffalo Bills, have competed in the Super Bowl four times but have never won. The Cincinnati Bengals, who hope to win their first-ever Super Bowl on Sunday, have competed twice but haven’t won, as have the Atlanta Falcons and the Carolina Panthers.

The Arizona Cardinals, the Tennessee Titans, and the Los Angeles Chargers have all competed in one Super Bowl but have yet to take home the Lombardi Trophy, while the Cleveland Browns, the Detroit Lions, the Jacksonville Jaguars and the Houston Texas have never made it to the Super Bowl.

When was the first Super Bowl?

The first Super Bowl was played between the Kansas City Chiefs and the Green Bay Packers on January 15, 1967.

How much do brands pay to air Super Bowl commercials?

The highly anticipated Super Bowl commercials come at a cost for the brands behind the ads, as each company shells out millions for the opportunity to be advertised on game day.

According to Statista, advertisers had to “pay an average of $6.5m to air a 30-second commercial during Super Bowl LVI”.

In 2021, the biggest spender was Anheuser-Busch, according to Statista, which notes that the maker of Budweiser spent $52.2m promoting its products during last year’s big game.

Do the players get paid? Even if they lose?

In addition to the bragging rights, Super Bowl winners also receive the added bonus of more money, as each winning player receives $150,000, according to Athlon Sports.

The losing team also gets a bonus just for participating, according to the outlet, which notes that each player receives $75,000.

Who makes the Lombardi Trophy?

After each Super Bowl, the winning football team gets to have permanent possession of the Vince Lombardi Trophy, which Tom Brady once infamously threw from a boat in celebration.

As for the maker of the sterling silver trophy, it’s none other than jewelery brand Tiffany & Co, which spends about four months moulding, shaping and carving the 7lb-trophy each year, according to WWD.

This year’s Super Bowl will take place on Sunday 13 February at 6:30pm. You can find everything you need to know about catching the big game here.