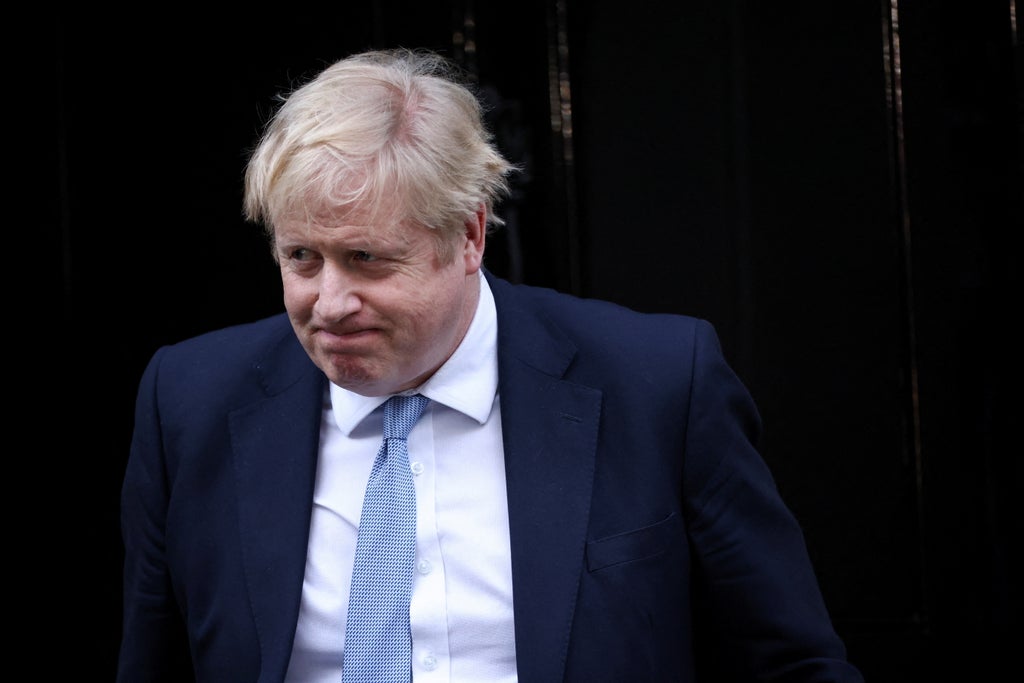 Boris Johnson is a “fighting a losing battle” in his efforts to recover with voters from the Partygate scandal, according to one of the country’s top polling experts.

While the prime minister tries to win back support from Tory MPs with changes within No 10, Sir John Curtice told The Independent that public opinion had hardened against him in recent weeks in a way that was “very difficult to reverse”.

The political scientist said a high proportion of Conservative voters “don’t believe what he is saying”, and revealed that his own analysis of recent surveys shows that 41 per cent of Tory voters at the last election think Mr Johnson should resign.

“When two-fifths of the people who voted for him in 2019 think he should go – that’s pretty striking, substantial stuff,” said the University of Strathclyde expert.

It comes as former Tory leader Sir Iain Duncan Smith raised doubts that Mr Johnson could recover after losing the electorate’s trust. “When you lose [trust]it’s a very difficult task to get it back,” he told the BBC.

However, Sir Iain urged colleagues not to submit a letter of no-confidence and plunge the party into the “internecine warfare” of a leadership contest while the government had to focus on the cost of living crisis.

The senior Tory figure also told challengers to “temper their ambition”, in an apparent warning to chancellor Rishi Sunak and others thought to be considering leadership bids.

Cabinet minister Kwasi Kwarteng issued a strong defense of the prime minister during media interviews on Sunday, as No 10 desperately tries to shore up backbench support following the appointment of Cabinet Office minister Steve Barclay as No 10 chief of staff.

The business secretary rejected a claim made by senior Tory Sir Charles Walker that it was now “inevitable” Mr Johnson would be ousted, and urged MPs to give Mr Johnson “time and space” to deliver on promises of a reset.

Mr Kwarteng also dismissed “feverish speculation” about the number of no-confidence letters submitted by MPs to 1922 Committee chair Sir Graham Brady, following a report that the PM’s own shadow whipping team believes that at least 35 letters have already been sent.

No 10 is braced for the possibility that the threshold of 54 letters will be hit soon, triggering an immediate vote on Mr Johnson’s leadership, as wavering backbenchers still angry over parties weigh up whether the prime minister can possibly recover his party’s standing in the polls.

In an interview with The IndependentSir John pointed to the latest Opinium poll showing that 75 per cent of 2019 Conservative voters think Mr Johnson broke his own Covid rules – and 61 per cent of Tory voters do not believe he is telling the truth about parties.

“A high proportion of Tory voters believe he broke the rules and they don’t believe what he is saying – this is a real problem for him,” said Sir John. “The question becomes, what will they believe him on in the future?”

“So far, Boris Johnson is fighting a losing battle in persuading people that he did not break the rules… The art of rhetoric, at which he is brilliant, may not be sufficient to enable him to restore his reputation.”

Sir John said Mr Johnson’s appeal with voters had been badly damaged not only by stories about parties at No 10, but the PM’s own explanation that he thought he was attending a “work event” at the “bring your own booze” garden gathering in May 2020.

“We know from the Barnard Castle episode that people regard rule-breakers during a public health crisis with a great deal of moral approval. The phrase ‘work event’ has entered the lexicon in the same way Barnard Castle did,” the polling expert said.

The most recent surveys by YouGov, Savanta ComRes and Ipsos MORI put Labour’s lead at between six and nine points respectively. Sir John said polling shows that the Tory vote in red wall seats has “plummeted by exactly the same proportion” as the rest of the country.

Tory peer Gavin Barwell, who served as chief of staff to Theresa May, said on Sunday that there was a “strong case for change” at No 10 – but warned MPs that there was “not a chance in hell that the prime minister is going to voluntarily resign”.

Lord Barwell told Sky News: “My inclination is that the Conservative Party would be better making a change and I also think, for the good of the country in terms of trust and faith in our politics… But it’s not up to me to make a decision.”

The peer also raised questions about how much difference the appointment of Mr Barclay as his chief of staff, and journalist Guto Harri as his director of communications, would make to his operations.

Lord Barwell said Mr Barclay would have to find “a different way” to do the job despite his other duties, but added: “There’s only so much different advisers can make if the person at the top is not actually listening to the advice that we ‘re giving.”

Comments made by Mr Harri criticizing Mr Johnson also surfaced on Sunday. The new No 10 spin doctor said back in 2018 that he would be a “hugely divisive figure” if he became a Tory leader and also referred to him being “sexually incontinent”.

The new communications chief also told the BBC’s Newscast podcast in recent weeks that he PM had “weaknesses” to cover and had “always underestimated how critical it is to have a fantastic team around him”.

Meanwhile, No 10 fears Mr Johnson’s former strategist-turned-nemesis Dominic Cummings could blog new evidence about the funding of his flat this week, according to a report in the Sunday Times.

Mr Cummings was said to have established WhatsApp groups across Whitehall for people to send him information about any “unethical or incompetent behaviour” by Mr Johnson.