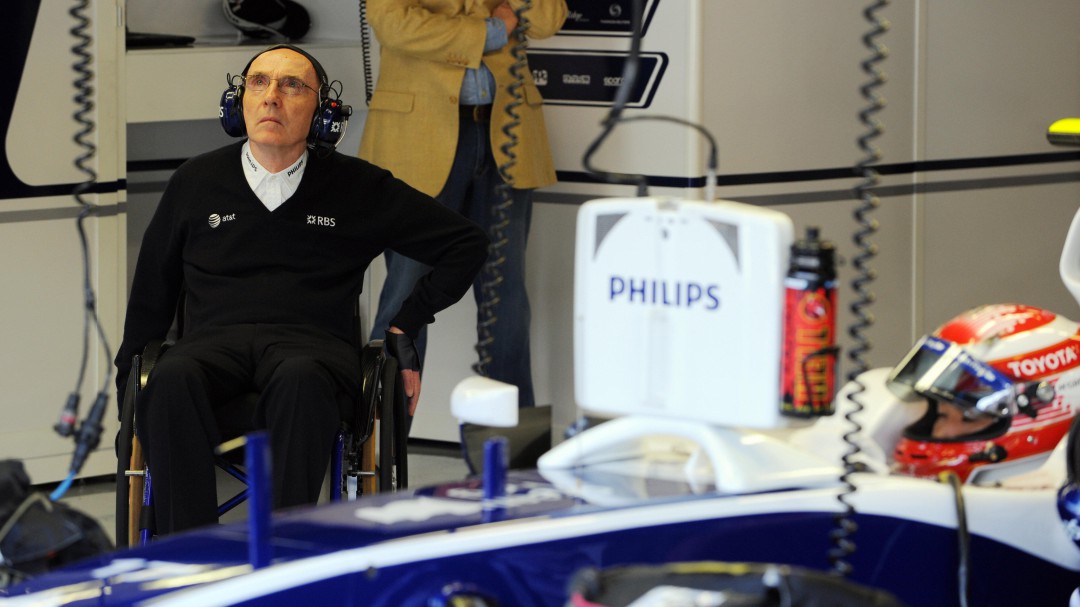 The world of Formula 1, immersed until today in its exciting end of the season, is dyed black by the death of Sir Frank Williams at the age of 79. After two days in hospital, Williams Racing, the team he founded and directed, has been in charge of confirming his death. “The Williams Racing team is truly saddened by the death of our founder Sir Frank Williams. Sir Frank was a true legend and an icon of our sport. His death marks the end of an era for our team and for Formula 1 ”, communicated the team.

It is with great sadness that on behalf of the Williams family, the team can confirm the death of Sir Frank Williams CBE, Founder and Former Team Principal of Williams Racing, at the age of 79.

Francis Owen Garbatt Williams, his full name, is one of the key figures in the development of Formula 1 during the last decades. After a brief and discreet stage as a driver, he founded ‘Frank Williams Racing Cars’ in a humble warehouse, entering Formula 1 in 1969. In his second race, at the Monaco Grand Prix, the team already achieved its first podium. The bad economic situation of the team, aggravated after the death of its driver Piers Courage, forced Frank to sell the team and abandon it years later.

But Frank’s dream didn’t stop. In 1977 he founded ‘Williams Grand Prix Engineering’, and the rest is history. It was made with seven Pilots World Championships and nine from Constructors, 114 victories and 313 podiums. Historic drivers like Nigel Mansell, Damon Hill, Jacques Villeneuve, Ayrton Senna, Alain Prost and Nelson Piquet have driven and won with their cars.

His was a life driven by passion for motorsport; his legacy is immeasurable, and will be forever part of F1

To know him was an inspiration and privilege

He will be deeply, deeply missed pic.twitter.com/48JhruQpLK

Williams’ life changed completely on March 8, 1986, when a car accident leaving the Paul Ricard circuit paralyzed him, leaving Frank in a wheelchair for his entire life. That did not stop the Englishman, who continued to command his team.

One of the hardest moments in his career as a team manager was the death of Ayrton Senna at the controls of a Williams. He was charged with murder in Italy, although he was finally acquitted. The last World Cups won by Williams were in 1997, and since then the team has been declining positions on the grid.

Rest In Peace Sir Frank. You will be missed. Thoughts and prayers with all the Williams family.

In 2013, he gave the team management to his daughter, Claire Williams, although Sir Frank remained linked to the team. Last year, his daughter was forced to sell the team to the group Dorilton Capital given the critical economic situation they were going through. With Jost Capito as the new crew chief, it was decided not to change Williams’ name out of respect for the team’s history.

“He was a true pioneer. Despite his considerable adversity in his life, he led our team to 16 world championships, making us one of the most successful teams in the history of the sport, ”Capito declared after learning of Sir Frank’s passing.

The statement, shared around 3:30 p.m. (Spanish time), opened the ban for public recognition of one of the most influential figures in modern F1. The signs of affection and respect towards the winner of seven Drivers ‘World Championships and nine Constructors’ Championships have been happening, showing the great legacy he has left in the motor world.