Ali Harbi Ali, 26, traveled to Leigh-on-Sea in Essex and stabbed the veteran Conservative backbencher with a 12-inch carving knife – a jury found him guilty in 18 minutes

A terrorist has been found guilty of murdering Sir David Amess at a constituency surgery last year.

Ali Harbi Ali, 26, traveled to Leigh-on-Sea in Essex on October 15 last year and stabbed the veteran Conservative backbencher 21 times with a 12-inch carving knife in front of his aid, before being tackled to the floor by plain- clothes police officers.

Ali, from North London, is said to have chosen Sir David as a target after going through a list of MPs who voted in favor of airstrikes on Syria in the mid-2010s.

Ali had denied murder and preparing acts of terrorism, but a jury at the Old Bailey saw right through it and today found him guilty after deliberating for 18 minutes.

Ali Harbi Ali, 26, traveled to Leigh-on-Sea in Essex to carry out his attack
(

Ali Harbi Ali, 26, traveled to Leigh-on-Sea in Essex to carry out his attack)

Sir David Amess was stabbed to death at his constituency surgery
(

Ali told jurors last week he had no regrets over the killing, saying he did so to prevent Sir David from further “harming Muslims” in Syria.

He said: “If I thought I did anything wrong, I wouldn’t have done it.”

Ali had sent a manifesto on WhatsApp to family and friends seeking to justify his actions around the time of the attack.

The trial heard how Ali had arranged an appointment to see the Southend West MP under the ruse of being a health worker moving to the area.

He also told Sir David he was “sorry” before plunging the knife into him, causing the politician to scream. The MP died at the scene.

He also threatened to kill the MP’s two female aides and a couple who had arrived for their appointment.

Ali was later apprehended by two police officers armed only with batons and spray.

He told jurors: “I suggest you will never forget the body-worn footage of the defendant still holding the bloody knife he had had for five years for just such an attack in that church on Sir David Amess.”

The prosecutor told jurors: “In Ali Harbi Ali’s world, he has done nothing wrong.

Mr Little called on the jury to consider the evidence by applying “cool logic and common sense”. 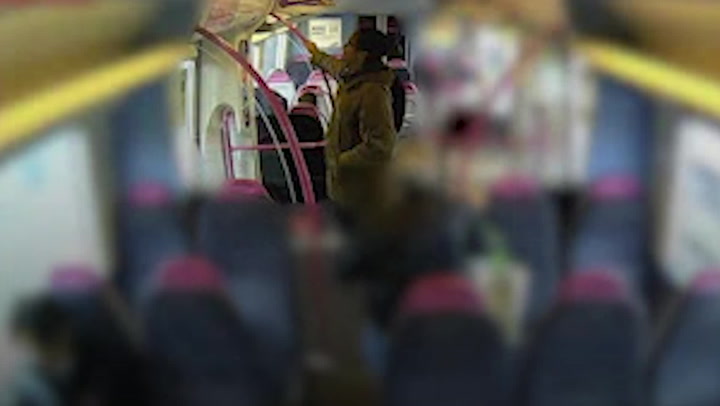 Tracy Ayling QC, defending, told jurors that the defendant’s case was that he acted to “save lives” in Syria.

She said: “His purpose was, as he puts it now, to save lives at the expense of Sir David’s but also his own.”

Jurors were told Ali had no mental health issues and he accepted much of the evidence against him.

Following this afternoon’s verdict, Director of Public Prosecutions Max Hill QC said the murder was “the most appalling tragedy”, particularly for the Amess family, and an “attack on democracy”.

He said: “I’m obviously pleased that at the end of what must have been a very difficult trial for Sir David Amess’s family, justice has been served and this individual will now pay the price for his crimes.”