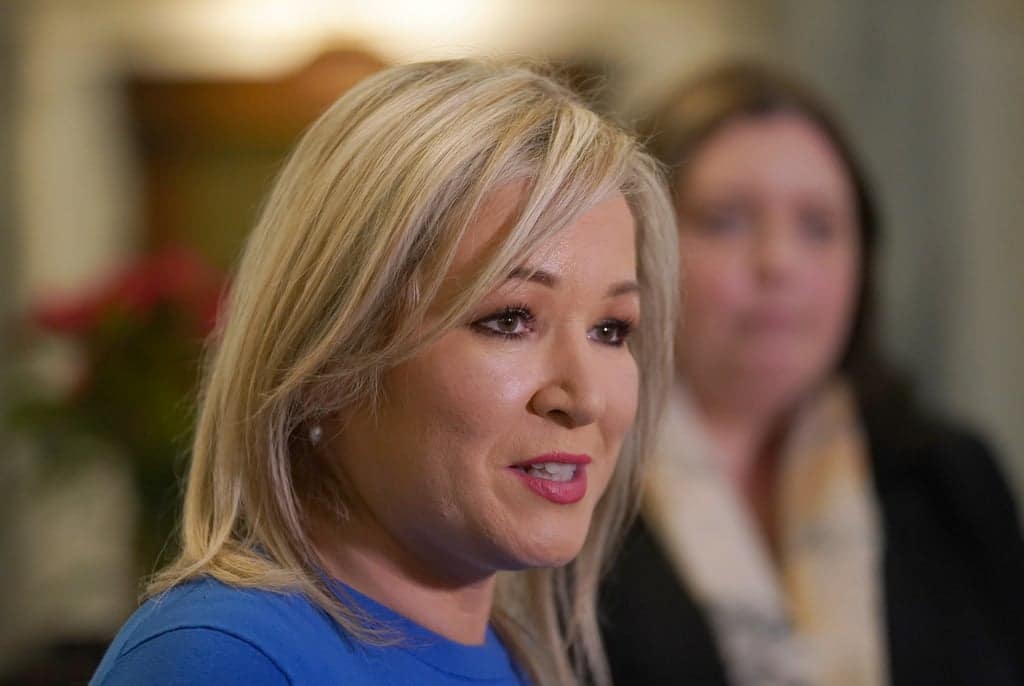 Northern Ireland’s former deputy prime minister Michelle O’Neill has said she will be ready for business as soon as the Assembly election is over.

On the final day of the current Stormont mandate, Ms O’Neill said that the Assembly had found ways to deliver legislation that was important to people.

As the parties prepare for the May poll, DUP MLA Peter Weir said the election would be the most important he had ever fought.

Several pieces of legislation, including a bill to make period products freely available to all in schools, colleges and public buildings, were passed before dissolution.

However Northern Ireland’s first multi-year budget in recent years was unable to be passed in the absence of a first and deputy first minister.

Paul Givan resigned earlier this year as part of the DUP’s protest against the Northern Ireland Protocol, which also removed Ms O’Neill from the joint office.

Ms O’Neill said she will be ready to form an Executive when the parties return to Stormont.

“We’ll fight the election, we’ll ask the public for their support, we’ll come back after this election and I’ll be here to do business,” she said.

“There is so much for us to do so politics must work. The public deserve politics to work, they deserve politicians working together. I will be readily available to form that government straight after the election.

“Regardless of the outcome, we’ll be here to do business.”

“One of the successes of this mandate has been the fact that all the parties have worked together with unity of purpose to deliver for workers, families, businesses who were struggling with what was unprecedented times in terms of the pandemic itself,” she said.

“I think that’s been a positive, that everybody was there with the right heart, the right intention to serve the public well in the most challenging of circumstances. I’m also glad to say that this mandate has produced some of the most progressive pieces of legislation and that it was delivered because parties worked together.

“I think in spite, at times, of the DUP’s opposition and attempts to hold things back, we worked with the other parties and we found ways to deliver things that were really important to people.”

DUP MLA Peter Weir said: “As today marks the end of the end of the Assembly mandate, there has been so much good work that has been done, but there is so much more to be done for Northern Ireland to help move us forward.

“We are looking forward to the election, to going forward on a positive campaign.

“We have a positive agenda to go forward on. This contrasts with the very divisive approach that Sinn Fein are taking.

“This is possibly the most important election that I have ever fought for.”