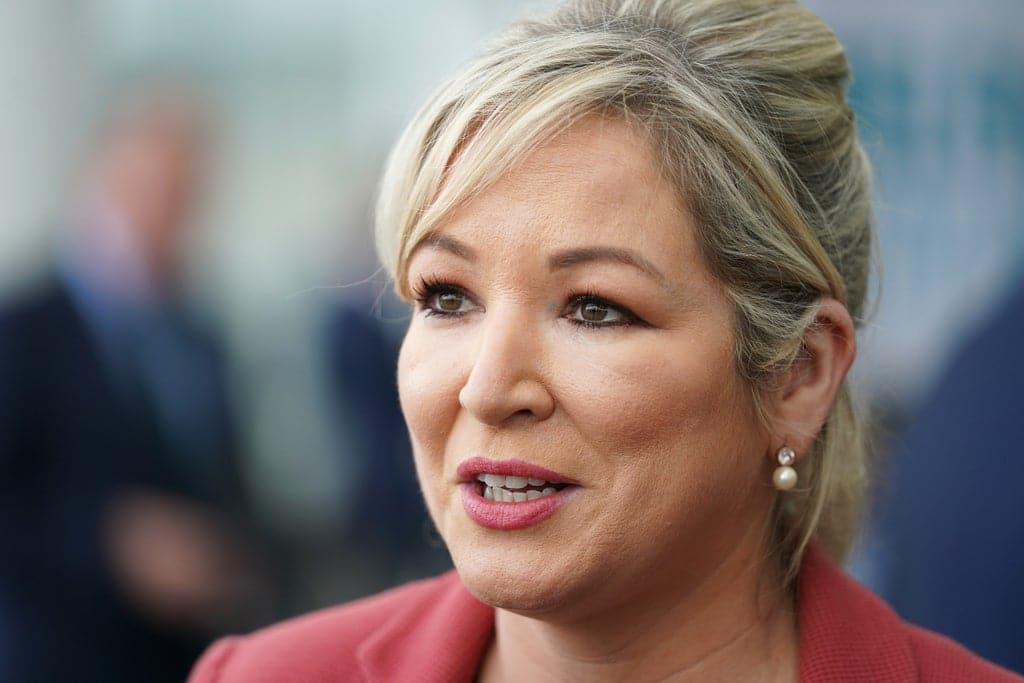 Sinn Fein has called on the DUP to renominate a Stormont prime minister on Thursday to enable the Executive to meet to agree to a budget and release an additional £300 million in funding.

Michelle O’Neill made the call ahead of a virtual meeting of party leaders in Northern Ireland on Thursday afternoon.

Sinn Fein Finance Minister Conor Murphy has insisted a budget cannot be struck without an executive in place, meaning an additional £300 million allocated to the administration for the coming financial year cannot be accessed.

In the absence of an agreed budget, departments will have to rely on emergency arrangements to keep day-to-day services running in the 2022/23 financial year.

The impasse over the budget comes amid mounting cost of living pressures in Northern Ireland.

Other ministers remain in post in shadow formats but the wider administration cannot meet or make significant decisions.

Mr Murphy this week received legal advice from Northern Ireland Attorney General Brenda King that said he does not have the power to bring a budget to the Assembly in the absence of an executive.

It is understood that earlier he received similar advice from the Departmental Solicitor’s Office.

The advice centers on the legal interpretation of Section 64 of the 1998 Northern Ireland Act, which states that a finance minister can only lay a budget before the Assembly once it has been agreed by the Executive.

The DUP has insisted there are alternative ways to pass a budget without an executive being in place.

On Thursday morning, Ms O’Neill tweeted: “What the public need is restoration of the Executive with its full spending & decision-making powers.

“The DUP should nominate an FM so we can hold an extraordinary Executive; agree a budget & allocate the £300 million available to struggling families – I’m ready to do that today.”

Ahead of Thursday’s party leaders’ meeting, the SDLP has proposed emergency measures to access the £300 million.

It said its representatives met legal clerks in the Assembly and Westminster to discuss what powers are available to bring forward emergency legislation to help people with the spiraling energy costs.

SDLP MLA Mark H Durkan has started work in the Assembly to explore whether an accelerated Private Member’s Bill could be used to release funds.

And at Westminster, SDLP leader Colum Eastwood has engaged with Secretary of State Brandon Lewis to assess whether a UK Government intervention could help to resolve the issue.

Mr Eastwood is to make a formal proposal at the meeting of the party leaders.

“It is incumbent on all of us, whether in the Assembly or at Westminster to now work collectively to explore what can be done to help people now,” he said.

“We cannot sit idly by and wait for this crisis to consume families here.

“If legal advice is stopping the Finance Minister from spending this money, then we need to find another way to get this money out fast.”