Skip to content
Home News Since fire is a plasma, could water plasma be used to put it out? | The scientists respond | Science 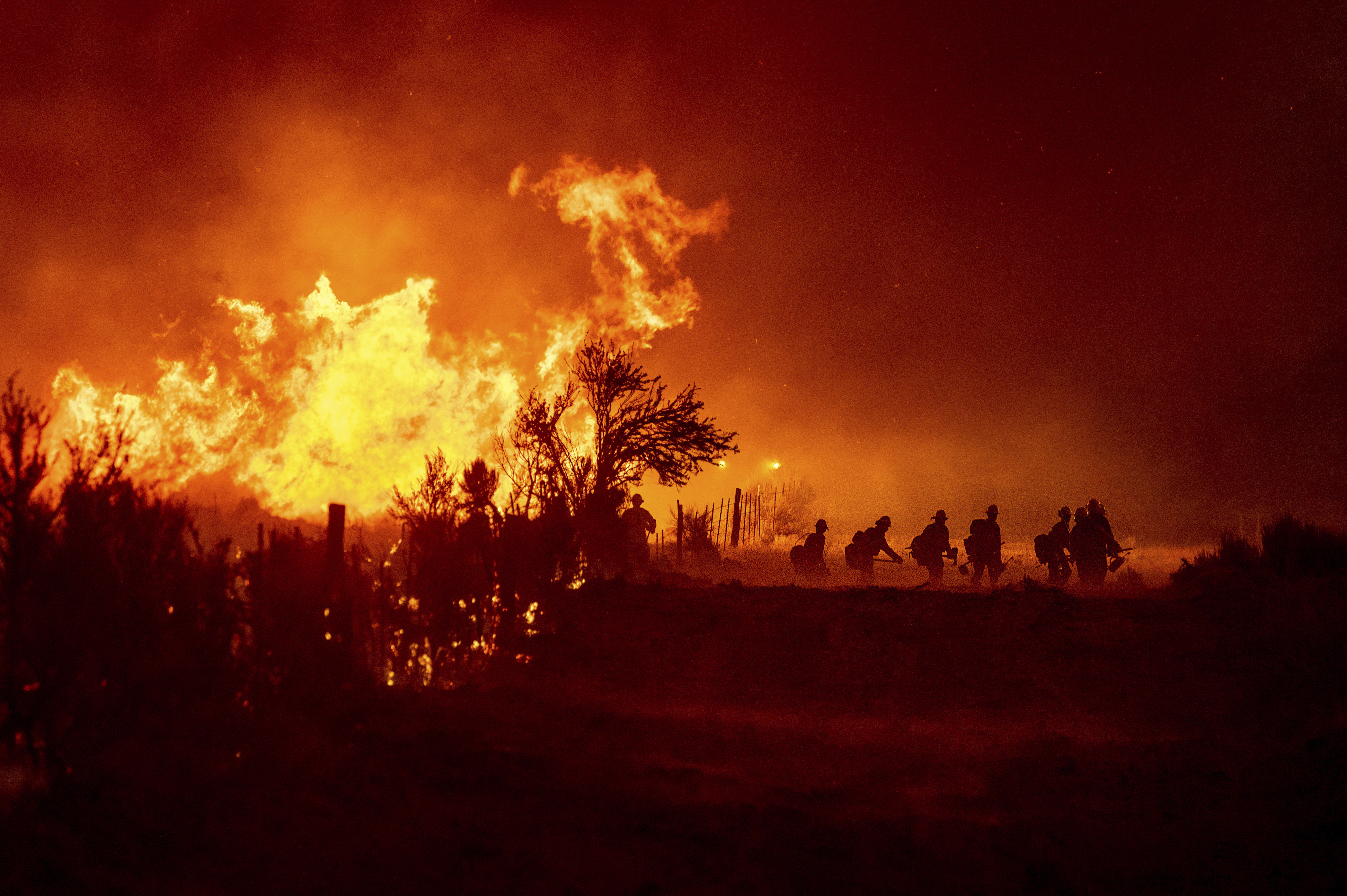 Before answering the question, I will explain to you that plasma is nothing more than a state of matter. When we have any very cold element it is usually in a solid state but if we raise its temperature it becomes liquid (each element has a different temperature to solidify or become liquid). But you can imagine the water of your question. When it is very cold it is ice, that is to say, solid. If we raise the temperature, it becomes liquid water. At this time the molecules (two atoms of hydrogen and one of oxygen) begin to be less fixed than in a solid element, in a solid all the elements that compose it are well attached to those around them. In a liquid, the atoms have a certain degree of freedom. But if the temperature continues to rise, the water turns into steam, a gas. And in a gas each molecule is by its side, it no longer has a memory, it does not know what other elements were around it. If I keep raising the temperature more and more, the molecule breaks down into atoms and each atom is detached from the electrons, leaving a soup of nuclei of oxygen, hydrogen, and electrons, all loose, already at such high energy that they can no longer react. each other by no means, unless we cool the plasma and the matter hopefully condenses back into water molecules. In any case, plasma built from water has nothing to do with water as we know it.

As you say in your question, fire is indeed a plasma. But let’s see what would happen if we generate a plasma from water and project it onto the flame of a fire, will the fire go out? Well, if by fire we understand the plasma of the flame, note that projecting more plasma (from water molecules) does nothing more than add plasma to the plasma, while the combustion that gives rise to said plasma would not be affecting anything ( with a caveat that we explain later). So if the underlying combustion, the one that gives rise to the referred fire, does not cease, said projection of plasma on plasma will have no effect whatsoever. Whatever is burning will continue to burn, and will continue to generate more plasma (flame).

See also  Who is Nazanin Zaghari-Ratcliffe and why was she imprisoned in Iran?

Now, note that the use of water in liquid state as a means of extinguishing fires is based on the fact that the water attacks two points of the fire triangle (although only for fires of a certain type): on the one hand, it reduces the energy activation of the fire, and on the other hand, isolates the fuel from the oxidizer, preventing the combustion reaction from continuing. For example, pouring water into a burning log of wood allows the temperature of the burning log to drop, and at the same time, by wetting its surface, prevents contact of the log (fuel) with oxygen in the atmosphere (oxidizer), for example so combustion will cease after a while.

At this point, although at first it seems that plasma cannot put out a fire, a caveat must be made: if we provide enough plasma to displace all the oxygen from the vicinity of our burning trunk, it will no longer have anything to do with it. What to burn because the oxygen present in the plasma is devoid of electrons, and so much energy that it cannot react chemically with the hydrocarbons in the trunk. The log will stop burning, but instead all the surrounding plasma will heat it up so much that it will also convert it to plasma. This would occur if you throw your burning log into the solar corona, where the plasma will engulf it, turning it into more plasma.

The truth is that if you had to make bets, I would bet that a plasma made from water, projected on a flame, would not extinguish the combustion that gives rise to said flame. And if we were to dump a lot of plasma, it is certain that we would make the situation worse.

Despite the fact that plasma is very unknown to most of us because we do not usually interact with it in our daily lives, beyond fire, rays or fluorescent light tubes, it is the state in which 99% of matter in the universe. And it is that all the stars are in a plasma state and in the universe there are billions of stars.

In my work we also use plasma because we are developing a machine that achieves energy through nuclear fusion. At Ciemat we work to achieve fusion between nuclei of atoms, a reaction that releases a lot of energy and that is what occurs in our sun. To achieve this we make a large vacuum in the container in which we are going to form the hydrogen plasma and keep it confined by high magnetic fields (since the plasma has an electrical charge, these elements are subject to the magnetic field lines) in this way and by raising the temperature dramatically, up to millions of degrees, we study plasmas for energy production. Fusion energy is still in the experimentation phase.

Isabel Garcia Cortés She is a doctor in Physics and a researcher at the Ciemat National Fusion Laboratory.

We respond is a weekly scientific clinic, sponsored by the Dr. Foundation Antoni Esteve and the program L’Oréal-Unesco ‘For Women in Science’, which answers readers’ questions about science and technology. They are scientists and technologists, partners of AMIT (Association of Women Researchers and Technologists), those that answer those doubts. Send your questions to [email protected] or via Twitter #nosotrasrespondemos.