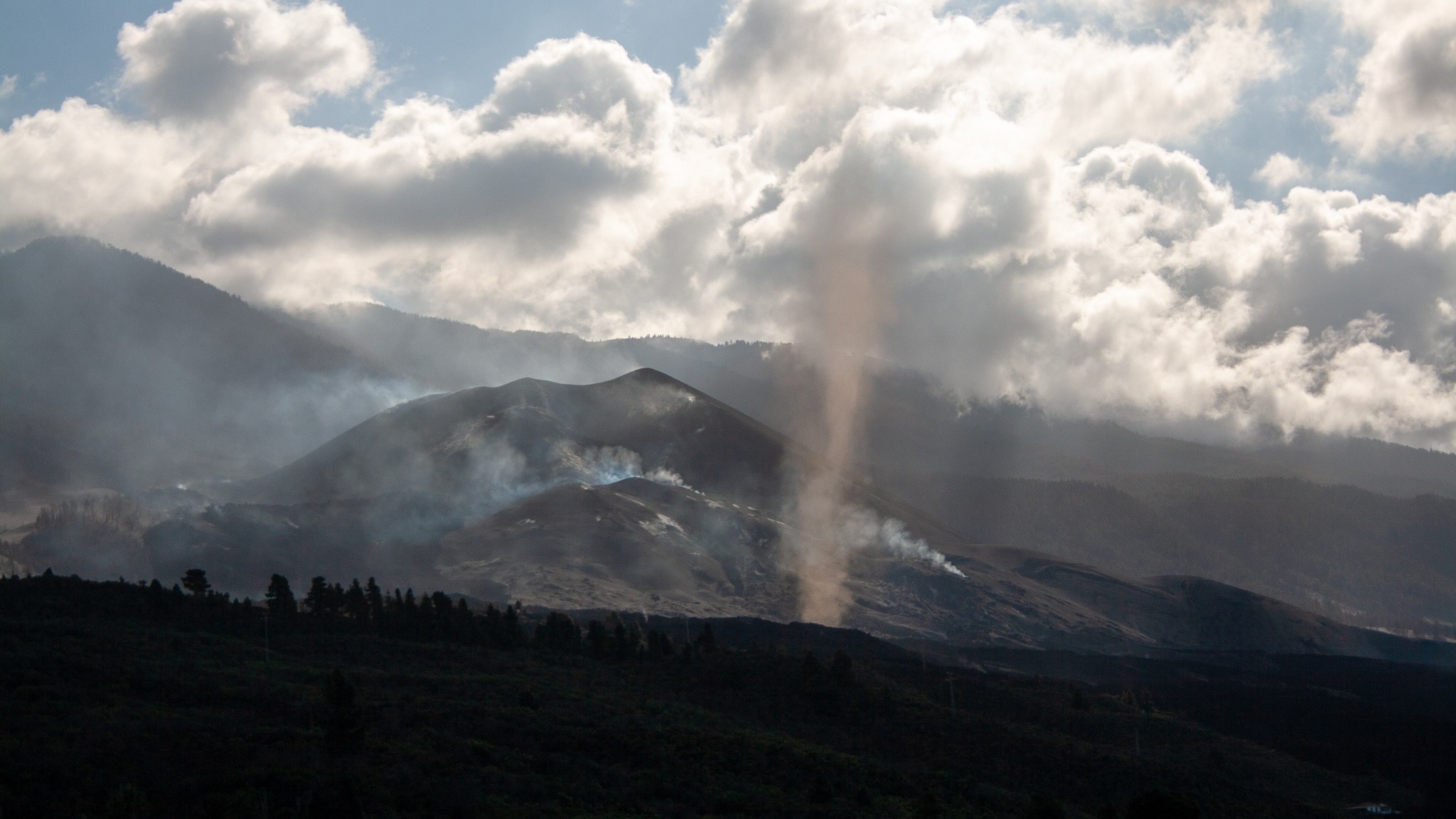 For the first time in a long time, the song of birds is heard again in the Aridane Valley. After almost three months of eruption, the volcano has stopped spitting fire and ash, and has also become silent, filling everything with a silence that is difficult to assimilate. The vital signs of the eruption have subsided, and from Cumbre Vieja only gases come out, which emanate from its surface like the rattle of a dying man, although the palm trees still refuse to believe it. “This is not a volcano you can trust,” they repeat over and over again.

“It is very strange to be without the background noise, without that unpleasant smell, without thinking about whether the ground is going to shake …”, he says Paula, a neighbor of El Paso who works in the tourism office of this town. “This peace is somewhat disturbing, because it is a very abrupt change. Although we had not gotten used to it, we had learned to live with the volcano,” he says.

That volcano that still has no name is now a smoking mountain, that you are in a “very low phase” and of “exhaustion”, In the words of the technicians of the Volcanic Emergency Plan (Pevolca), who did not rule out a rebound either, so they have given a period of ten days before certifying his death. In the memory of the island is the eruption of the San Juan, in 1949, which took a four-day break before resurrecting in El Duraznero, by a new mouth that discharged towards the eastern slope of the island.

“In my opinion, we must be quite cautious and prudent, especially so as not to create false hopes. I think that now we have to wait those ten days and that those values ​​are maintained, and then we will be able to affirm that the eruption has ended,” he tells RTVE.es Claudia Rodriguez, researcher at the Volcanological Institute of the Canary Islands (Involcan).

As explained from the Pevolca, there is still lava circulating through the volcanic tubes and also on the surface, but in increasingly specific areas and away from the main cone. The tremor signal, which is related to the underground movement of the magma, has completely disappeared; like the deformation of the terrain. In addition, the concentration of sulfur dioxide in the plume, which is another of the great indicators of the state of health of the eruptive process, is for the first time at extremely low values.

“We still don’t believe it”

Life on La Palma is preparing to pick up where it left off before the ground opened up in the area of ​​Cabeza de Vaca, near El Paso. The roar of the volcano has marked the rhythm of the valley since then, and now its absence has returned to its inhabitants that silence that they had almost forgotten, and also the small sounds that were hidden under so much noise. “This silence becomes very strange. We are a bit of us who do not believe it, although the ash is still in the air, so it is as if the volcano were there,” he says Airam, a waiter from El Paso, picking up glasses from a terrace table and wiping their metal surfaces with a cloth.

“I hope the volcano has reached the end, that it is over, but I still can’t believe it … I have no words to define what these three months have been like, everyone around here has had a bad time. I know hundreds of people who have lost their home or work, who are evicted … And there is no hope that this will be fully recovered, “he continues, before returning to the interior of the bar.

Almost at the limit of the exclusion zone caused by the volcano, in the place known as El Calvario, between Tacande and El Paso, Viviana He runs a small grocery store specializing in German products. Its main clients have always been citizens of this country who have a second home on La Palma and tend to spend the coldest months of the year there. But many of them lived in towns that have been washed away by lava, such as Las Manchas, El Paraíso or Tacande de Arriba; so the store has lost more than half of its business, according to the owner’s calculations.

“It seems that yes, that the volcano is quiet, but I am not sure that it will finally end, and I prefer not to say anything until Pevolca confirms it,” declares this Italian with resignation, although she admits that “what is What is true is that people are now a little calmer, and have a little more hope that this will end. ” “Once they confirm the end of the eruption, we will try to start again, to resume the life of before, although it will be difficult,” he admits.

In the Aridane Valley, the morning is sunny, and the sky is covered in a dazzling blue. The dark plume that has shadowed the atmosphere for nearly three months remains, but is now barely noticeable. For the first time in a long time, its inhabitants have begun to dream of the end of the eruption, although they prefer not to verbalize it, so as not to wake up again to this cursed volcano that has already proven many times that it cannot be trusted. For now the song of the birds has replaced their furious roar, and the silence has also returned, as a foretaste of that life preparing to pick up right where it left off when the ground was opened one Sunday afternoon in September.