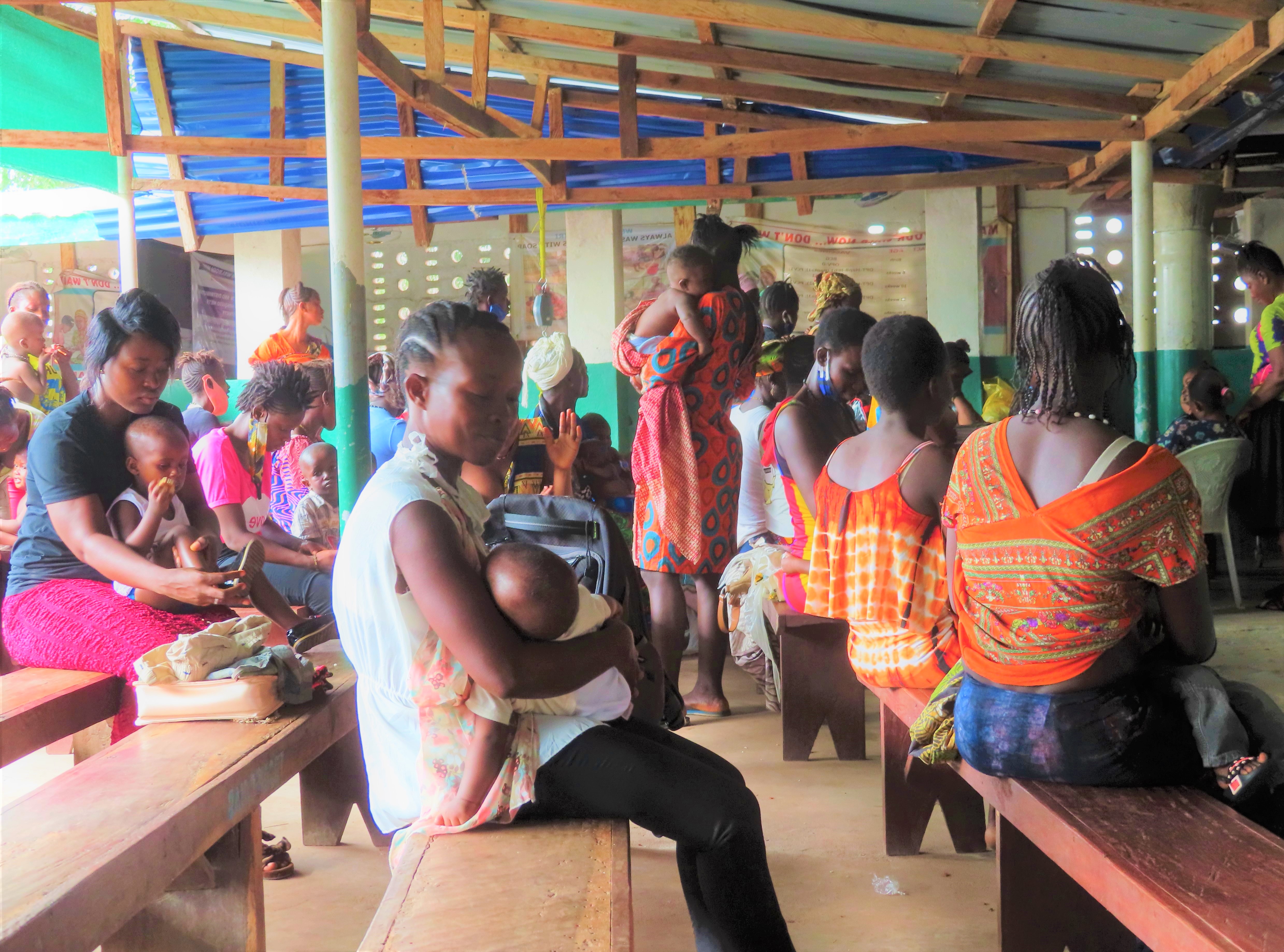 On a quiet Friday morning, November 19, an event to mark the start of MULTIPLY activities takes place in the assembly hall of the Makeni Town Hall (Bombali, Northern Province of Sierra Leone). This is an implementation project whose objective is to expand the protection of the intermittent preventive treatment of childhood malaria (TPI or IPTi for its acronym in English) until the second year of life, in Sierra Leone, and to introduce this intervention in two other countries: Mozambique and Togo.

The IPTi with sulfadoxine-pyrimethamine (SP) is an intervention evaluated and recommended by the WHO since 2010 to protect children against malaria. However, to date, it has only become health policy in a single malaria endemic country: Sierra Leone.

It is a paradox that the Ebola epidemic and the subsequent suspension of health services in the country, with the consequent increase in cases and deaths from childhood malaria, was the trigger for the implementation of this strategy, led by Dr. Sam Smith, then responsible for the malaria program in the African country.

But this fact constitutes an exception. To date, despite being an intervention that has been shown to be safe and effective in reducing clinical malaria, anemia, and hospital admissions; In addition to being very cost-effective (due to the low cost of the SP drug), accepted by the affected population and feasible its implementation (when administered in routine vaccination visits), it is not applied in the rest of the countries. If done, it could help reduce mortality and illness caused by malaria, especially in the first year of life, when more deaths occur.

The IPTi is a clear example of the winding paths that scientific knowledge often travels from the moment evidence is generated to its application. In the present case, various factors may have contributed to this.

How can the ambitious goals of the 2030 Agenda be achieved if the interventions that can have the most impact, such as the ICC, are not prioritized? Various elements conspire against its achievement. From the disconnect between the ambitious goals in child health, malaria or universal health coverage and the priorities of development and research donors, passing through perceptions not based on conclusive evidence that continue to influence decision-making. All this coupled with the lack of political will or leadership in endemic countries, as well as the low voice of a population group such as children under five years of age.

The recent WHO recommendation of the childhood malaria vaccine is excellent news: we will have another safe, equitable preventive tool – administered through the vaccination program – that can reduce malaria episodes by 40%. As is often noted, progress in malaria control requires a combination of tools. For this reason, the new vaccine does not make the implementation of the IPTi less necessary, which has an efficacy of 30%. On the contrary, it highlights the need to deploy and combine both strategies to better protect the largest number of children from malaria for longer and more equitably.

More than a decade after the recommendation of the IPTi by the WHO, the current context of stagnation in the fight against malaria and the pandemic forces us to rethink strategies. The renewed interest of some donors and policy makers represents a new opportunity for this intervention to reach its ultimate recipients, who are not the publishers of scientific publications in some high-income country, but children from malaria endemic areas in sub-Saharan Africa .

The new vaccine does not make the implementation of IPTi any less necessary. On the contrary, it highlights the need to deploy and combine both strategies to better and more equitably protect the largest number of children.

Children under five years of age are the population group that concentrates the majority of cases and deaths from malaria (274,000 deaths each year). Thus, the cost of inaction in this lost decade is estimated at around one million preventable infant deaths.

Together with the rest of the community dealing with childhood malaria, we are working to help change this. How? Promoting the IPTi among health authorities and donors with updated data, evidence and strategic information, advocating so that mortality from this disease has the visibility it deserves and is a priority on their agendas. Also through technical collaboration with the countries and other actors, training and providing support for its implementation in the countries, involving the affected communities in the process. All this to ensure that the application of this powerful prevention tool for childhood malaria reaches its full potential and is closer to being a reality in national malaria control programs in sub-Saharan Africa.

Anna Lucas She is the coordinator of the Maternal, Child and Reproductive Health Initiative of the Barcelona Institute for Global Health (ISGlobal), a center promoted by the “la Caixa” Foundation.

The consortium MULTIPLY is coordinated by the Instituto de Salud Global de Barcelona (ISGlobal) and is part of the Manhiça Foundation (FM) – Manhiça Health Research Center (CISM, Mozambique), College of Medicine and Allied Health Sciences (COMAHS, Sierra Leona), Université de Lomé (UL, Togo), L’Institut de recherche pour le développement (IRD, France) and Medicines for Malaria Venture (MMV, Switzerland). MULTIPLY is a project part of the EDCTP2 program funded by the European Union. In Sierra Leone, MULTIPLY is built on the structure of the ICARIA project, funded by the Gates Foundation and the la Caixa Foundation. In Mozambique, the project is being developed with the support of AECID.