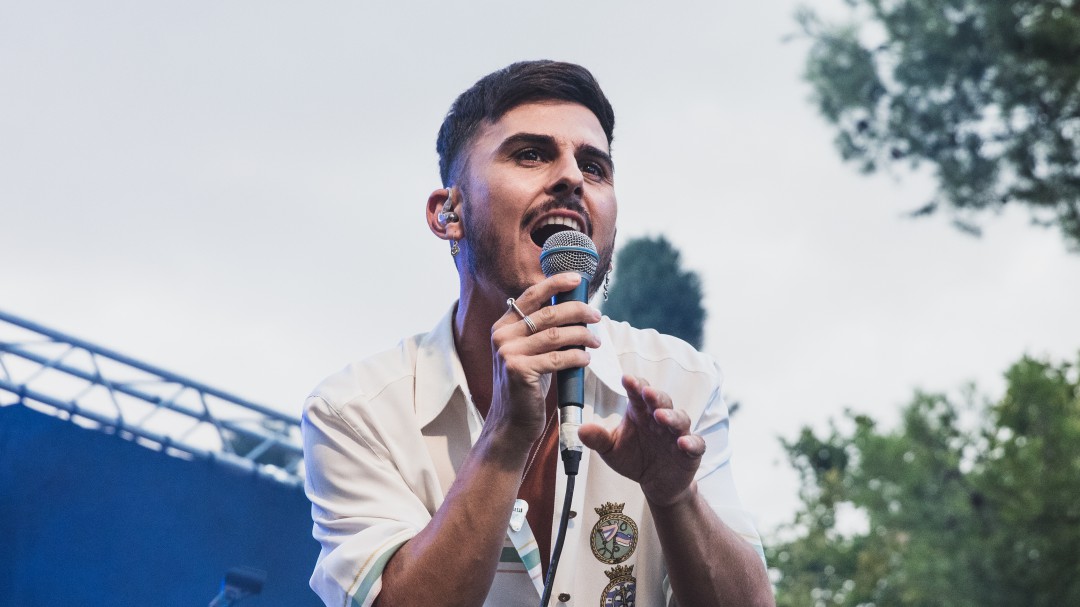 Anxiety is the word that is repeated the most throughout Sienna’s lyrics (Alejandro Ruiz, Valencia, 1992). Sienna is a young songwriter and singer who started early in the world of music. He has three discs behind him: Tragic and fleeting (2017), Impact times (2020) and an EP that he released this fall, melancholy.

“In tragic and fleeting and Impact times the epicenter was criticism of society, of prejudices, of all those pre-established ideas that seem to shoot us in the head. And now I needed to tell something different, a specific moment that I have gone through, “he warns.

Sienna speaks fast, but confident and concise. He has been suffering from anxiety for years and he does not hide it, he shares it through his songs, his music, with great sensitivity, poetry and maturity. The pandemic has put the debate on mental health on the table, it has surfaced those diseases that have always been there, but that now have touched us more and many more: anxiety and depression.

“Melancolic is a photograph of a destructive process that I have gone through. I have suffered from an anxious depressive disorder, which the pandemic has exacerbated. And it is what I wanted to tell in these five songs and nothing else, that is why it is an EP, no I wanted to fill it with other songs, “he tells us.

During the confinement, many artists went out of their way to, through their music and culture, help us avoid the terrible numbers of infections and deaths that distressed us. For Sienna, it was an added pressure to her anxiety: “everyone turned to social networks, to produce, sing and play streaming and I felt that pressure, that constant anxiety to produce, to generate content. I was frustrated for not complying with it. the expectations I had in my head. “

Music has helped him to externalize it, to share it so that the public can feel identified with those common processes resulting from stress and frustration. With Sienna we have reviewed her songs, some dark lyrics, despite those clear and catchy rhythms of all of them. Sienna says that she does not sing about love, that she prefers to live that in privacy. He sings or “vomits” other universal themes that touch with all of us: fear, stress, anxiety, depression, insecurity or dissatisfaction.

“Music can be therapeutic, but you have to seek help outside, with professionals, and I have done it,” emphasizes the singer, who agrees with Vega, who also addresses mental health in his new job. “That help has given me resources to manage all these feelings, to learn to live more calmly with that insane self-demand, that way of boycotting myself.”

Sienna calls on politicians to “democratize mental health and its professionals.” He is aware of the importance of mental health and works with his band. Because the music industry has played tricks on him too, causing his project to be completely self-managed today. “Pressures to have the best live performance, the best physique, managers who have appropriated the rights to my songs … all that has generated more anxiety in me and made me lose my mind and perspective.”

He also dedicates a song to this dark side of the music industry in Melancolic. This is going to kill me, the song is called and the title says it all. “I criticize the ferocity of the industry, the immediacy, bringing up a topic and that the next day it seems that it has been forgotten. That is why my project is totally self-managed.”

After almost two years of hiatus, Sienna is preparing to tour to present this EP, melancholy, and also themes from his previous works, including Impact times, which was paralyzed by the pandemic.