Skip to content
Home News Siege of Mariupol: Why the Ukrainian port city has been targeted by Russia 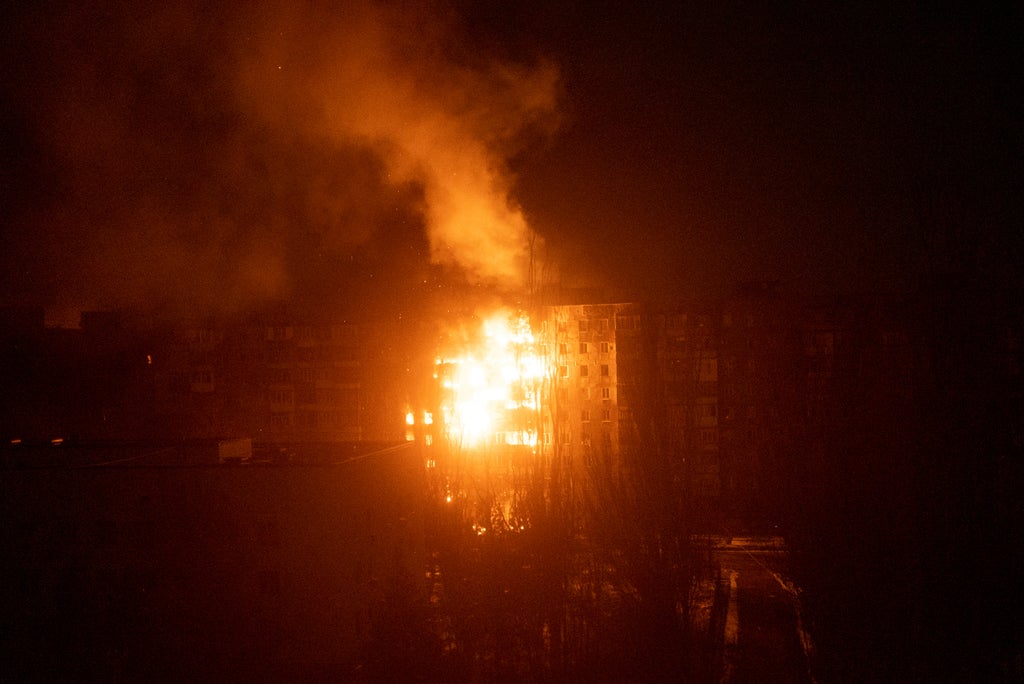 The southern Ukrainian port city of Mariupol on the Sea of ​​Azov has been under siege from Russian missiles for almost a month now, its buildings devastated and its remaining population enduring hellish conditions.

An estimated 80 per cent of its infrastructure has now been decimated, with its electricity, water, heating and lines of communication all cut off and those attempting to flee forced to make their way through gun battles and past unburied corpses as Russian forces try to pound the city into submission.

Those who have made it out of Mariupol have described a devastated landscape.

“There are no buildings there anymore,” said 77-year-old Maria Fiodorova, who crossed the border into Poland on Monday after five days of travel.

“They bombed us for the past 20 days,” said Viktoria Totsen, 39, who also fled to Poland. “During the last five days the planes were flying over us every five seconds and dropped bombs everywhere — on residential buildings, kindergartens, art schools, everywhere.”

“There’s no connection with the world. We could n’t ask for help, ”said Julia Krytska, her hands reportedly still shaking as she arrived in Lviv by train with her husband and son, the family helped out by volunteers.

Aid agencies like the Red Cross have meanwhile complained that they have been unable to deliver the emergency supplies the under-siege inhabitants so badly need.

The city had a pre-war population of around 430,000 but it is unclear how many people remain behind, locked in a desperate fight for survival.

About a quarter of its residents are believed to have fled early in the war and tens of thousands more have escaped over the past week by way of humanitarian corridors, with somewhere between 100,000 and 200,000 people still thought to be trapped.

Ukraine has refused to surrender, however, brushing off Russia’s latest bad faith ultimatum to hand Mariupol into its clutches.

And still the fightback continues, with Ukraine’s defense ministry saying on Tuesday that its forces continue to defend the city and had destroyed a Russian patrol boat and electronic warfare complex in the latest skirmishes between the two sides.

There are a number of reasons why securing Mariupol is so integral to the Kremlin’s plans.

The port is all that stands in the way of Russia securing a land corridor between Crimea, which it annexed in 2014, and the pro-Russian separatist regions of Donetsk and Luhansk in the Donbas, the quasi-states whose dubious claim to independence Vladimir Putin so cynically moved to recognize on 21 February as a prelude and pretext to the subsequent invasion three days later.

That corridor would give Russia a solid southeastern platform in Ukraine from which to launch a broader assault into the center of the country while also blocking access to the Sea of ​​Azov entirely.

Mariupol was previously both an important industrial center known for iron and steelworks, heavy machinery, manufacturing and ship repairs, as well as a key export port, allowing it to transport grain and metals to Italy, Turkey and the Middle East via the Kerch Strait.

It has also been a refuge and a home to Ukrainian nationalists fleeing the fighting in Donetsk over the last eight years, as well as a base for the notorious Azov Battalion paramilitary group, alleged to have neo-Nazi roots.

Securing Mariupol would therefore give Mr Putin an important symbolic victory in his declared mission to “de-Nazify” Ukraine, even though that group represents only a tiny fraction of its fighting forces, and see him begin to realize part of his vision for “Novorossiya ”, restoring Black Sea coastal territory he considers to be “historically Russian” to Moscow’s control.