Skip to content
Home News Siege of anti-vaccines in Europe on the eve of Christmas: countries harden their positions | International 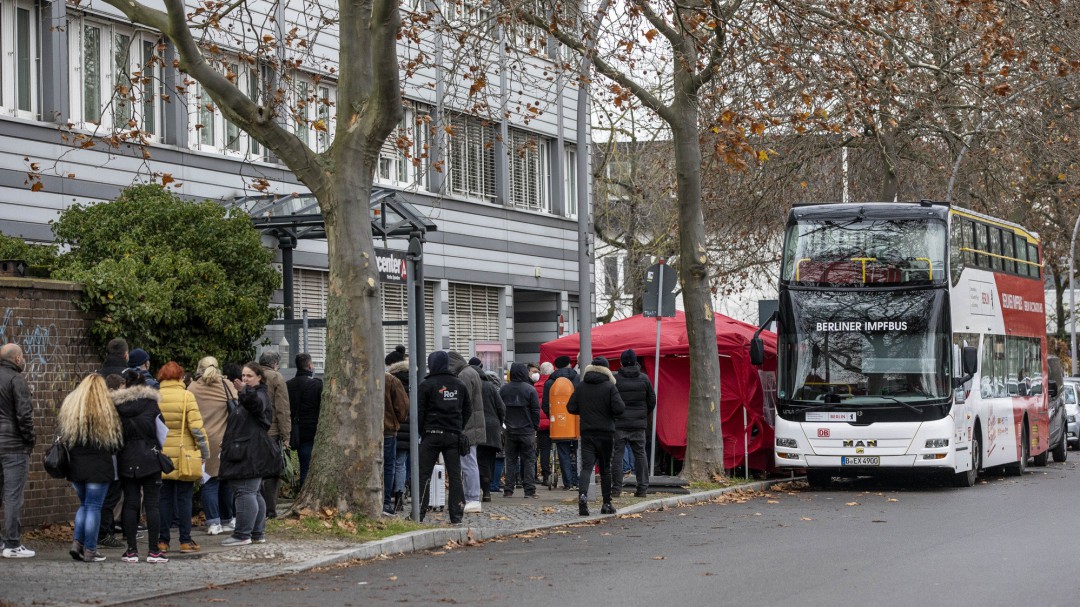 After a few months where the coronavirus had taken a back seat, thanks to the boom and effectiveness of vaccines, concern has returned among the main European countries, due to a dangerous increase in incidence.

Its leaders have decided this time that they will not be as permissive with anti-vaccines as they have been up to now, and have announced specific measures against them, as well as for the rest of the population, who are experiencing the consequences of high mistrust with the dose.

The most radical proposal so far has come from Vienna, Austria. The Central European country has announced a general confinement for 20 days of the entire population from Monday, after the measures adopted so far, including restrictions on the movement of the unvaccinated, have failed to stop the increase in infections.

In addition, he has indicated that the vaccine will no longer be optional. All its citizens should receive the dose from February, since Austrians are the population with the lowest percentage of vaccinated in the Old Continent, with only 65% ​​of its residents with the complete guideline. In addition, its incidence is skyrocketing and is over 1,000 cases. “You have to look reality in the eye,” he said. the Austrian Minister of Health, Wolfgang Muckstein.

Vaccination in countries such as Germany, Austria or the United Kingdom, oscillates in ranges of 64% and 67% of the population, while it is somewhat higher in Italy (72%) or Portugal, which has reached 87.7% of vaccinated .

Austria’s neighbor, Germany, is not experiencing a positive epidemiological situation either. It has some areas of the country where the incidence is close to 1,500 points and has decided to take forceful measures. “We have reached a point where the only increase in vaccination will not be enough to contain this fourth wave. The whole country is a big outbreak,” he said this Friday. Lothar Wieler, the president of the Robert Koch Institute, an agency of the German federal government and research institute responsible for disease control and prevention.

For areas where this rate exceeds 1,000 cases, the German government has decided to impose a total confinement of three weeks. “This is a pandemic of young people and of the unvaccinated,” said the Bavarian Minister of Health, Klaus Holetscheck. Vaccination in Germany is currently from

“Everything will be closed here, except for kindergartens, schools and essential commerce,” he said. Holetscheck. In this way, a total of eight regions will be affected by the measure. In addition, the Munich Christmas market has been suspended and the other mayors are expected to do the same in the coming days. Secondly, has imposed the closure of the hotel business at 10 pm, while cultural and sporting events can only be held with 25% of the capacity and only for vaccinated people and people who have overcome the disease.

Another of the countries that has decided to act has been Greece. In the first place, it has decided to offer the third booster dose for all those over 18 years of age, a measure not very effective considering that only 60% of the population is vaccinated.

On the other hand, lUnvaccinated people must present the result of an antigen test or a PCR to enter banks, public buildings, fashion stores, gyms or hairdressers, although it does not apply to grocery stores or churches. They must also present a negative test to be able to sit on the terraces of the premises, while the interior spaces are reserved exclusively for the vaccinated. In addition, employees in the public and private sectors will have to undergo two weekly tests while they choose not to receive the puncture.

Although it has un 82.7% of the population over 12 years of age who already have the full regimen and 86.4% have at least one dose, the Dutch government has decided to tighten its restrictions. Last week it decided to advance the closure of non-essential stores at 6:00 p.m. and hotels, supermarkets and pharmacies at 8:00 p.m. to stop the cases of Covid-19, after registering the highest number of infections since the beginning of the pandemic. In addition, sporting events will again be played behind closed doors for the next three weeks.

On the other hand, the Dutch Parliament has introduced the so-called “2G policy”, which involves the total exclusion of unvaccinated people from restoration and events even if they test negative for coronavirus. It has also established the night closing of the country.

Another of the Central European states, Belgium, has decided to take measures to stop the transmission of the coronavirus among its population. The Belgian government has announced that teleworking will be mandatory from this Saturday at least four days a week, a rule that will be in effect until December 13, at least.

“The situation is in the red, the number of beds in intensive care has doubled,” declared Prime Minister Alexander De Croo, adding another preventive measure: extends the use of the mask, which will become mandatory inside establishments or leisure places even when the COVID certificate has been requested to enter.