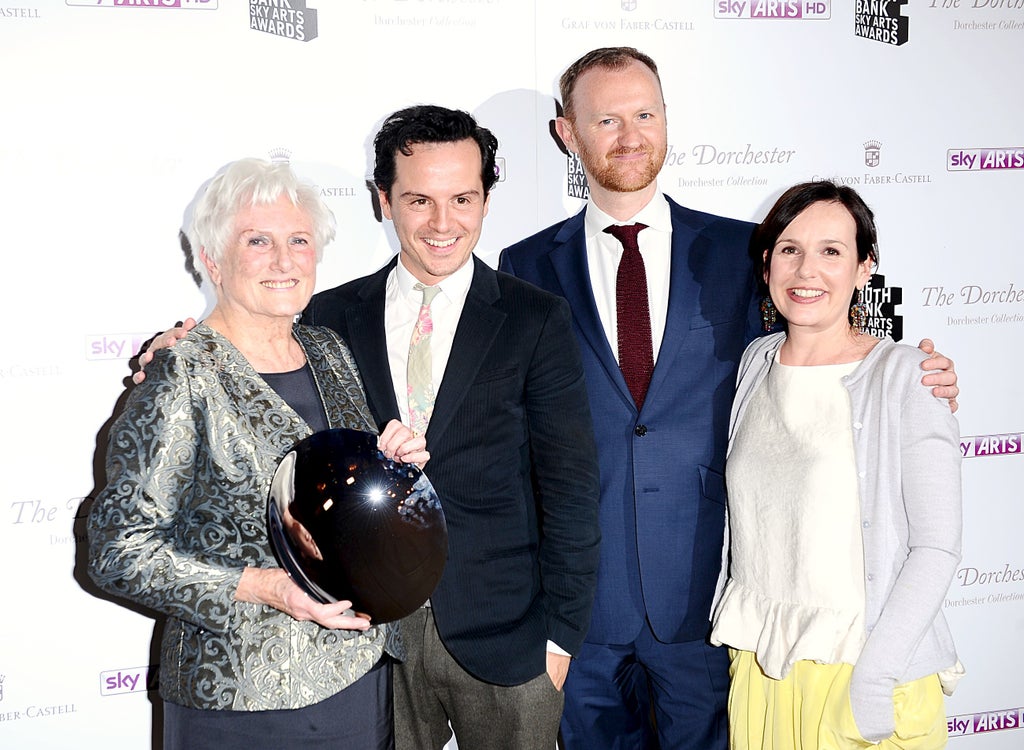 Across her varied career, Vertue progressed from secretary to talent agent before establishing herself as an award-winning producer of TV and film through her company Hartswood Films.

The influential media executive was nicknamed “Sherlock’s godmother” by the show’s star Benedict Cumberbatch for his role in bringing the Sir Arthur Conan Doyle adaptation to the BBC.

Gatiss, who launched the series with Steven Moffat, said on Twitter: “Beryl Vertue. What a life. An extraordinary legacy. From Goons to Rag & Bone Men, Daleks to Consulting Detectives. She saw it all and did most of it.

“But foremost – a wonderful woman, a loyal colleague and an absolute scream. She was loved.”

She said in a statement: “Beryl Vertue enjoyed an extraordinary career as one of the most influential women in British broadcasting.

“A patron of British comedy and drama, she was a producer known for her great tenacity and charm – and she literally helped shape the TV industry as we know it today.

“She was always incredibly kind and generous with her advice. She was an inspiration and a true role model for all women in television.”

Alistair Petrie, who portrayed Major James Sholto in Sherlock, added: “The truly great Beryl Vertue has left us. What a human being. What a creative and extraordinary life force. She will be missed by so many.”

Vertue’s career started when she was asked by Steptoe And Son writers Ray Galton and Alan Simpson to type up their scripts.

When in the mid-1950s the pair set up Associated London Scripts (ALS) with Spike Milligan and Eric Sykes, she began finding work and negotiating fees for figures such as sitcom scriptwriter Johnny Speight and actor-comedian Frankie Howerd, in effect becoming their agent. .

She also had success selling shows such as Til Death Us Do Part and All In The Family to the US market.

In 1967, music manager and impresario Robert Stigwood bought a majority stake in ALS and Vertue became managing director of his new company RSO.

She founded Hartswood Films in 1979 and it would go on to produce shows including the hit 1990s sitcom Men Behaving Badly starring Martin Clunes, Neil Morrissey, Leslie Ash and Caroline Quentin, as well as Sherlock and Dracula starring Danish actor Claes Bang.

Her daughter Sue followed in the TV industry as a producer and is married to writer and producer Moffat, former showrunner of Doctor Who and co-creator of Sherlock.

In 2004, she received Bafta’s Alan Clarke award for outstanding creative contribution to television.

And March 2012 saw her honored with the lifetime achievement gong at the Royal Television Society Program Awards.

In 2016, Cumberbatch presented her with a lifetime achievement prize at the Women In Film And TV Awards.

Her daughters Sue and Debbie announced her death in a statement to the PA news agency.

They said: “It’s with the heaviest of hearts that we have to share the sad news that mum/Beryl passed away peacefully last night. It was n’t Covid, it was just her nearly 91-year-old body of her saying enough is enough.

“We were there so the passing was as good as one could hope for. Ella’s nothing wrong with her brain – even earlier this week she was grilling us both about work.

“It’s really impossible to believe that she has gone though, because I know we’re not alone in thinking that somehow she’d go on forever. She meant so much to so many.”