The action from the RMT union is over pay and redundancies with more strike dates due later this month and in July.

Thousands of jobs are at risk in maintenance roles and ticket office closures were planned as well as pay freezes during the cost of living crisis, says the RMT union.

Striking sail staff picket outside Cowlairs maintenance depot and signal center on June 21, 2022 in Glasgow, Scotland. The biggest rail strikes in 30 years started on Monday night with trains canceled across the UK for much of the week. The action is being taken by Network Rail employees plus onboard and station staff working for 13 train operators across England (Photo by Jeff J Mitchell/Getty Images).

Speaking on Good Morning Scotland, Graham Simpson, Scottish Conservative transport spokesman, said the RMT should stop “being so militant” and get round the table to “stop crippling the country”.

Yet, Labor accused the UK Government of a “catastrophic failure of leadership” over the strike with certain Scottish MSPs saying they are joining picket lines today.

Disagreeing, Mr Simpson told the program there would be “very little point” of Grant Shapps being involved as “he is not the employer”.

Rail strike: All the ScotRail services running during the RMT strike on Tuesday,…

The Scottish Conservative transport spokesman said: “There are 13 train companies involved and I don’t think Grant Schapps going in would achieve anything right now.

“What has to happen is the RMT have to come back round the table with the negotiators, call off the strikes because that’s not helping anyone, and get the trains moving again.”

Speaking earlier on the BBC Scotland programme, Gordon Martin from RMT said the strikes were the “last resort” for members as he said managers are on a “Westminster leash”.

This comes amid more than a month of disruption in Scotland, with ASLEF – the train drivers’ union – also demanding higher pay for workers.

Mr Simpson said there was a “fundamental difference” between the situation with ScotRail and that with Network Rail.

Mr Simpson said: “ScotRail is nationalised, it is run by the Scottish Government, so Jenny Gilruth was accountable and that is why I said she should have got involved.”

Mr Simpson said he found the strikes “totally unacceptable” after last ditch talks between the RMT union and Network Rail failed on Monday.

ScotRail said it would run very limited services on five routes in the central belt only, with no replacement buses or taxis throughout the period of industrial action.

First Bus said it would try to run more buses “where possible” but currently has a shortage of about 300 drivers.

Nick King from Network Rail said the organization does not agree their hands are tied by the UK Government, however, said there is a deal to be done.

Mr King said: “We do have an offer we can make to the union. We do feel that it is an offer that would reflect a fair pay settlement in the current pay climate.”

The spokesman said if the RMT made some movement in terms of working practices then there could be a resolution to the strike. 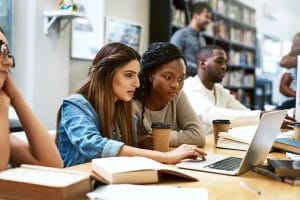