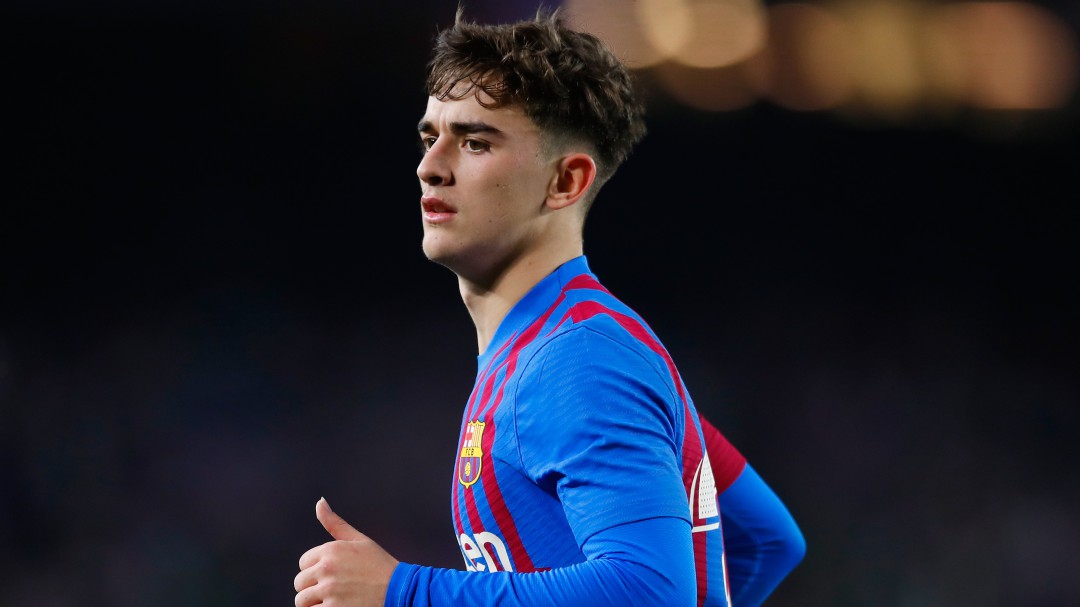 The League duel between Sevilla and Barcelona can be followed on ‘Carrusel Deportivo’ from 9:30 p.m., directed by Dani Garrido and narrated by Lluis Flaquer. In addition, the game can be seen on the League channel of ‘Movistar +’ with the audio option of ‘Carrusel Deportivo’.

Sevilla and Barcelona settle this Tuesday a duel of height in the Ramón Sánchez-Pizjuán, corresponding to the postponed match of the fourth day, a classic with the added bonus that the confirmation of the Hispanics as applicants to LaLiga is at stake. to the need to re-emerge from a rejuvenated culé team.

The sevillistas face their second substantial date in 72 hours, after the long-suffering and valuable victory on Saturday against another ‘big’ like Atlético (2-1), with certain options of placing only 3 points behind the leader, a Real Madrid that he failed on Sunday at the Bernabéu against Cádiz (0-0), which has redoubled the courage and emotion of this postponed clash between Andalusians and Catalans.

Julen Lopetegui’s team, after his painful elimination from the ‘Champions’ in Salzburg and which has led him to his fetish tournament, the Europa League, has overcome with a great spirit of resistance and with caste and courage, more than brilliance, all the adversities that have arisen due to his many casualties due to injury.

In an example of ‘never surrenders’, one of his mottos, and with the parenthesis of that setback due to the defeat in Austria and his suffering in the Cup (he beat Córdoba in extra time and another modest, Andratx, on penalties ), Sevilla have added a full 9 points in their last three league games.

In addition, against rivals such as Villarreal (1-0), Athletic Club (0-1) and Atlético (2-1), against him in a clash in which Lopetegui’s men brought out their entire race to win with a goal on the straight final of the Argentine Lucas Ocampos and consolidate in the second place with 37 points, 6 behind Real Madrid and with an 8 advantage over the colchoneros (fifth) and 10 over Barcelona (seventh).

Even so, the consequences were important when the Argentine Montiel, Acuña and Ocampos were injured, thus joining Jesús Navas, the Moroccan Youssef En-Nesyri, Suso Fernández, the Argentine Erik Lamela and Óliver Torres.

Of them, and apart from the Brazilian medium Fernando Reges, key in his scheme, Lopetegui recovers En-Nesyri against Barcelona, ​​although he has not played since November and it is unlikely that he will start. Rafa Mir is the one who has the most options in front of the ex-Barcelona player Munir.

Ocampos does seem to be able to play, while Acuña has it more complicated, who would replace the Swedish Augustinsson in a rear perhaps with the Frenchman Koundé on the right for Montiel, with the Brazilian Diego Carlos and the Dutch Rekik, who has done a good role before the latest casualties, on the axis.

Meanwhile, the Barcelona of young people, led by Pablo Páez Gavira ‘Gavi’ and Nico González, arrives at the Seville fort at a time of great sporting and economic difficulties, and will have to face a kind of great exam in which they will try to give their first hit on the table against a solvent Sevilla.

The players of the subsidiary have rescued Xavi Hernández from more than one hurry against rivals from the middle and lower part of the LaLiga table, but their audacity has not yet been enough to beat more important teams such as Benfica or Bayern Munich , the two closest precedents.

The proof of the importance that young people are having in Xavi’s Barça is the authorship of the last five goals. Ferran Jutglà, ‘Gavi’ and Nico González scored in the last game against Elche (3-2), while the latter player and Ez Abde did so against Osasuna (2-2).

The visit to Sevilla, in the postponed match of the fourth day, comes after a last date favorable to the interests of the Barça team.

In addition to their long-suffering victory against the people of Elche, they lost three direct rivals in the fight to play next year in the Champions League: Real Sociedad, Atlético de Madrid and Betis.

Thus, the fourth position that ensures the classification for the next edition of the maximum European competition is now marked by Rayo Vallecano, who only has three points more than Barcelona, ​​although he has played one more game.

Sánchez Pizjuán has been a favorable stadium for the Barça team in the last decade. Since the 2007-2008 season, Barcelona have only lost once to Sevilla in LaLiga as a visitor. It was in the 2015-2016 academic year, when they fell 2-1. The rest of the games ended with eight Catalan wins and five draws.

While waiting to know the summoned list, Xavi Hernández recovers Gerard Piqué, who did not play against Elche due to the accumulation of cards, and most likely Yusuf Demir, who was dropped at the last minute last Saturday due to gastric ailment.

Ansu Fati, Memphis Depay, Pedri, Sergi Roberto, Martin Braithwaite and Sergiño Dest are still out. The American, except for a last minute surprise, will not yet be available to play against Sevilla due to an overload in the abductors that forced him to miss the match against Elche.