When are the upcoming London Tube strikes and which lines will be impacted by the planned protests? Union issues statement ahead of ‘major’ disruptions to TFL network

Chaos is expected across the capital next week (

TFL’s London Underground staff are preparing to strike over concerns of threats to pensions and jobs.

The RMT union have asked their 10,000 members to stay home in defiance of TFL’s proposed changes.

Tube chiefs have announced there will be “severe disruption across all Tube lines”, and are advising the capital’s commuters to stay at home on impacted days.

The strikes, which will take place next week, are expected to cause havoc for millions of Londoners, as buses fill up and taxi fares sky-rocket.

Commuters should anticipate severe delays across all lines
(

Strikes are scheduled to take place from a minute past midnight until a minute to midnight on these two days.

Which lines will be impacted by the tube strikes

So far, the RMT have warned that all tube lines will face major disruptions.

This is because RMT members work across all lines.

This being said, the RMT have explained that they are open to further talks in order to resolve the dispute and prevent the strike and tube closures.

Why are the RMT striking?

Unions are livid at the proposed pension changes
(

Members of the RMT union are striking in protest of what they believe to be threats to their jobs and pensions.

TFL have previously mentioned plans to ax 500 to 600 jobs on the transport network, whilst reviewing the generous pension schemes TFL staff currently have the right to. This is in a bid to save cash.

Sadiq Khan previously found that reforming the TFL pension scheme could help save £100m a year from 2025.

RMT general secretary Mick Lynch said: “Our members will be taking strike action [next week] because a financial crisis at London Underground has been deliberately engineered by the Government to drive a cuts’ agenda which would savage jobs, services, safety and threaten their working conditions and pensions.”

Lynch added: “The sheer scale of that threat was confirmed in talks.

“These are the very same transport staff praised as heroes for carrying London through Covid for nearly two years, often at serious personal risk, who now have no option but to strike to defend their livelihoods.

“The politicians need to wake up to the fact that transport staff will not pay the price for this cynically engineered crisis.

“In addition to the strike action RMT is co-ordinating a campaign of resistance with colleagues from other unions impacted by this threat.”

John Dickie, chief executive at business group London First, said:“This is a reckless approach at time when the city needs to be pulling together to get people back to offices, restaurants, shops, theaters and more.”

See also  The hats that empower the women of Baltistan | 3,500 Million | future planet 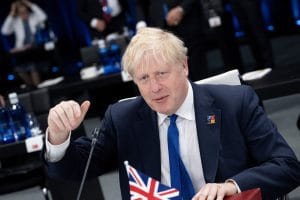