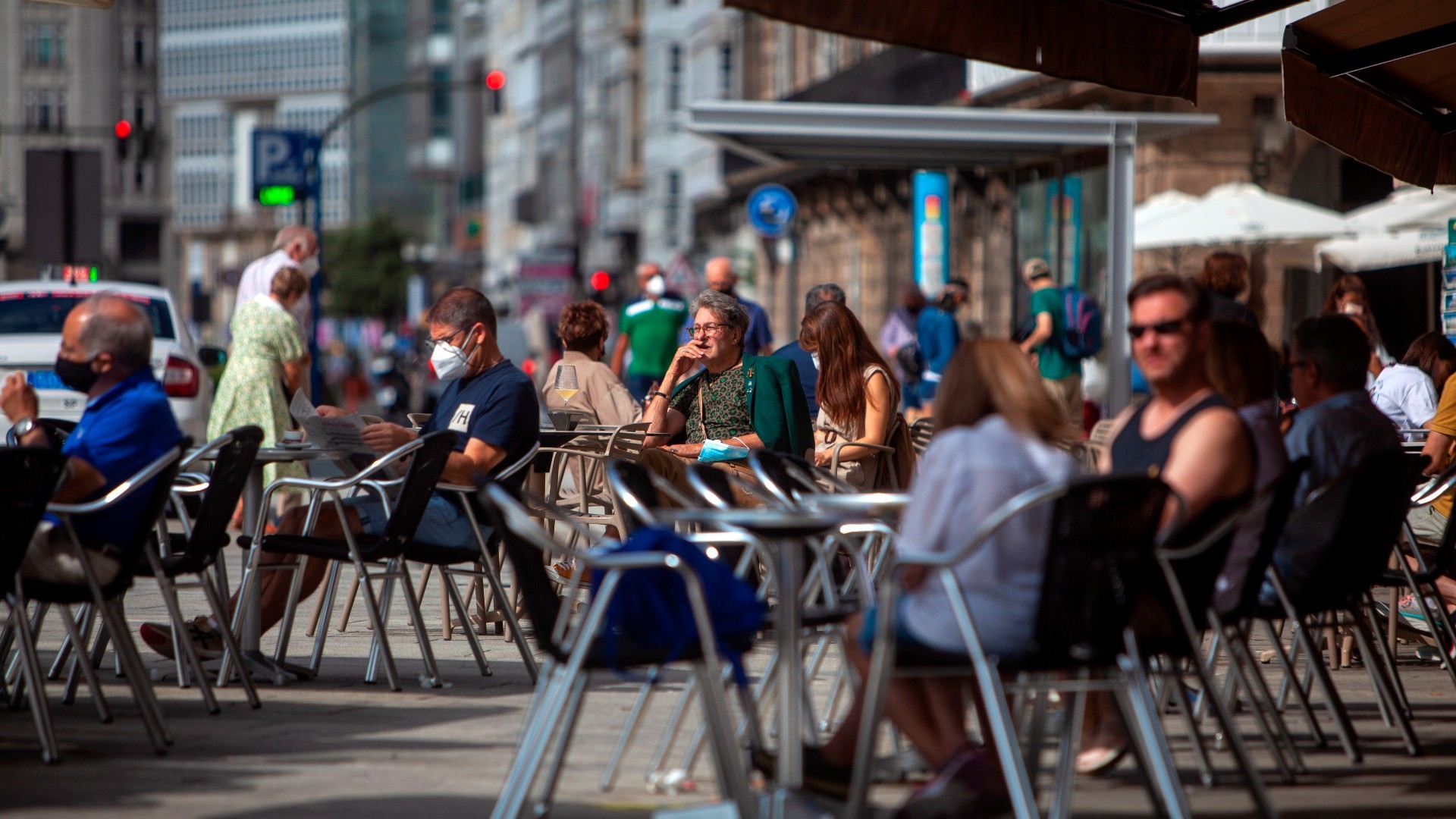 In the last few months, the COVID vaccination certificate or passport has been spreading throughout Europe in order to grow a stagnant immunization rate. First, France required it to enter bars and restaurants, then Italy went further and made it mandatory for all workers, and now Austria has imposed home confinement for the unvaccinated.

Spain, with almost 90% of the target population vaccinated, seemed alien to the European trend, but many communities have asked in recent days to require a certificate proving vaccination to access leisure. Some experts, previously reluctant to this measure since the vaccine that was not available to everyone, now see with good eyes extending the COVID passport in everyday life.

“In the context we are in right now, I think it’s good to include the passport so that the virus does not spread and serious diseases are avoided, “Matilde Cañelles, CSIC immunologist, tells RTVE.es. The problem, she says, is that” it would be difficult to implement because it is not known how immunity declines over time.

The difficulty will be updating the certificate, as you think it will be need to be immunized regularly, probably every six months, with vaccines like Pfizer or Moderna. “While the person has the recent vaccine, they do have a lot of antibodies in their blood and they are capable of killing the virus without transmitting much, but when their antibodies are lowered they are still protected from serious disease, although they can transmit,” he explains. Therefore, he predicts that the passport could ask to have been vaccinated in the “last four or five months, for example.”

For Pedro Gullón, epidemiologist and professor at the University of Alcalá de Henares, this certificate “In the current context, it would not serve either to stimulate vaccination or to stop the incidence”. Having reached such a high percentage of vaccination – the highest in Europe together with Portugal -, he doubts that the 10% not vaccinated “can be motivated” with the passport to be able to access leisure.

Alert that “can even generate more resistance movement” to the vaccine. “In other countries it is being seen that measures like this reinforce the identity of those not vaccinated. Italy is having enormous problems with the Green pass“In the transalpine country, the government’s decision to make the COVID passport mandatory to access all kinds of jobs sparked violent protests throughout the territory.

Basque Country, Navarra or the Valencian Community are studying to implement it

After a low and stable incidence, in recent weeks the curve has risen again to 96 cases per 100,000 inhabitants, which has led many communities to request the implementation of the COVID passport. Aragon, Canary Islands, Murcia, Basque Country, Catalonia, Valencian Community and Navarra They are studying how to implement it, while Andalusia and Castilla y León have demanded that the Government take a decision at the state level on this matter.

The Basque Country, one of the first to recover restrictions after the end of the state of alarm, will request the Superior Court of Justice of the community to implement the COVID passport at nightlife when the capacity is more than 50 people.

The Cantabrian president, Miguel Ángel Revilla, has gone further by asking that vaccination be mandatory and that those reluctant to inoculation be applied “restrictive measures with their freedom of movement”, as in Austria. On Tuesday he had already demanded that “everyone be vaccinated, by hook or by crook, civil or military,” or force those not vaccinated to “stay at home, locked up.” .

Gullón considers that this type of restriction for the unvaccinated they can be “unfair”, since among the people who remain to be vaccinated, in addition to anti-vaccines, there may be many “who have difficulty accessing the health system, such as those in an irregular situation.”

For his part, Cañelles puts “in the same bag” those who remain to be immunized: “Anyone who is not getting vaccinated, even if they say they are not anti-vaccines, is under their umbrella and he is being influenced by them. “

At the moment, the majority option is to request the certificate to access mass events, leisure or accompany family members to hospitals. It is not on the table to ask for it for workers, as in other places in Europe, although the CSIC scientist does not rule out that employers will begin to demand it after a while.

The Government rules out applying it at the national level

It is not the first time that the autonomous communities have implemented a certificate to show that whoever carries it is vaccinated, has either passed the disease or has a negative test. On Galicia is already in force to access nightlife since the end of October, after a failed attempt to implement it in the summer, when Justice overturned the measure.

Andalusia tried it in August, although the courts rejected it on the grounds that violated the right to privacy and the principle of non-discrimination, while Aragon also ran into the Superior Court of Justice, which stopped the measure for being unconstitutional. Now this community will request it again, given the “little luck” of the last time, as recognized this Wednesday by the president of Aragonese, Javier Lambán.

The Executive, for its part, rejects for the moment to impose the vaccination test at the national level, and the Minister of Health, Carolina Darias, has alluded to the fact that the communities have the “open road” to request it by virtue of the judgment of the Supreme Court that endorsed its use in Galicia.

Increasing incidence in Spain, although far from European levels

Spain, the minister explained, has an incidence far removed from other European countries, where restrictions return. The incidence in our country is one of the lowest in Europe. With 96 cases per 100,000 inhabitants, it is far from the situation in the United Kingdom (564), the Netherlands (846) or Austria (1,255), according to data from Our world in data.

Despite this, Cañelles is “a little worried” about the upward trend in recent days. “Above all I am concerned about the consequences left by the disease, not so much hospitalizations and deaths. There is more and more data of people who are totally disabled, or who have a thrombus after having passed the virus relatively well, “he says.

Therefore, believe, “there will be more restrictions, especially indoors and in schools. “Gullón is more optimistic:” It does not seem tremendously worrying and this increase in cases was to be expected, but you always have to be very vigilant when the curve grows. “

Beyond the COVID passport and restrictions

The epidemiologist believes that until now all the measures that have been applied in Spain were aimed at restricting leisure or crowds, and that other options have been set aside, such as “encouraging companies to promote teleworking and cutting off the transmission “if there is any case in the working environment.

In any case, the passport could be useless, since it is possible that Spain has “reached a vaccination cap”. For this reason, he indicates, it is necessary to work with other public health measures, such as analyzing the situation of the people who remain to be vaccinated to understand their reasons and provide those who are not anti-vaccines with access to a health system from which they are far away.