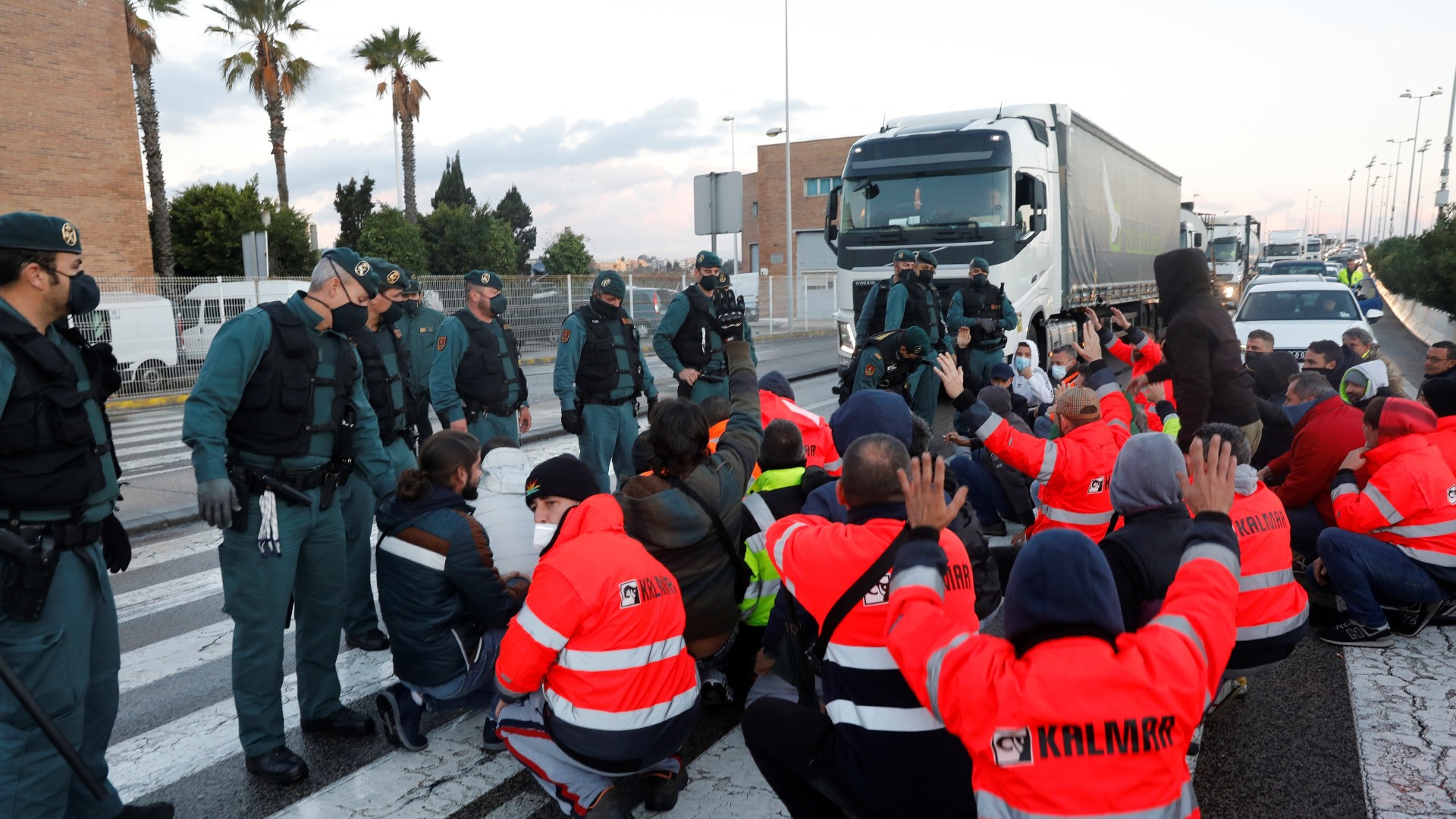 The Police and the protesters of the metal sector have clashed since this morning in the neighborhood of Bazán de San Fernando (Cádiz) at the beginning of the seventh consecutive day of strike by some 29,000 workers for the negotiation of the collective agreement.

The informational pickets they tried this morning, as they did on Saturday, to cut off the traffic on the iron bridge, the only road access to the Navantia shipyard in San Fernando, but they encountered a huge police deployment that tried to guarantee free access for all workers to their jobs.

The protesters have spread through the Bazán neighborhood and have taken advantage of the opening of the police deployment to burn containers and set burning barricades on the asphalt, which has caused that, at times, the traffic has been cut off and some buses with employees have turned around.

Meanwhile, in Puerto Real, a picket with union representatives concentrates on the Dragados gates to denounce the “pressure” that some employees are suffering from this company to go to their jobs, according to CC.OO. and UGT. There are clashes with the Police, according to Arturo Lopo of TVE.

“In Puerto Real the pickets have tried to cut the CA-36 that connects the town with Cádiz. Riot police deployed on the road, preventing further attempts with smoke canisters and rubber balls. #MetalStrike pic.twitter.com/36Y0wjNl2D“

The riot police have fired rubber balls at groups of pickets that were removing garbage containers from the neighborhoods and trying to cut off access to the Arsenal de la Carraca, in San Fernando.

The Civil Guard has reported a traffic accident caused by a motorcycle and a truck Container ship that was stopped in a retention in the bridge of the north access to the Port of Algeciras by the action of an informative picket cutting the road. In the event, has deceased the motorist, who was a port worker, according to the territorial center of RTVE.

A motorist dies when impacting with a truck that was stopped by the roadblocks caused by the pickets of the metal strike in Cádiz https://t.co/rscwNdu0AB pic.twitter.com/ULjsGh4BIC“

The Civil Guard, the Cádiz Province Firefighters Consortium, health services, the Algeciras Local Police and the Port Police have traveled to the scene of the accident.

The secretary of FICA UGT, Antonio Montoro, has asked this morning “Responsibility” to the employer to reach an agreement soon to avoid further economic damage to workers and the very companies it represents.

The Federation of Metal Entrepreneurs of Cádiz (Femca) and the unions They return to the negotiating table this afternoon to try to negotiate a new provincial agreement to end the indefinite strike.

After the two negotiating tables held last week, in which no agreement was reached to unblock the conflict, the Andalusian Council of Labor Relations, the labor mediation body of the Junta de Andalucía, has once again convened the parties to a new meeting at its headquarters in Sevilla at 6:00 p.m.

See also  Putin is gaslighting us all