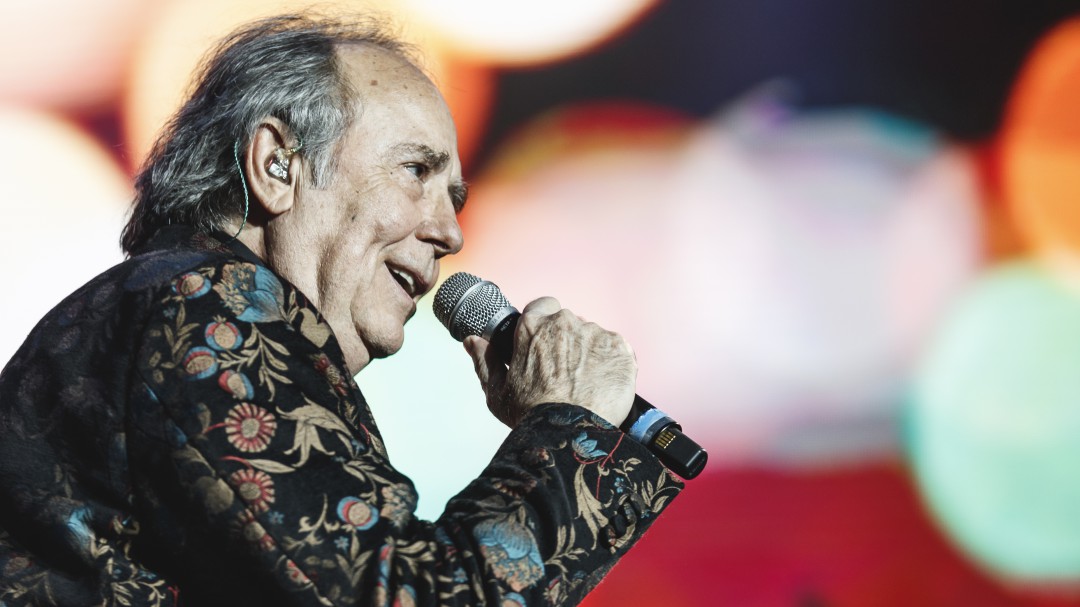 The Spanish singer Joan Manuel Serrat will retire from the stage after the tour that will begin on April 27, 2022 in New York, which will tour Latin America and Spain and will conclude on December 23 in Barcelona, ​​as announced by his record company through a release.

Under the title The Vice of Singing 1965-2022, It is tour it will serve to “say goodbye personally to the public with whom he has shared life and songs for more than half a century.”

“What I have decided is to say goodbye in person. I did not like feeling fired by a plague,” explains the singer, 77, in an interview with journalist Juan Cruz in the newspaper The country.

Serrat thus argues his decision: “I will play and compose at home, it is possible that I will record an album. But I will not return to the stage. And I will say goodbye not in the French way, but as appropriate”.

No further information or dates have been offered at the moment on the reasons for this withdrawal, which comes after a period “of forced inactivity, forced by the global pandemic of covid-19.”

Singer-songwriter and composer with a musical career of more than fifty years, Serrat (Barcelona, ​​1943) is the author of the flagship song Mediterranean, considered one of the best Spanish songs of all time.

His genres have ranged from the popular songbook, Catalan folklore, the Spanish copla and the bolero, while at the same time he has been one of the pioneers of what was called the Catalan Nova Cançó.

His last concert so far

Serrat, who performed for the first time in public on February 18, 1965 on the program Radioescope of Radio Barcelona, ​​offered his last concert to date in February 2020.

It was as part of a joint tour with his friend and colleague Joaquín Sabina, specifically on February 12, in the second of the two commitments at the Wizink Center in Madrid, where the artist from Jaén suffered a fall from the pit that forced his hospitalization already a long convalescence.

Awarded in 2009 with the I National Prize for Contemporary Music, he has received other high distinctions, such as his appointment as Knight of the Legion of Honor of the French Republic or the award of the Gold Medal for Merit in Fine Arts, the Encomienda of Civil Merit and the Honor Prize of the Music Awards.

He has released more than 30 studio albums since the 1967 recording of Now that I’m twenty, highlight Dedicated to Antonio Machado, poet (1969) and Miguel Hernandez (1971), in which he put music to the verses of these two Spanish writers, and, of course, Mediterranean (1970).

To commemorate its anniversary, 47 years after its release, he went on his last major solo tour. “I am very excited. It is quite normal that I am, because I am 74 years old and the term is getting shorter and shorter. What before seemed infinite, life has been dedicated to showing me that it is finite and extremely delicate,” he said then.

Asked about his health, why not wait for the half century round of the album’s publication, which would have been fulfilled in 2021, he replied: “If I didn’t think I could do it, I wouldn’t do it. First, out of a sense of ridicule”, He said, before adding: “Why wait? Who knows if in 3 years from now I will have air to blow out the candles?”

Joan Manuel Serrat, in 2018: ‘You have to dedicate yourself to life, that is the best business’ / CADENA SER