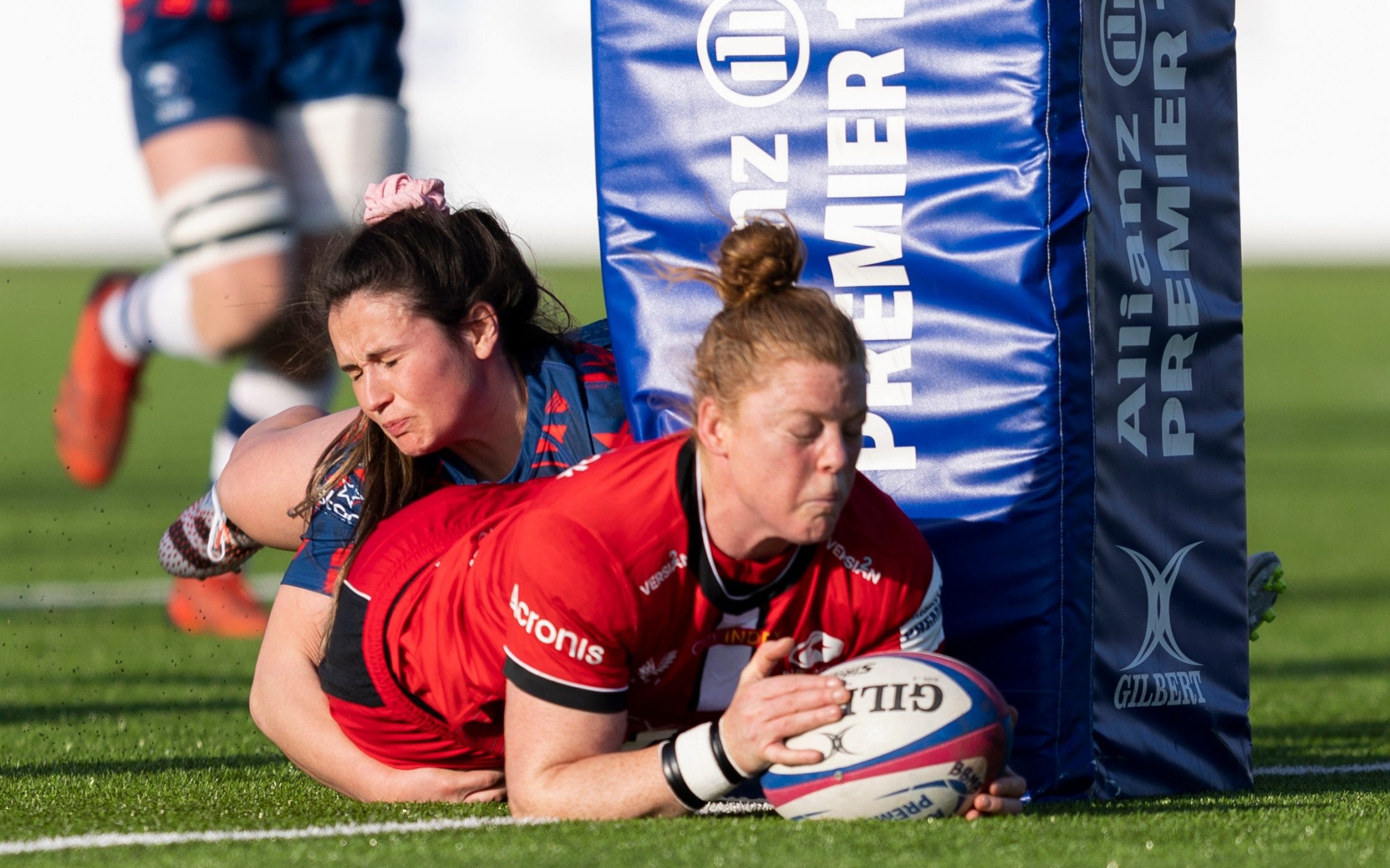 Saracens’ Premier 15s win over Bristol Bears was temporarily suspended for over half an hour after the pitch side medical staff were required to give treatment away from the action.

Saracens lock Georgia Evans sustained a serious shoulder injury after just four minutes of play on Sunday. Evans was initially treated on the field of play but then also required further treatment from the matchday medical staff who attended her away from the pitch.

This left the game without a matchday doctor present to monitor and attend the players on the pitch. Protocols dictate the game should be suspended in such a scenario.

The game continued for four minutes after Evans was injured, however, until another Saracens player, Cara Wardle, also sustained an injury. It was at this point, after just under nine minutes of action, that referee Charlie Gayther suspended the top-of-the-table clash and sent the players back down the tunnel.

Saracens head coach Alex Austerberry confirmed that Evans had gone to hospital after the game.

“There were a lot of setbacks today with two significant injuries picked up,” said Austerberry. She [Georgia Evans] has gone to hospital and we are expecting it to be a fairly significant injury, hence the stoppage.”

The match was paused for over 30 minutes at Shaftesbury Park until the matchday medical staff could return to the pitchside with both sides undergoing a second warm-up due to the extended break in play.

When play resumed, Saracens adapted better to the unusual circumstances, taking the initiative to score quickly.

Player of the match Alev Kelter praised his side’s adaptability. “That win was for G [Georgia Evans],” said the USA international. “Our team showed a lot of composure after the delay and a lot of fight to win.”

A penalty from Kelter opened the scoring before the center then burst through the middle of the Bristol defense to score under the posts. Bristol looked likely to strike back but an interception from Alysha Corrigan near her own line secured a second try for the visitors. The Canadian winger had too much pace to be caught, galloping the 80 meter home with ease.

Rownita Marston crashed over from close range to keep Bristol in touch after a sustained period of pressure that saw Vicky Fleetwood yellow-carded.

But Saracens once again started fast after a break with a May Campbell try from the back of the maul.

Bristol were in desperate need of a spark and the introduction of England scrum-half Leanne Infante on 46 minutes ignited the home side’s attack with the replacement scoring a quick-tap try to cut Saracens’ lead to eight points.

Once again Saracens struck back quickly, however. This time Poppy Cleall, who returned from injury on Sunday, darted down the unguarded blindside from close range to secure the bonus-point try.

Dave Ward’s side would not give up and a driving maul try from 20 meters out, finished off by Alisha Butchers, reduced Saracens’ lead to eight points once more.

A sign of respect, perhaps, saw Saracens opt to go for goal with just over 10 minutes left, taking the score to 19-30 in their favour.

Bristol’s frustrating afternoon was personified as Amber Reed attempted to tap-and-go from a penalty, knocking the ball on and giving Saracens an attacking scrum in Bristol territory. The error proved not to be costly though and Bristol came again, with England prop Sarah Bern scoring from the back of a driving maul to take them within six points of Saracens. With just seconds left on the clock, Reed slotted a conversion from a wide angle to cut the deficit to just four.

There was just time to restart and it was made clear to the players that the kick-off would begin the final play of the game. A long restart rolled over the Bristol try-line and Infante mistakenly touched it down, ending the match.

The victory mathematically secured Saracens a place in the play-offs, while Bristol are still looking for their first-ever win over the side from North London.