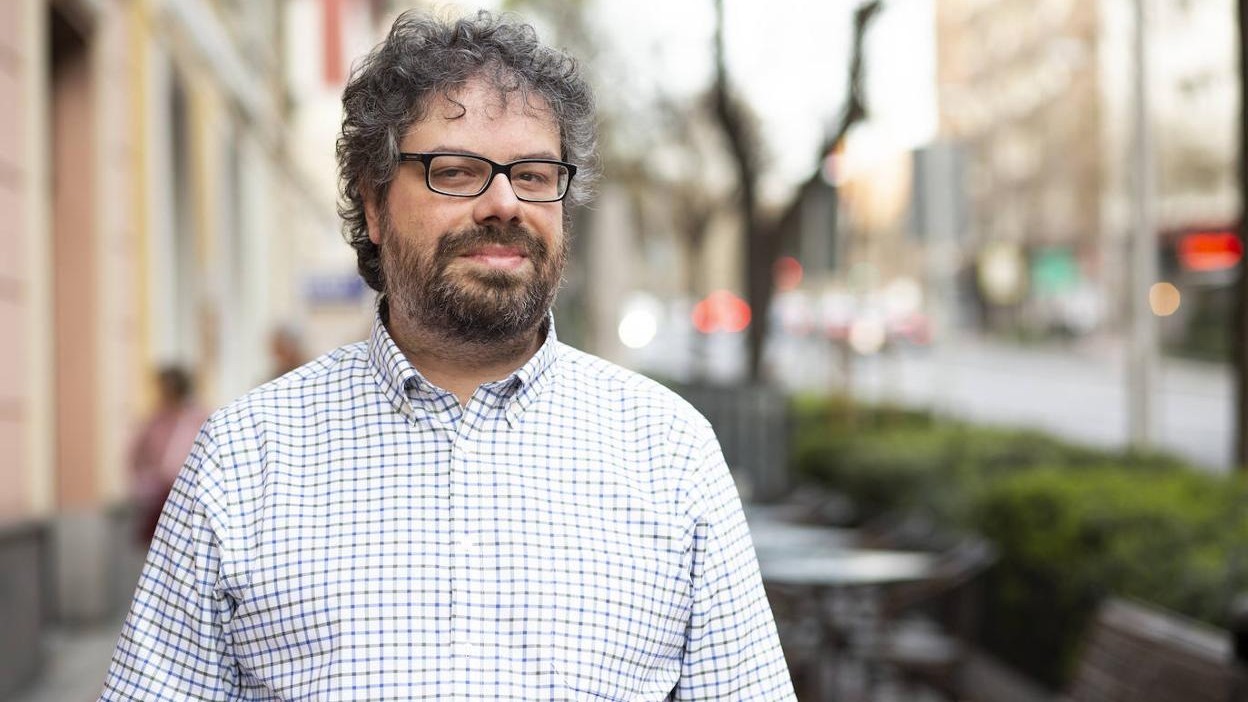 Probably the expression “empty Spain” – which we now insist on calling “emptied Spain” – was always there. But it was the writer and journalist Sergio del Molino (Madrid, 1979) who put it on the table. In 2016 he published an essay of the same title, that marked a before and after when it comes to moving consciences and showing the abandonment suffered by more than half of the national territory. That Rural Spain, orphan of schools, doctors, roads and, above all, opportunities. Now, he invites us to visit it in Sentimental Atlas of Empty Spain. A trip with 32 stops and 32 stories collected in those territories that are left off the maps.

Question.- Where have you wanted to take us with this Sentimental Atlas of Empty Spain?

Answer.- Well, I wanted to invite you to walk around the country, through very eccentric places and through characters and historical episodes that are little traveled. It is a route not by secondary roads but almost by tertiary roads, through 32 provinces of empty Spain, Spain without a sea, inland. And they all take place in towns and places very far from the provincial capitals … They are places to which you have to go expressly, they are not places of passage … Very heterogeneous stories that have in common my voice, the connection with me and that matter to me. Things that I have been finding along the way and that I share with the readers.

Q.- With what look do you approach that empty Spain that you already spoke of in 2016?

R.- This is a kinder, more traveler, more cute book … More to use as a kind of guide. In the same way that the travelers of the 19th century considered themselves impertinent curious, I try to travel with their curiosity and impertinence. Funny, because I really try to be amazed by everything I see. I try to find things that I can’t see anywhere elseIn that sense they are unique places. And impertinent, because my voice always prevails in some way. I am a witness, but one who has sarcasm, irony and a look to contribute. And I think that is what is enriching all the stories.

Q.- Although it is focused on that uninhabited Spain, the book is populated by characters. There is Víctor Manuel, Félix Rodríguez de la Fuente, Adolfo Suárez … But also anonymous stories. How did you get to them?

R.- By chance, you come across them. There are more obvious, more elementary stories that come to mind more clearly. For example, Guardo, in Palencia, where I would never have gone if I had not been invited to go …, I find it because life finds you. Many of these stories are the fruit of having visited these places many times for the most diverse reasons. They are episodes that come out on the way, they just appear and although I am nearsighted I go with my eyes wide open and I appropriate them.

Q.- Reading the book makes you want to hit the road to know the places you are talking about …

“We miss the best: that slow thing, that stop along the way, that detour …“

R.- My intention is that it be read lazily and with the same attitude with which one travels. Try to be surprised. In fact, it is not necessary to read it from top to bottom, nor by the order in which it is written … Everyone can start with their province, looking for its history, whatever interests them the most. And it is an invitation to do the same: not so much to visit those specific places, but to find your own places to lose yourself. Trying to travel calmly without wanting to get to the places … And looking a lot to the sides. Sometimes I think that we go through life with blinders a lot, we are very aware of arriving at the places as soon as possible, going fast …, and that the trip passes as a trauma, as lightly as possible. And we really miss the best. We miss that slow thing, that stop on the road, that detour, which is what I invite. To change a bit of chip and try to delay you for life.

Q.- What does empty Spain, for example, Asturias or León, have in common with La Mancha? Is there something that unifies them?

R.- Right now what unites them is a feeling of injury and no harm, that unites a lot … It makes the cultural, historical, economic and political differences that exist between all places – because depopulation has different causes and results – share the same feeling of injury and no harm. That has created a kind of diffuse citizenship. That places as dissimilar as the Sierra de Segura in Jaén, and the Montes de Os Ancares de Lugo – which sociologically, politically and culturally have nothing to do with – have a feeling of shared citizenship, that they are in the same boat. That already secular feeling of having been ignored.

Pandemic and return to the rural world

Q.- During the pandemic, there has been a lot of talk about a return to the rural world, to the towns, caused by uncertainty and also by teleworking. Do you think it has been like this?

R.- When the confinement began, many reports and stories came out that told an urban exodus to the countryside. It seemed that people were fleeing to the countryside to tell the Decameron and experience the plague in the countryside and on the outskirts. There were many stories, but I did not see the data, or where that exodus was reflected if it was really happening. They said that a family had settled in an abandoned village, that this had led to the reopening of the school … Or the case of a town that had received people from another place. Private stories that were truffling a lot of reports and chronicles, but that did not carry data behind. We did not know how the real estate market had moved, how the census of the towns had been altered … And as we have had access to that data, we have seen that this exodus has not occurred. The city of Madrid has continued to grow, also Barcelona. While the rural decline has continued to accentuate. Very few professionals can afford it. In general, people do not abandon their way of life to make a living from vegetables.

Q.- How much do we look from the media to empty Spain?

R.- Unless there is a political fray, very little. Because it does not usually generate news. In addition, to be able to tell it well, you have to go a lot, make an effort, and we have neither time nor resources. Beyond the four topics that arise in the political debate, we do not go any further. There is a lot of noise, but there is no qualitative treatment. The media have not allocated part of their writing to this type of topic.

Q.- Empty Spain, does it have a place in the globalized world of Twitter?

R.- Sure you do, tell me that I’m fighting for it every day. In fact, it is a very powerful window. Social and political activism in empty Spain cannot be understood without networks. The awareness of empty Spain has grown exponentially with social networks, and the latest mobilizations that have taken place have been articulated with hashtags, thanks to the networks.

Q.- In your Twitter profile (@sergiodelmolino) you define yourself as “letter-board and ogre.” How is it that he doesn’t distinguish between “nice discrepancy from trolls”?

R.- I have incorporated my bio reproaches that are made to me from time to time. Sometimes whoever touches my nose I answer very rudely. And they call me ogre. Well okay, I’m an ogre. But there are people who are not aware of how rude it is, and they tell you things on the internet that they would never tell you on a day-to-day basis. That is something that bothers me a lot. Because I don’t say things on the internet that I wouldn’t say in person. And it bothers me that there are people who get emboldened, who allow themselves rudeness that I know that, if I came face to face, they would not tell me. That irritates me and I usually answer him harshly. Someone told me that I don’t distinguish polite discrepancy from rudeness. And they are right, I do not distinguish it. I do like Fernando Fernán Gómez: fuck it and that’s it. I am at ease.

Q.- And what do the hordes of “trolls” say about empty Spain?

R.- There is a lot of division. There are many hordes of “trolls” linked to Teruel Existe … And it is true that they have a very crude way of entering the debate. You realize that when it is said that “the nets are burning”, in reality they are four gentlemen shouting. But I don’t give it more importance. I try to ignore that part, because I know that there is a resentment that comes from that feeling of no one … And that it bothers them that there is any voice outside of them that speaks. Much less an idiotic urban writer with plastic glasses. They don’t tolerate it and they get very aggressive.

Q.- Who to follow on Twitter to keep up to date with what is happening in empty Spain?

R.- The Tractor of Castile (@FarmerCast) for the landscapes that it puts. Say good morning with a landscape of your tractor and your field. And then he would follow journalists from the provinces, for example, from El Diario de Teruel or El Heraldo de Guadalajara. TO Raúl Conde, for example, a journalist from The world which is very up to date. If you follow him and other journalists linked to their regions, you get a good idea of ​​what is going on and the debates that are taking place right now. 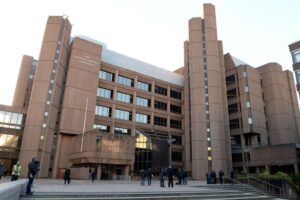