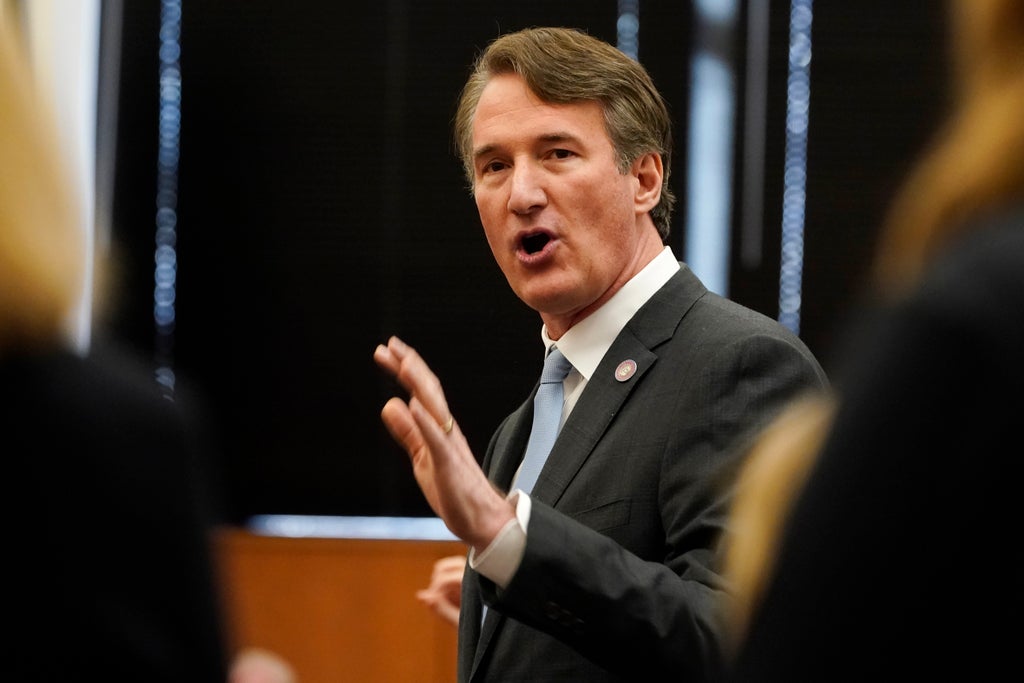 Republican Virginia Gov. Glenn Youngkin seems ready to move on to find a new nominee after clashing with Senate Democrats over the appointment of former Environmental Protection Agency administrator Andrew Wheeler to his Cabinet as a senior state senator said Thursday.

Sen. Emmett Hanger told The Associated Press that he discussed the matter with Youngkin over dinner Wednesday night and he does not think the governor sees a path forward to securing Wheeler’s confirmation of him as secretary of Natural and Historic Resources.

“What he indicated is… we’ll be looking at — probably at a future time — with a replacement. He didn’t indicate any sense of urgency there,” said Hanger, a moderate Republican who has represented a Shenandoah Valley-area Senate seat since 1996.

The Youngkin administration did not immediately respond to a request for comment.

His selection for the Cabinet post provoked a backlash from Democrats, environmental groups and many career EPA employees, who in a letter characterized Wheeler’s leadership as “extremist” in its deference to corporate polluters.

Some of Wheeler’s former colleagues have come to his defense, and lawmakers on both sides of the aisle have acknowledged his knowledgeability. Yet earlier this week, the Virginia Senate voted along party lines to reject the appointment.

Macaulay Porter, a Youngkin spokeswoman, said then that the governor was disappointed. She said Wheeler would continue to serve in the role until the General Assembly adjourns and said the governor hoped the Senate would reconsider.

Hanger said the governor also expressed his disappointment during their dinner.

“He’s a very positive person,” Hanger said of Youngkin. “And he thought, you know, if he talked to a few people, they would understand, hey, this is a great fella, he could do the job. And that didn’t happen. So I think he’s ready to move on, in my personal opinion and the conversation we had.”

Hanger said the governor did not name a particular replacement candidate.

Even if Youngkin submits a new nominee for the Cabinet role, Wheeler could continue to serve in the administration in other capacities that don’t require legislative approval.

Youngkin’s press team advised on his public calendar that he was having dinner Wednesday night with Hanger at the Executive Mansion. Hanger said they also discussed the governor’s tax agenda.

Youngkin campaigned on a broad slate of tax cuts, arguing that the state’s record revenues are due to overtaxation that should be returned to Virginians. But some of the legislation he’s seeking, such as the elimination of the grocery tax, has encountered bipartisan concern from lawmakers, Hanger included.

Whether an agreement can be reached on that proposal this year “remains to be seen,” said Hanger, a member of the Senate Finance and Appropriations Committee.