Skip to content
Home News Semestral Barometer: The commons would win the elections in Barcelona today, breaking the tie with ERC | Catalonia 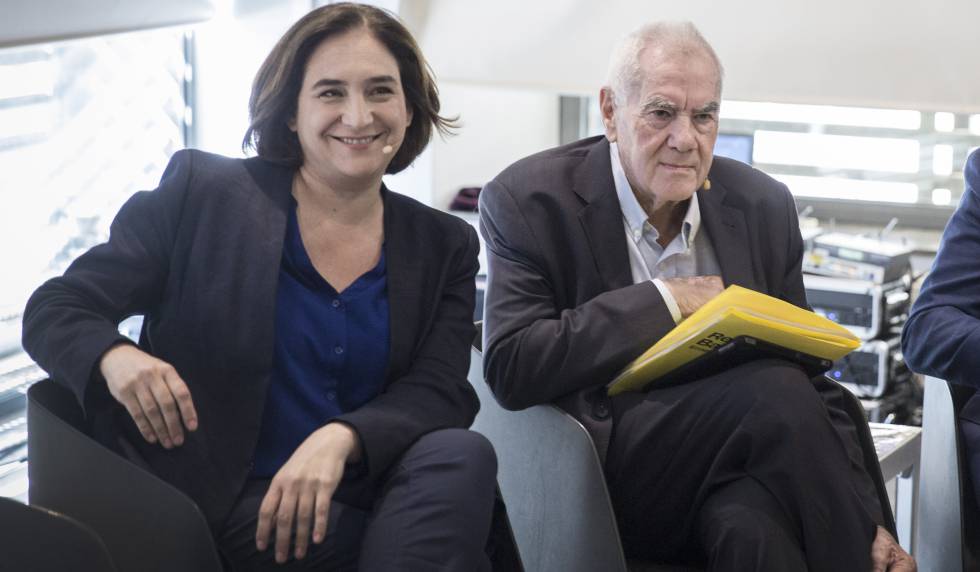 The municipal elections will not be held until May 2023 but if they took place next Sunday, Ada Colau’s party, Barcelona en Comú, would break the tie in the number of councilors with ERC and win the elections. Barcelona’s biannual barometer -the municipal survey made from 802 telephone interviews with residents of the city- ensures that the commons have managed to break the constant tie with the Republicans who have been dragging them since 2019 and the intention to vote gives a victory for the first time Clara to Barcelona en Comú, a party that 14.8% of those surveyed intend to vote for compared to 10.2% who would vote ERC. The semi-annual barometer for this month of December has been dismal for Republicans who obtain the worst intention to vote since the 2015 elections.

In third place, in terms of voting intention, the PSC remains with 7.4% that obtains the worst results since it formed a government in this mandate with the Commons. Junts has 3.6%. The CUP is lowered, which with 2.6% would again be out of the Consistory. Vox obtains 1.2% and PP 1.8%. Ciudadanos keeps falling barometer after barometer and obtains the worst result in its history with a 1% intention to vote in the city of Barcelona.

Despite the fact that Barcelona en Comú would win the elections, Mayor Ada Colau obtained the worst grade since she became mayor in 2015 and suspended with a 4.2. The Councilor for Budgets and the Presidency, Jordi Martí, has justified Colau’s bad grade this Monday: “We have a mayor who polarizes a lot and, as the percentage is an average between the grade that the respondents put, the low grades are very low and lower the mean. Today the commons would win the elections led by Ada Colau. This is the most relevant data in this barometer and it means that the transformation of the city that began in 2015 is beginning to be perceived. We are capital in social investment and we see that long-term strategies are already being seen ”.

ERC leader Ernest Maragall remains the top rated leader with a 5.2. Colau’s government partner, Jaume Collboni (PSC) fails with a 4.7. Eva Parera (whom only 96 people of the 802 interviewed know) appears for the first time in the barometer, after Manuel Valls left the City Hall, and fails with a 4.5. Elsa Artadi (Junts) fails with a 4.4. Below Colau are only the leader of Citizens, Mari Luz Guilarte (38 people know her), who obtains a 4, and Josep Bou (PP) who is the worst valued with a 3.1.

Insecurity remains the main problem in the city. This has been confirmed by 21% of those interviewed. The second problem for those surveyed is cleanliness, 12%, and access to housing for 6.5%.

64% of those interviewed consider that Barcelona has worsened in the last year. The head of opinion studies of the municipal data office, Marta Isach, maintains that the surveys were carried out between November 22 and December 1, when there were already alarming news of the sixth wave and they contaminated the responses to pessimism with pessimism. pollsters.