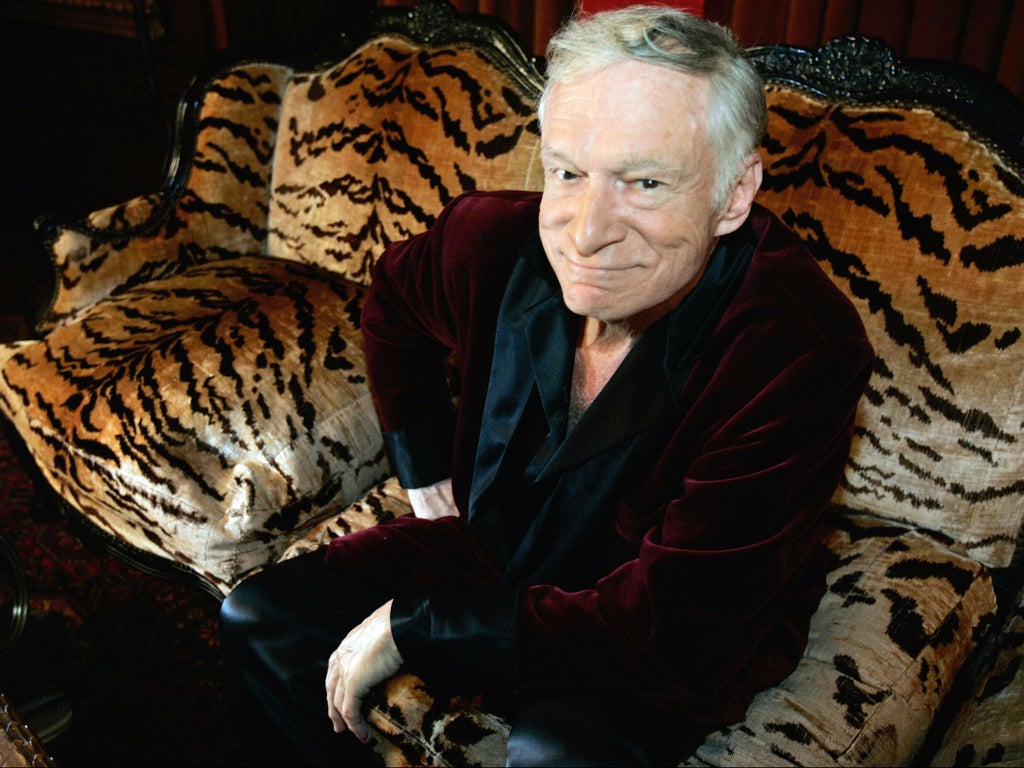 In the seventh episode of Secrets of Playboya new documentary series about Playboy founder Hugh Hefner, Miki Garcia, a former Playmate and one-time head of promotions for the brand, remembers an unnamed woman she thought would “bridge the gap [between Playboy] into the modeling industry”.

“She became addicted to cocaine,” Garcia says. “She was so thin that she looked like she could die at any time. Her teeth were gray. She needed help. And I didn’t want her thrown away.” Between sobs, she continues: “I wanted to save her. She was worth saving.”

But Garcia remembers being told, “You’re not to go and give her groceries. You’re not to pay her rent from her. She got herself in that mess and Hefner doesn’t want anything to go with it.” Her voice from Ella grows high-pitched as she adds in outrage: “Can you imagine that? After all the money he made off that girl? He didn’t even want to feed her. Shame on that son of ab***h.”

Asked what she did, Garcia tells an interviewer: “I did it. I did it anyway.” Garcia says she eventually “begged” the woman to go home, which she did, and that Garcia “was almost fired several times for doing what [she] did”.

This is far from the most outrageous allegation leveled against Hefner in the 10-episode Secrets of Playboy. It’s not even the most shocking, or the most sordid. But it is revealing of the culture we are told he created as the magazine’s founder – a culture, multiple participants allege, marked by rampant drug use, sexual assault, and control. I have seen the series in its entirety (it’s currently airing weekly on A&E). Garcia’s testimony is the one I keep going back to. There is something so casual about the cruelty she describes. The culture Hefner created, we are told, is one that turned common decency into an act of resistance, and kindness into a moral failure that might cost you your job.

Playboy, we are reminded, ran afoul of second-wave feminists who opposed what they viewed as the objectification of women by the magazine. Personally, I don’t believe pornography or sex work to be inherently exploitative. I agree with the Human Rights Campaign that “criminalizing adult, voluntary, and consensual sex – including the commercial exchange of sexual services – is incompatible with the human right to personal autonomy and privacy”. And I agree that criminalization does little to actually help sex workers, instead exposing them to “abuse and exploitation by law enforcement officials”.

I have to imagine it was perfectly possible to run a magazine without living with the models in it. I have to imagine it would have been possible for Hefner to go about his activities of him at Playboy without surrounding himself with a cohort of “girlfriends”. The fact that he chose to do those things when he didn’t have to should have been – was – a massive red flag we collectively ignored because Hefner told us it was cool.

It’s not just the models. Some participants who held jobs at Playboy recount being seduced by the idea of ​​working for the company, of being given a shot at climbing the corporate ladder. In the Sixties and Seventies, this prospect must have had an incredibly powerful sway. But that ambition, we’re told, was used against the people who worked there. “The fantasy of Playboy that [Hefner] created did not allow for the consent of the women,” says Garcia in a soundbite so concise and so revealing it made it into the documentary’s opening credits.

Playboy found its full momentum in the early Seventies, a time of rampant, institutionalized misogyny. The magazine’s circulation peaked in 1971, when its rate base (the circulation a publication guarantees to advertisers) hit seven million. The best-selling issue came out in November 1972, when it sold 7.16 million copies. Both of these milestones happened before the 1973 Roe v. Wade Supreme Court decision guaranteeing abortion rights across the US. It happened after women became technically allowed to have their own bank accounts, but before the 1974 Equal Credit Opportunity Act making this right a reality by rendering it illegal for financial institutions to discriminate based on gender. (Before then, banks still could, and did, refuse to issue credit cards to women.)

Hefner died in 2017. Some of the allegations against him surfaced when he was still alive, but a true reckoning never happened. Now, it’s important to acknowledge his personal responsibility. But he is one example of a larger problem. He evolved in a system that enabled him time and time again – by creating a layer of protection around him, by making women feel that they wouldn’t be believed if they came forward against him, and by letting him turn fantasies into real-life nightmares.

Throughout the docuseries, there is a sense of “of course.” of course a man building an infrastructure enabling him to live surrounded by young, often vulnerable women whose ambitions he had the power to fulfill (or not) would yield terrible results. How could we not see? How could we be so willfully blind for so long?

Perhaps because it’s a story we would want to believe. Perhaps because it’s not completely crazy to want to live in a world where men could surround themselves with women without seeking to exploit them. But this isn’t the world we live in, as Secrets of Playboy reminds us slowly, one testimony after the other.