The Queen may be looking forward to Easter weekend after being unable to spend it with members of the Royal Family for the past two years due to the Covid-19 pandemic.

It will also be the first Easter the Queen will spend without her late husband Prince Philip – who died five days after marking last year’s holiday.

While it remains unclear how Her Majesty will spend the long weekend, in “normal” times Windsor Castle would buzz with energy as the family would come together.

In previous years, the 95-year-old Monarch invited her loved ones to the castle for the long weekend, during which they spent quality time together, went to church and enjoyed a lot of good food.

In previous years, the Queen has had members of royal family over to celebrate at Windsor Castle
(

Former royal chef Darren McGrady has previously shared some of the secrets from his time cooking Easter dinner for the Queen and her relatives.

Meal times are a big deal at the castle over Easter weekend, and they enjoy a lot of delicious meals.

On Friday night they tuck into a traditional fish dinner, which always goes down like a treat.

The Queen normally attends church over the Easter weekend
(

After church on Sunday, the family sit down to a four-course roast dinner.

“The Queen likes her meat well done so she’d always have the first two slices.

“They’d also have a compound salad served in a kidney dish attached to the plate – just some lettuce and cucumber with a little mint or some grated carrot and coriander.” 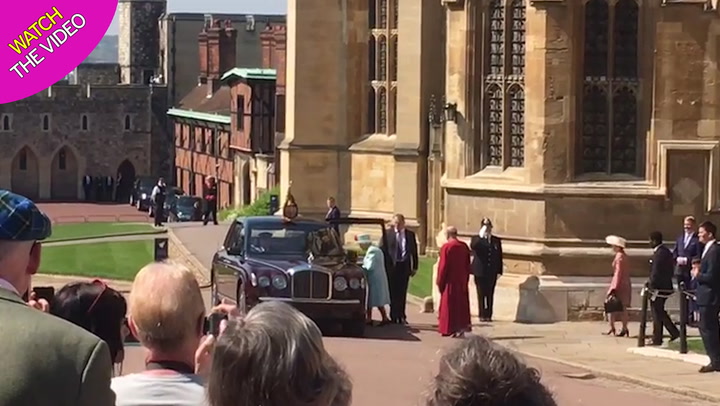 The Royal Family also have their cheese with lunch, rather than dinner, with the Queen being particularly fond of the fresh Windsor Cheese made specially at the Windsor Dairy.

Darren said: “The most incredible sweet white Windsor peaches grew on the estate too in my day.

“We’d have to lock them away in the kitchens because everyone wanted to taste them.

“The Queen always looked forward to those but she’d have to wait until they were in season.”

The Queen’s plans to celebrate this year have not been revealed, but it is unlikely Prince Harry and Meghan Markle will make the trip over.

The Duke and Duchess of Sussex will, however, be heading to Holland for the Invictus Games shortly after Easter weekend.