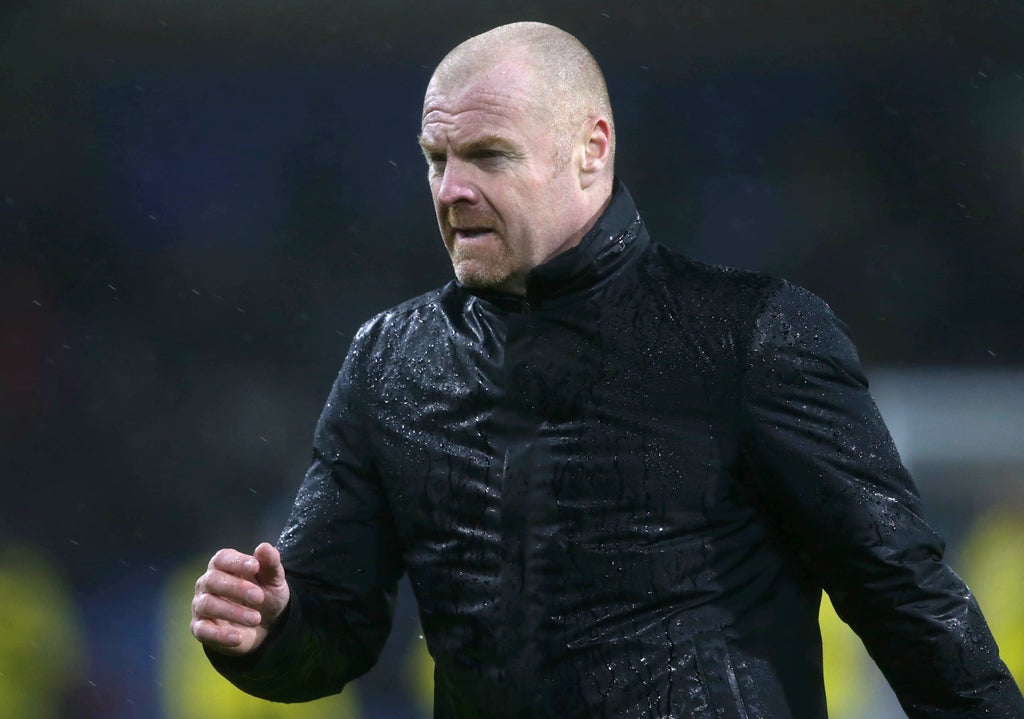 Sean Dyche believes all Wout Weghorst is missing is a goal given the immediate impact the Dutch striker has made since joining Burnley in January.

In his first three games for the Clarets Weghorst he has had more shots and created more chances than any of his team-mates, earning plaudits for his skilful assist when setting up Jay Rodriguez’s goal in the 1-1 draw with Manchester United.

Now fans are waiting for a player who scored 59 goals in 118 Bundesliga appearances for Wolfsburg to break his duck and help Burnley move off the bottom of the Premier League table.

“We brought him in because we felt he could operate within the side and add to what the side has done, and apart from scoring he has added to that,” Dyche said.

“We look at all the stats but sometimes it’s just on the visual performances of the player, and visually he’s been very good.

“Add in the stats and you think that’s a player who is very motivated to come in and make a difference. He probably needs a goal to continue all the good work he’s doing.”

Weghorst limped off with 15 minutes of Sunday’s 1-0 home defeat to Liverpool remaining after taking a blow to the hip, but was in light training on Thursday and Dyche expects him to be fit to make the trip to Brighton on Saturday.

And Dyche believes the £12million signing just needs to keep doing what he is doing to get on the scoresheet.

“I never question my players’ final moment of truth, I only question it if they’re not getting in the right areas,” Dyche said.

“He’s definitely getting in the right areas. He’s effective with assists, he’s creating his own chances, and he’s getting into places that can help the team. We want that to continue and I’m absolutely sure if it does he will get goals.”

Burnley’s trip to Brighton will bring together two draw specialists – Graham Potter’s side have taken a share of the points 12 times this season, the most of any side in the Premier League, with Burnley just behind on 11 having played three games fewer.

But Potter’s side have seven wins to Burnley’s one, the difference between Brighton sitting in the top half and the Clarets languishing at the bottom, seven points adrift of safety.

Dyche’s side remain a tough nut to crack, as demonstrated in recent draws with Arsenal and Manchester United, and in the 1-0 defeat to Liverpool in which they repeatedly threatened to score first.

The challenge for Dyche and his players is to find the tweaks that can turn draws into wins without losing the defensive discipline which has earned them the points they do have.

“Sometimes when people are clamoring for change, sometimes you have to see through it and change nothing,” Dyche said.

“We’re so close to getting things right but we haven’t got things right so you’re always wondering how far you tinker with it or keep it as it is.

“The last four games we’ve got three points from four, but if you watch them you think we’ve been hard done by. It’s one of the biggest challenges – when do you start tinkering? Sometimes you have to stick with it and it will pay you back.

“That’s the debate with my staff. What shall we change and for what reason? Or do we stick with what we believe in?”