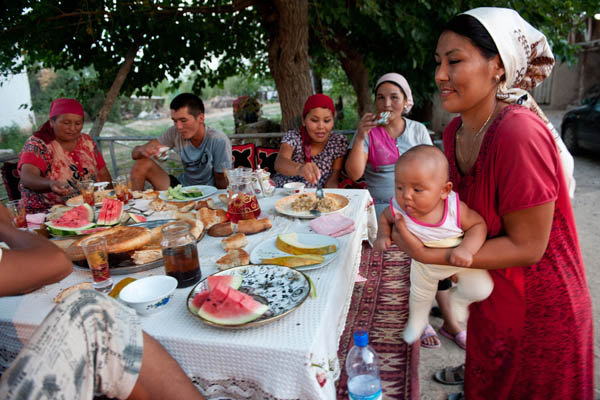 In recent decades, we have advanced in the understanding that the fight against poverty is fundamental to the achievement of human rights. However, there is still a long way to go before the importance of reducing inequalities in order to eradicate hunger and malnutrition, child labor, illiteracy and other scourges that affect billions of people, is well understood.

Ending poverty is not enough. Inequality causes non-poor people to suffer from very notable deficiencies in the enjoyment of their economic and social rights, even in societies where, in general terms, there are high levels of development. For example, inequality is the gender gap in terms of income in OECD countries.

There are still misconceptions about inequality. It is often seen as an unavoidable side effect: as a mere difference in income levels, a simple consequence of individual decisions, or the result of external constraints such as environmental factors. However, the truth is that inequality is sustained, above all, by power asymmetries, dynamics of discrimination, segregation and undervaluation.

Inequality can manifest itself through different ways. For example, by not being able to access the necessary food in a regular and stable way to avoid hunger, a precarious situation in which 928 million people were found in 2020 (148 million more than the previous year). If we raise the bar to something as reasonable as eating a healthy diet, we will find that 3 billion people cannot afford it. Lack of access to adequate food, along with other factors, contributes to the growth of malnutrition and associated non-communicable diseases. In Spain, the prevalence of obesity in children between the ages of four and 14 is three times higher in lower-income families than in higher-income groups. This trend is no different from that which occurs in Europe and America, and increasingly in other parts of the world, where the prevalence of this pathology is higher in the most socio-economically vulnerable groups, both in children and in adults.

Inequality is sustained above all by asymmetries of power, dynamics of discrimination, segregation and undervaluation

Inequality also means having a shorter life and more diseases. In many countries, food safety systems are only concerned with the needs of the formal sector of the economy, while the rest suffer from infections that affect their nutrition and income. Sometimes, as is the case in much of sub-Saharan Africa and South Asia, this duality does not prevent society as a whole from being regularly exposed to pollutants such as aflatoxins, which in the long term weaken the immune system and promote various types of cancer, particularly of the liver.

Income inequalities in adequate food, access to water and education, among others, end up being reflected in life expectancy. The difference between the 10 countries and territories with the highest and lowest life expectancy is 30%, 83 and 59 years respectively. For reference, the world average is 73 years. The same thing happens between the different socioeconomic groups among the population of each one. In the United States, the life difference in 40-year-old men from the highest and lowest income 1% groups was estimated at 15 years for the period 2001-2014, and 10 years in the case of women.

Not only are economic, social and cultural rights affected, but also the ability of the most vulnerable to exercise their political and civil rights and use them as a lever to enjoy all of them. In some cases, due to explicit and recurrent discrimination based on gender, age, ethnicity, socioeconomic status, or other personal or community characteristics. In a broader sense, due to the decrease in autonomy that precariousness entails, less access to education and information, the accumulation of risks and the deterioration of resilience.

As we can see, inequality not only means being able to exercise fewer options, but also a shorter life with more diseases and hardships, as well as facing greater difficulties to take advantage of the mechanisms of social mobility and the perpetuation of poverty for the next generations.

With a panorama like the one described above, we could be tempted to become demoralized and abandon all efforts, especially if we add the challenges of climate change and the setbacks caused by the crisis triggered by covid-19. If we do not break the dynamics that perpetuate and even exacerbate inequality, we will not be able to succeed in tackling some of humanity’s colossal challenges, including transforming food systems, adapting to and mitigating climate change, or fully mainstreaming them. young people to society, who currently do not find sufficient opportunities or mechanisms that give them a voice in decision-making.

Fortunately, we have the tools that can help us get ahead.

Information technologies and the bioeconomy have tremendous potential. However, by themselves they will not be able to produce the change we need, but rather they must be at the service of society. Otherwise, inequality and risks will increase.

The set of transformations that we have before us requires a profound review and the strengthening of governance both at the global level and in each of the countries. It is about achieving broad and lasting consensus that the current governance mechanisms are not providing enough. It also requires a redistribution of roles for many of our institutions and a better distribution of responsibilities internationally, nationally and locally in view of the interdependence and complexity that characterize today’s world.

The collective action we need to make food systems sustainable and inclusive and tackle climate change can only work if each of us changes our behavior. These massive behavioral changes will only be possible if there are incentives and trust in how the costs are shared and if they are feasible for each person, household and community. The set of challenges we face are intertwined: we will not be able to achieve the Sustainable Development Goals if we do not improve governance and reduce inequality. Human rights provide the framework to strengthen that governance and reduce inequality for the sake of a prosperous and equitable humanity on a shared planet.

Juan Carlos García and Onion He is head of the FAO Right to Food Team.

See also  Sergio Lozano: "If it is nationalized at the stroke of a checkbook, the competition is somewhat distorted" | The spar