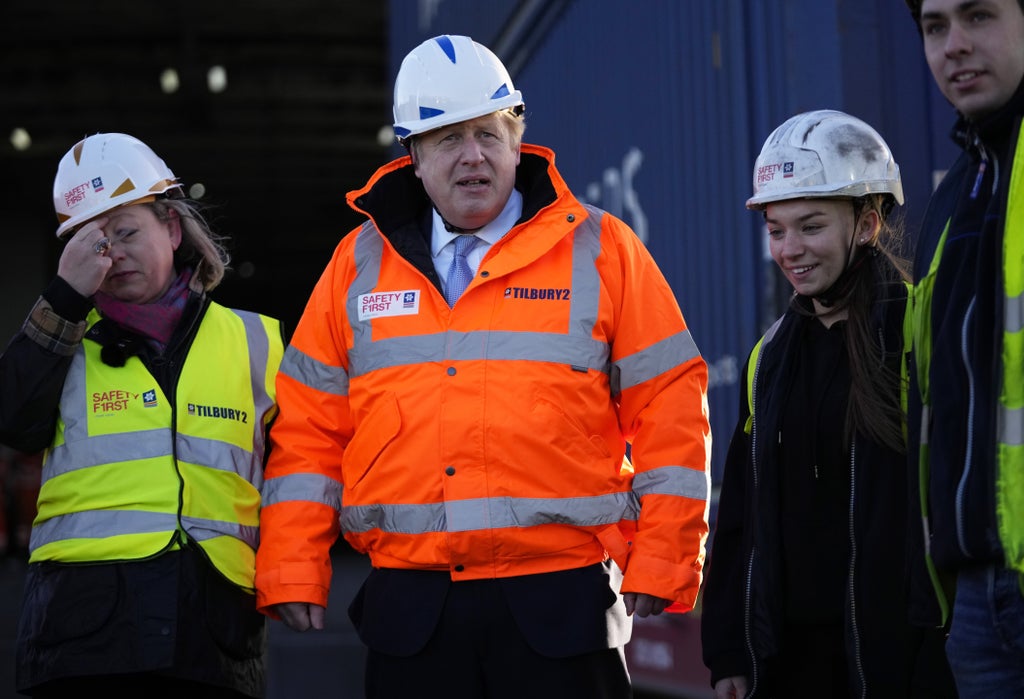 The UK and Scottish governments have agreed there will be two “green freeports” north of the border.

The deal between the two governments comes as Boris Johnson is expected to visit Scotland on Monday.

Freeports – special economic zones offering tax breaks and lower tariffs for businesses – are being promoted by the UK Government as part of its “levelling up” agenda.

Last year the Scottish Government said UK ministers risked undermining devolution if they set up the freeports in Scotland or Wales without the backing of returned governments.

Ministers in Edinburgh later said they would pursue an alternative model called “green ports”, but under the new deal they will be known as “green freeports”.

The Prime Minister said: “Freeports will help to accelerate our plan to level up communities across the whole of the United Kingdom.

“They have the power to be truly transformational by creating jobs and investment opportunities to enable people to reach their potential, and I am delighted that people across Scotland will reap the benefits that will come from having two new green freeports.”

Scotland’s Finance Secretary, Kate Forbes, said: “I am pleased we have been able to reach an agreement on a joint approach that recognizes the distinct needs of Scotland and enshrines the Scottish Government’s commitment to achieving net zero and embedding fair work practices through public investment .

“Scotland has a rich history of innovative manufacturers and so, as we look to grasp the many opportunities of achieving net zero, the establishment of green freeports will help us create new green jobs, deliver a just transition and support our economic transformation.”

The UK Government has committed funding of £52 million to the project and bidders will have to pledge to reach net zero by 2045.

Ministers from both governments will have to say in the assessment and selection process for the bids.

The Scottish Government and the Treasury will use their tax powers, including rates relief, to support the freeports.

Under the UK Government’s model, freeports are centered around at least one air, rail or sea port, but can extend up to 45km beyond.

Leveling Up Secretary Michael Gove said: “This is a truly exciting moment for Scotland, and I am delighted we will be working together with the Scottish Government to set up two new green freeports.

“Green freeports help inject billions into the local economy, while leveling up by creating jobs for local people, and opportunities for people all over the UK to flourish.

“By collaborating using opportunities like green freeports we can work to level up the whole of the UK and bring benefits and opportunities to communities that need it most.”

Tory MSP Liam Kerr, the shadow cabinet secretary for Net Zero, Energy and Transport in Holyrood, described the announcement as “wonderful news” which “will help unlock the economic potential of our ports and kickstart our recovery from the pandemic”.

“Months of SNP dithering and delays had cast doubt over whether these projects would ever get the go-ahead,” he said.

“But I’m pleased that the SNP Government have finally got behind the scheme and worked with the UK Government to deliver this golden opportunity for Scotland.”

Ian Murray, Labour’s shadow Scottish secretary, said regions in England had a head start “because the two governments disagreed over the name”.

“It’s vital that the Scottish and UK governments put their differences aside, and we must ensure that workers’ rights are protected within the zones, creating high-quality jobs and not undercutting others,” he said.

The Prime Minister is expected to start the week with a visit to a manufacturing site in Scotland before heading to an oncology center in north-west England.