A Scots pensioners’ life was saved by two Asda workers in Aberdeen after he collapsed on the shop floor suffering from a heart attack.

The quick-thinking duo delivered CPR to the granddad who to their relief began to gasp for air.

Grace said: “I heard a call for a first aider and the team also rang my phone, so I knew something serious had happened.

“When I heard George had collapsed, I grabbed our defibrillator and ran to his aid. George was conscious but was struggling to breathe, he was finding it difficult to speak to us.

“With the help of Robyn and the customer who found him, we got George into a position where we could administer first aid to him properly.

“He wasn’t breathing so I did three compressions to his chest, and he started to gasp. His eyes were open, but he was still unresponsive.

“We cut his clothes away and put the defibrillator on and it advised us not to shock him at that time which was a relief. We kept it on him just in case. We made him comfortable and talked to him until the paramedics arrived.

Robyn continued: “I helped Grace get George on to his back but his whole face was gray and blue. When Grace did the compressions and he started to breathe it was such a relief.

“Every time we came into work we always asked if there was any update, so it was lovely to see his daughter in store. It was so emotional.”

“It was terrifying but we just kept talking to him to keep him going until the ambulance arrived.”

Earlier in life, widower George worked at the store as a delivery driver and in store before he retired in his mid-70s.

George’s daughter, Caroline Mutch, hailed Grace and Robyn as she visited the shop to express her gratitude.

She said: “My dad, our family and I can’t thank these two ladies enough. They are a credit to Asda. When he collapsed, they performed CPR on my dad and saved his life. Thankfully he’s now recovering well in hospital.

“Doctors are unclear whether his heart totally stopped, or if it just went very slow. They are calling it a heart attack as he’s had issues with his heart since March.

“The doctor at the hospital said Grace and Robyn’s quick actions definitely saved him. If he’d been home alone, he probably wouldn’t have survived.

“I’d really like to thank Grace and Robyn for their quick actions. As a nurse myself, I’ve had to perform CPR many times, so I know they did really well. I had to pop in and thank them in person. “

Did you know you can keep up to date with the latest news by signing up to our daily newsletter?

We send a morning and lunchtime newsletter covering the latest headlines every day.

We also send coronavirus updates at 5pm on weekdays, and a round up of the week’s must-read stories on Sunday afternoons.

You can pop your email address into the sign up box above, hit Subscribe and we’ll do the rest.

Looking back on the experience, Grace added: “It was scary, but the first aid training really paid off for us as the chest compressions saved his life.

“There was a time when we didn’t know if he was going to make it. I’m so glad Robyn was here to support me through it.”

“It was really brave of them as although they are both first aiders, they have never had to deal with a situation like that before.

“If they hadn’t done what they did, George probably would have died. We are so proud of them, and the pair have now been nominated for Asda service superstar awards for their actions.” 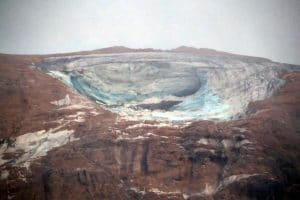