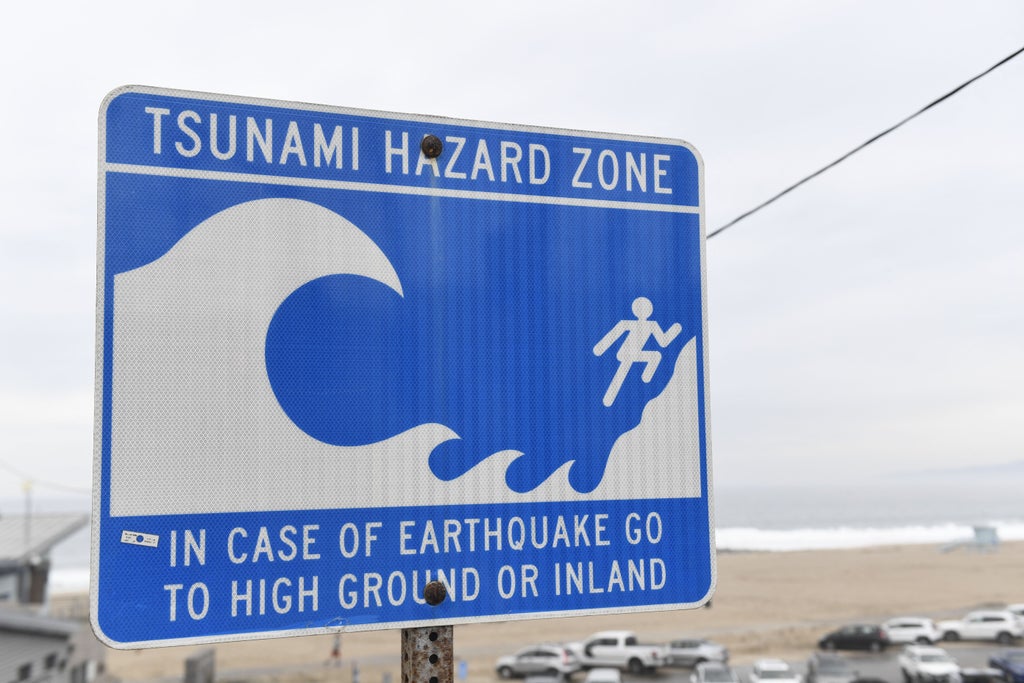 Residents of a Pacific Ocean community in Washington state are set to vote on a measure that could see more than $100m raised to build tsunami-safe schools, amid warnings that thousands of children and others are at risk from an earthquake.

For many years, scientists have been warning about the dangers to communities on what is known as the Cascadia Subduction Zone, that runs more for than 600 miles, parallel to the Pacific Coast, from northern California beyond the tip of Canada’s Vancouver Island.

While there are no contemporary written accounts of the 1700 Cascadia Earthquake, the last major quake in this region, stories about its force have been passed down orally by Indigenous communities.

It is believed to have had a magnitude of 8.7 to 9.2 on the Richter scale and it created a tsunami which struck Japan as well as North America.

Now, residents in the town of Ocean Shores and the nearby communities, are to vote on a ballot measure that would raise more than $100m in taxes to allow the North Beach School District, transform two of their schools into tsunami-safe evacuation centers that could hold up to 2,000 people

“In my mind, it would be just morally unconscionable not to try to improve the safety outlook for our children,” Andrew Kelly, school superintendent of North Beach School District, told The Independent.

Asked what would happen if an earthquake struck, he said: “I try to never speak about things that I don’t know. But I will tell you that all of the scientists who have the best understanding of what a tsunami would do to this community – we would lose every single one of our children if it happens during school.”

He added: “I just feel like we can’t afford to do that. I feel like we should try to create safer structures.”

The measure, set to go to a vote on 8 February, would seek to raise around $110m. King 5 television said the most vulnerable school in the area is considered to be Pacific Beach Elementary School, located about 150 miles southwest of Seattle.

It said that based on new maps from the Washington Geological Survey under the state Department of Natural Resources, the school would be covered by as much as under 29 feet of water following a major coastal earthquake.

The ballot measure says that money would be used for rebuilding Pacific Beach Elementary at a new, higher-elevation location, and making improvements to North Beach Middle/High School and Ocean Shores Elementary.”

It adds: “The overarching goal for all of the district’s schools is to increase needed learning space to relieve classroom crowding and to upgrade essential systems, while developing a tsunami-safe refuge at each school for our students, staff and surrounding community members.”

Ocean Shores, which has a lot of elder residents among its population of around 6,700 people, is one of many in the region to be considered very vulnerable.

the New York Times said the chance of a 9.0 megaquake on the Cascadia fault in the next half-century were one in nine, while the likelihood of a smaller but still powerful quake one in three. It said pressure was continuing to build along hundreds of miles where the Juan de Fuca plate was pushing under the North American plate.

See also  Boy, 16, shouted 'do you want to get sliced up?' then brutally stabbed dad with glass

“Every day, on average, they are being pushed together at about the rate fingernails grow,” said Corina Allen, chief hazards geologist in Washington state.

“Every year that the earthquake doesn’t happen, there’s a higher chance that it will the next year.”

Recently, the US National Weather Service issued tsunami advisories for the entire west coast of the US following a massive volcanic eruption across the Pacific in Tonga.

In the ballot measure proposal, which needs 60 per cent support to pass, Mr Kelly concludes: “The quality of communities is largely measured by their schools, which affects the value of our homes. For many of us, our homes are our biggest asset.”

He adds: “By taking care of our schools, we’re ensuring the investment in our homes is protected. To also be able to make our schools and community safer with this construction is a once-in-a-lifetime opportunity.”