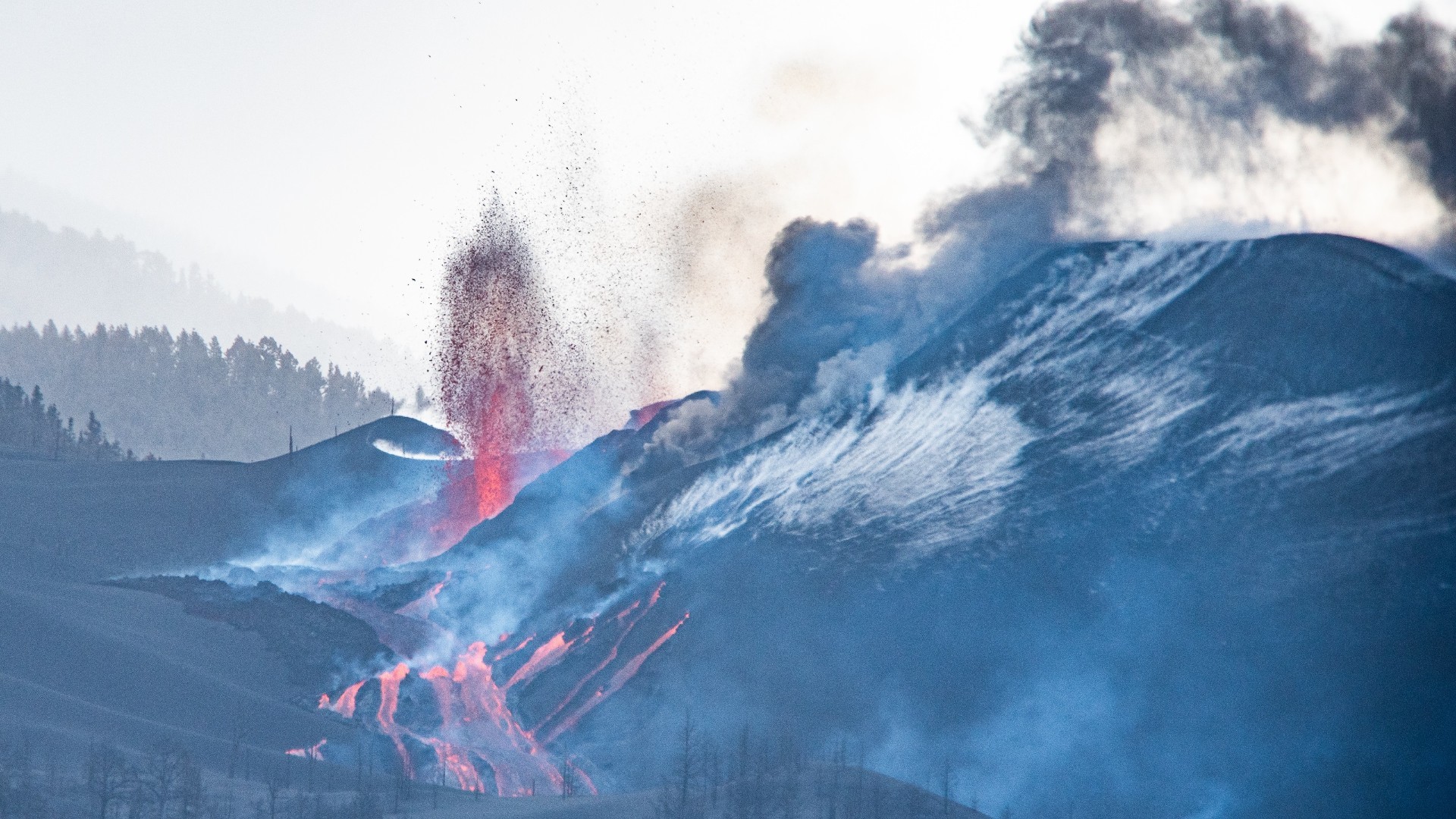 The emission of sulfur dioxide (SO2) has increased again in the Cumbre Vieja volcano with a rate of between 30,000 and 49,999 tons per day, which together with the appearance of new nozzles and another wash, the rebound in tremor and seismicity makes scientists think that there is no near end in sight.

“Maybe we will get over” the 84 days of the eruption of Tehuya (1646), the longest in the last 500 years on La Palma, has admitted at a press conference Francisco Prieto, spokesman for the steering committee of the Canary Islands Volcanic Emergency Plan (Pevolca).

“Unfortunately, the forecast is that the eruption will not end in the short term,” added Prieto, who said that the crisis committee is attentive to the evolution of the new wash that, for the moment, runs close to the one so far located further north.

This Sunday, the lava that runs through the new laundry progresses “quite fluid” and has already crossed the LP-212 highway, from Tacande. “Let’s see if the emission of lava is paralyzed, as has happened with other emission centers in the southern part, or is mounted on the original ones”, Prieto has wished.

For her part, the spokesperson for the Pevolca scientific committee, María José Blanco, has indicated that the opening of these new foci, some with strombolian and phreatomagmatic activity and others with lava effusion, have caused a landslide on the northeast flank of the cone.

As for the rest of the laundry, there are still lava contributions in the central part of them and in the last hours they are invading previously unaffected areas north of the Todoque mountain.

The change of wind regimes, favorable for the operability at La Palma airport, have notably worsened the quality of the air. Thus, the General Directorate of Health and Emergencies of the Government of the Canary Islands has reported the exceeding of the alert threshold for accumulation of SO2 (500 units per cubic meter for three consecutive hours and a peak of 724) at the Los Llanos station, between 10:00 am and 1:00 pm this Sunday.

The air quality with these parameters is considered extremely unfavorable both in Los Llanos and in El Paso and Tazacorte, so it is recommended to the risk population avoid street activity and wear FFP2 masks or superior protection.

Possibility of registering earthquakes of intensity V and VI

The spokeswoman for the Pevolca scientific committee has indicated that the “very high levels” of SO2 in the volcano plume they are “a punctual record” within a downward trend that began at the end of September, when they exceeded 50,000 tons per day. “Let’s hope it is a tree in the forest,” added Prieto, who has admitted that the other signs point to a reactivation of the volcano.

Blanco has again warned of the possibility of earthquakes of intensity V and VI that could cause small landslides in sloping areas.

The figure of people evacuated from their homes and staying in hotels is 528, plus another 43 dependents located in social health centers. The affected area is 1,102 hectares, according to data from the Cabildo de La Palma.

La Palma volcano: This has been the tenth week of eruption