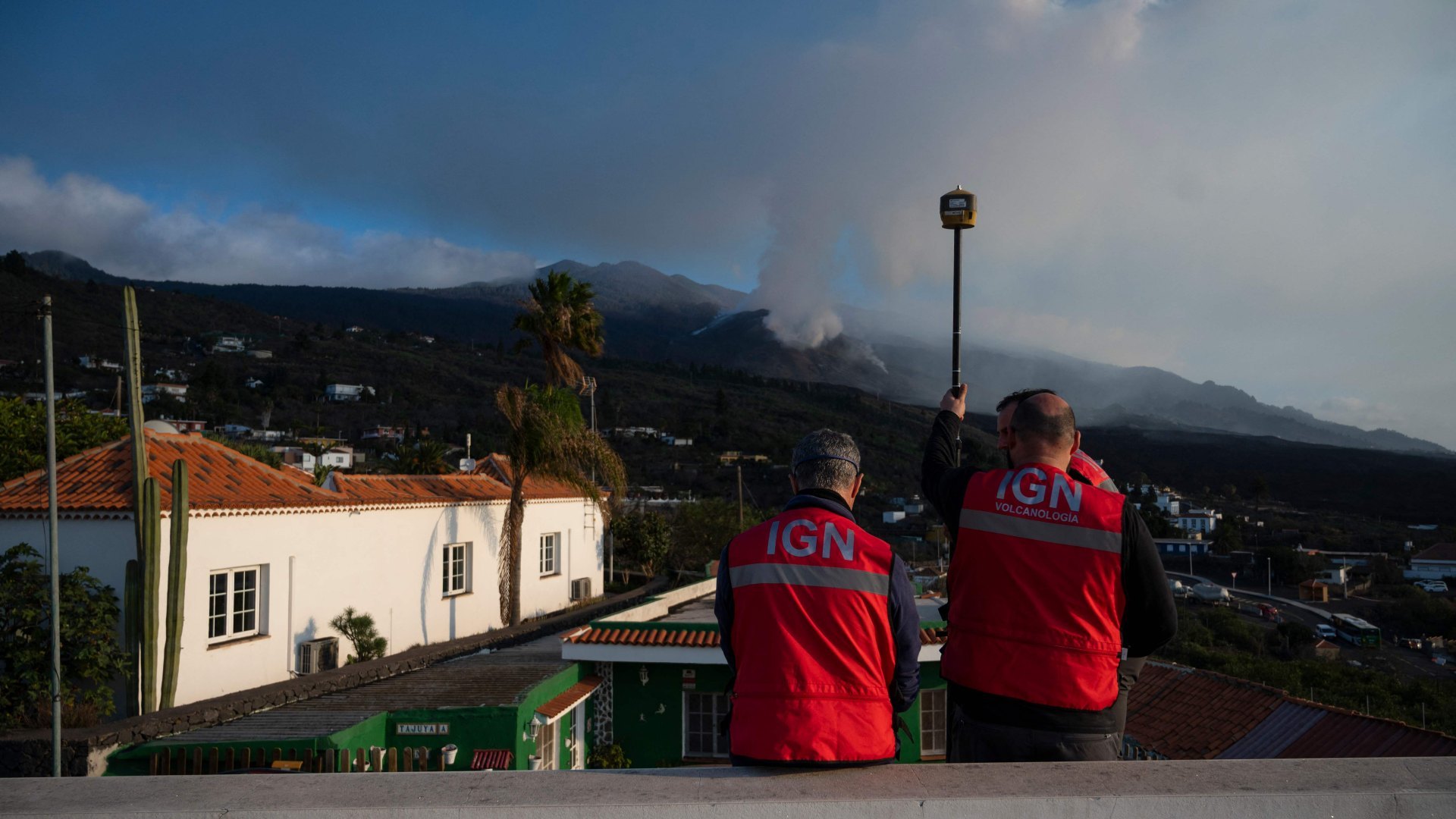 The eruption of the Cumbre Vieja volcano, which is already the longest on the island of La Palma since there are records, shows “signs of exhaustion” in all key parameters but it is still too early to confirm that it is the beginning of the end of the eruption. “Maybe between now and the end of the year. If we continue in this situation (the volcano is still in a coma, although it is breathing), maybe in 15 days we can give you the death certificate“, the geologist of the Geological and Mining Institute of Spain (IGME) Rosa Mateos has warned.

All the key parameters that the experts measure to know the evolution of the volcano have decreased in the last 36 hours: the emission of sulfur dioxide, the volcanic tremor, the seismicity and the deformation of the terrain. The first clear sign of this “exhaustion” was given this Monday, the volcanic tremor (vibrations caused by magma in the volcanic building) that remains at zero.

14 hours – The volcano of La Palma, stopped for more than a day – Listen now

The spokeswoman for the Scientific Committee of the Special Plan for Civil Protection and Emergency Assistance for Volcanic Risk of the Canary Islands (PEVOLCA), María José Blanco, pointed out this Wednesday that the absence of “observables” corroborates the “signs of exhaustion” of the eruptive process ” , but it is not ruled out “a” new upturn in strombolian activity and the emission of streams and that To be able to say that the eruptive process is complete, these data must be kept at current levels for ten days.

At the moment, the emission of sulfur dioxide is “extremely low”, as reported by the Volcanological Institute of the Canary Islands, it is below five tons per day, after having emitted thousands of tons for weeks.

The CSIC volcanologist, Vicente Soler, has indicated in RNE Canarias that we still have to wait a few days before talking about the beginning of the end of the eruption, taking into account the consequences of ending the eruption “in social terms”, that less that five days or a week, because the gas emission persists, it is an almost diffuse emission in the cone, there is no longer a plume like these days ago“.

Seismicity, key to a possible reactivation

However, if there is one thing Soler agrees with other experts, it is in pointing out seismicity as one of the parameters that must be monitored the most. The volcanologist Vicente Soler believes that “the beginning of the end is already,” that “it is not possible to expect (as long as with permission of the seismicity) big reactivations “ and that “everything indicates that if there is no new seismicity this adds up to the end”.

The volcanologist of the National Geographic Institute, Rubén López, assured this morning on TVE, before knowing the collapse of the emission of gases that this parameter had to be monitored, but “all are good signs, a very low seismicity, although there are earthquakes they are very smalls “, with a deformation of the terrain that is not” noteworthy “and the tremor level at zero activity” for more than 24 hours “.

The seismicity, both intermediate (10-15 kilometers deep) and deep (more than 20 kilometers), remains low, although very low magnitude earthquakes are still being detected (which according to data from the National Geographic Institute does not reach 3 MbLg).

Refering to deformation of the ground, there is a “tremendous stability and even some deflation“and the seismicity which is very low also so there would be no magma feeding to the volcanic system, points out the geologist of the IGME, Rosa Mateos.

I know These are low-magnitude earthquakes that are currently visible due to the absence of tremor, has pointed out the volcanologist of the National Geographic Institute, Rubén López.

The geologist of the Geological and Mining Institute of Spain Rosa Mateos, has explained in statements to RTVE that the volcano has been in a technical stop for 36 hours, as if it had entered a coma. “It is true that it is the longest break we have seen since the eruption began “, Rosa Mateos assured RTVE, who considers that the volcano cannot be considered” for dead “yet.

In addition, volcanic cones are crumbling inland, something that would also be a sign that the eruption is in some stages of exhaustion, explained Mateos.

“SIf you have new pulses of activity, then you have to wait a little longer. We always say that nature has its times and that sometimes it does not coincide with ours. I’m still a little cautious, “added the IGME expert.

Precisely, one day before this stop occurred, last Monday, one of those pulses occurred, a reactivation of the volcano’s activity and the volcanic plume reached 4,000 meters, the highest height recorded since the beginning of the eruption and the more than 3,000 residents of El Paso, Los Llanos de Aridane and Tazacorte had to remain confined for four hours due to the increase in the emission of sulfur dioxide.

See also  Larry Miller: “If I find someone, I'm going to kill them”: a Nike executive describes his crime 56 years later | International

The volcano was already showing the first signs of weakening at the beginning of this month and the stagnation of one of the volcano’s flows allowed on December 9, around thirty palm families, of the more than 6,000 evacuated people, to return to their homes in Los Llanos de Aridan, in the absence of danger of being washed away by lava and the decrease in the concentration of gases.