A horrifying video showing a schoolgirl being brutally attacked by a group of girls has now been shared by her family in a desperate bid to end bullying.

Police have now confirmed that they are probing an alleged assault in Wonford in Exeter on the evening of May 22 at approximately 5.50pm.

Victim Mariah Land, 14, had been at a local park with friends when it is alleged that a group of teenage girls tried to intimidate her and then followed her, Devon Live reports.

Mariah was close to her home when it appeared that she was suddenly set upon from behind while a member of the gang filmed the attack.

The frightening footage showcases Mariah being repeatedly kicked and punched to her face and body, including when she falls to the ground.

When she then gets up, the video shows her head hitting a concrete post following another blow.

She is currently off school and is recovering at home from concussion and bruising and scratches to her body. During the incident, her mobile phone was also damaged beyond repair.

Her mum, Kerry Westcott, said: “She ended up in hospital last night as she kept feeling sick and dizzy, and has had a constant headache since it happens. The doctors confirmed she has concussion.

“At the moment I think she is putting on a brave face but I think further down the line the emotional scars will come out. It’s unacceptable what happened to her and heartbreaking. They were like animals in a zoo.

“Things like this aren’t just happening to my daughter. There are many kids this is happening to and it needs to be stopped.

“It was horrible that her attack was filmed and shared but, in a way, it has done her a favor as it’s all on video for the police to investigate and there’s no getting away from what happened.

“The most shocking part – apart from the concussion and grazes – is that she came out of it quite unscathed considering the blows she took to her head and body.”

Her brother Keira added: “Yesterday I got sent the video and hearing what Mariah said happened and then seeing it was two different things. They came up from behind and you can hear her saying, ‘what are you doing, what have I done? ‘.

“They pulled her hair, dragged her to the floor and kicked her in the face and body and smashed her face into a concrete post.

“It’s also the fact she went to walk away from it but they carried on. Apart from the concussion and scratches, it could have been a lot worse.

“The attack was then posted all over social media so hundreds of people have seen it and have been disgusted by it. I just want people to see how disgusting it is and try to get the word out there that bullying and ganging up on people should be stopped.”

See also  The stars of Strictly Come Dancing act coy and brave the cold as they head to the celebrity hangout after the Manchester show. 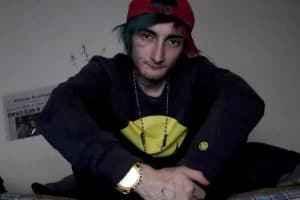