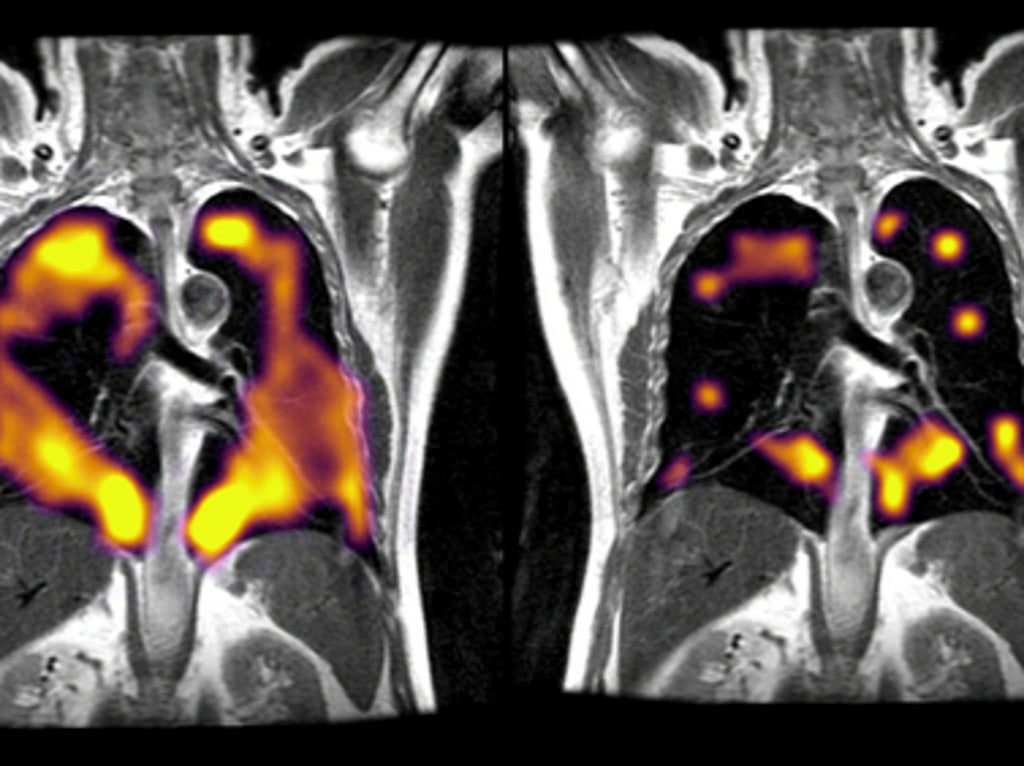 Some who suffer from long Covid have developed abnormalities in their lungs that cannot be detected with routine tests, a study has discovered.

Researchers used xenon gas to detect potential lung damage in the patients who have not been admitted to hospital, but were experiencing periods of breathlessness after having had the virus.

The odourless, colourless, tasteless and chemically non-reactive gas behaves similarly to oxygen, allowing radiologists to track its movement from the lungs and into the bloodstream.

During the scan – which is over in a matter of minutes – patients were asked to lie in an MRI scanner and inhale one liter of the xenon gas.

As the examination does not require radiation exposure, it can be repeated periodically to track any changes to a patient’s lungs.

Fergus Gleeson, the study’s lead investigator and professor of radiology at the University of Oxford, said: “What we’ve found now is that, even though their CT scans are normal, the xenon MRI scans have detected similar abnormalities in patients with long Covid .

“These patients have never been in hospital and did not have an acute severe illness when they had their Covid-19 infection.

“Some of them have been experiencing their symptoms for a year after contracting Covid-19.”

I added: “There are now important questions to answer. Such as, how many patients with long Covid will have abnormal scans, the significance of the abnormality we’ve detected, the cause of the abnormality, and its longer-term consequences.

“Once we understand the mechanisms driving these symptoms, we will be better placed to develop more effective treatments.”

The research team from Oxford, Sheffield, Cardiff and Manchester made their discoveries during an initial pilot made up of 36 participants split across three groups. The full Explain study will recruit some 400 people.

The first group was made up of people diagnosed with long Covid who had attended specialist clinics and who had normal CT scans.

The second contained people who had been hospitalized with coronavirus and discharged more than three months ago, with normal or nearly normal CT scans and who were not experiencing long Covid.

The third group was an age and gender-matched control group who did not have long Covid symptoms and had not been admitted to hospital.

Dr Emily Fraser, who heads up the Oxford Post-Covid Assessment Clinic, said: “These are interesting results and may indicate that the changes observed within the lungs of some patients with long Covid contribute to breathlessness.

“However, these are early findings and further work to understand the clinical significance is key.”

She added that people should also not give up on the current exercises and rehab they are working on in the meantime.

The method and clinical applications were developed by Professor Jim Wild and the Pulmonary, Lung and Respiratory Imaging Sheffield (Polaris) research group at the University of Sheffield.

Prof Wild said: “Xenon follows the pathway of oxygen when it is taken up by the lungs and can tell us where the abnormality lies between the airways, gas exchange membranes and capillaries in the lungs.”

The study, which received Government funding, is supported by the NIHR Oxford Biomedical Research Center (BRC).

The findings, which have not been peer-reviewed, were posted on the bioRxiv pre-print server.