Skip to content
Home News Saudi GP F1: Hamilton wins a controversial duel with Verstappen and will play the title in the last race | sports 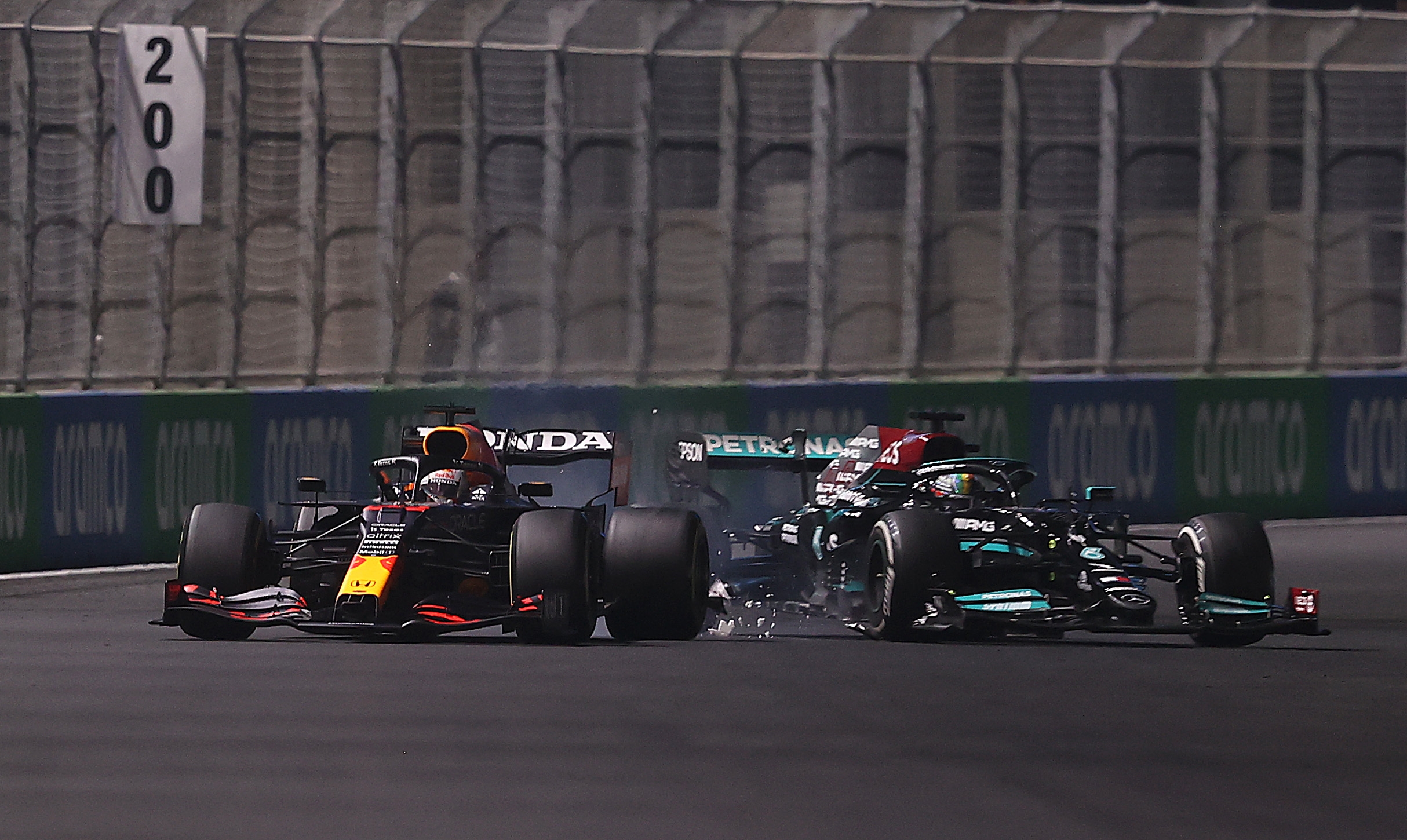 All the praise that has deservedly rained down on Max Verstappen since his debut in Formula 1 in no way justifies the lack of sportsmanship demonstrated by the Dutchman yesterday at the Jeddah circuit, in Saudi Arabia, where he lost his nerve, his head and we will see if the world Cup. The Red Bull driver starred in a display of foul play and indiscipline that left him in a very bad place. Turned on by the miscalculation he made Saturday in qualifying – he gave Lewis Hamilton a pole who was his at a curve from the end—, the Dutchman went into a spiral of uncontrol that led him to perform a series of unacceptable maneuvers as dangerous, and with them to compromise the victory and something much worse, his integrity.

In an impossible-to-forget grand prix on the fast-paced Jeddah circuit, Verstappen made it clear that he still has to grow up and learn to defuse those unnecessary outbursts that occasionally flare up, beyond his control. The worst of all was the braking on lap 38, with twelve to go by the end of the race in Saudi Arabia, after receiving the instruction to return the lead to Lewis Hamilton, who could not avoid him and rammed him slightly from behind. At the end of this edition, the stewards – who summoned the two drivers to testify – were investigating the images and telemetry of the maneuver, even though they already imposed a five-second penalty on Verstappen for over-braking at the first corner. of the track, in an attempt to prevent his rival from overtaking him (lap 37).

Hasselt’s boy was third in a stage that is faced in eighth, and from there on, any excuse like the ones he put later is superfluous. “I wanted to let him pass and that’s why I slowed down. Lewis didn’t want to come in and we touched. I don’t understand what happened ”, Verstappen justified himself, who had already put the stewards in trouble before, due to braking passes in which he almost took his only opponent in the test. Special mention deserves the intervention of the commissioners of the International Automobile Federation (FIA), who came to market with the positions that one and the other should occupy in the second of the three starts of a test that led to a frenzied runner-up.

Almost a decade after two different teams played the championship at the last stop on the calendar, Mercedes and Red Bull are involved in one of the most explosive battles in the history of Formula 1, in part due to the size of their two main soloists, two unique riders, one of those specials that appear very from time to time and that stand out from the rest, who are also very good. Hamilton is already seen by most of the fans as the best ever, a consideration that is still completely personal, but in any case validated by a brilliant record, in which seven world champion crowns accumulate, more than one hundred victories (103) and as many pole position (102). In Abu Dhabi, Hamilton seeks his eighth crown and to place himself on the altar of the altars, above the myth, of the German Michael Schumacher. On the other side is Verstappen, a beast that lives permanently caged, with a pure talent beyond any logic, almost as much as his level of irreverence and, on specific days like this, also obfuscated.

When two phenomena of this magnitude meet, the result is a blessing for the fans, who have been wanting to march for a long time. If the loot at stake is nothing less than the crown and the season is nearing the end, that’s when shows like this Sunday take place. As if the voltage weren’t high enough, the Jeddah circuit, an unforgiving mousetrap, turns the pulse into a veritable roller coaster that this time fell on Hamilton’s side. The current champion drew on the experience that his 20 years in the competition give him to find the calm that catapulted him towards his eighth victory of the course. Verstappen’s second place causes both of them to arrive with the same points at the last meeting, next Sunday in Abu Dhabi, where whoever finishes ahead will be the winner of one of the most brutal brawls in remembrance. “I’ve been running for a long time, but this was one of the demanding ones. I tried to be tough but also sensible. My baggage kept me on track, being clean, “summed up the winner, in a podium ceremony in which tension was cut with a plastic knife.

Third place was taken in agony by Valtteri Bottas, who passed Esteban Ocon on the same finish line, while Carlos Sainz finished in eighth position and Fernando Alonso was thirteenth